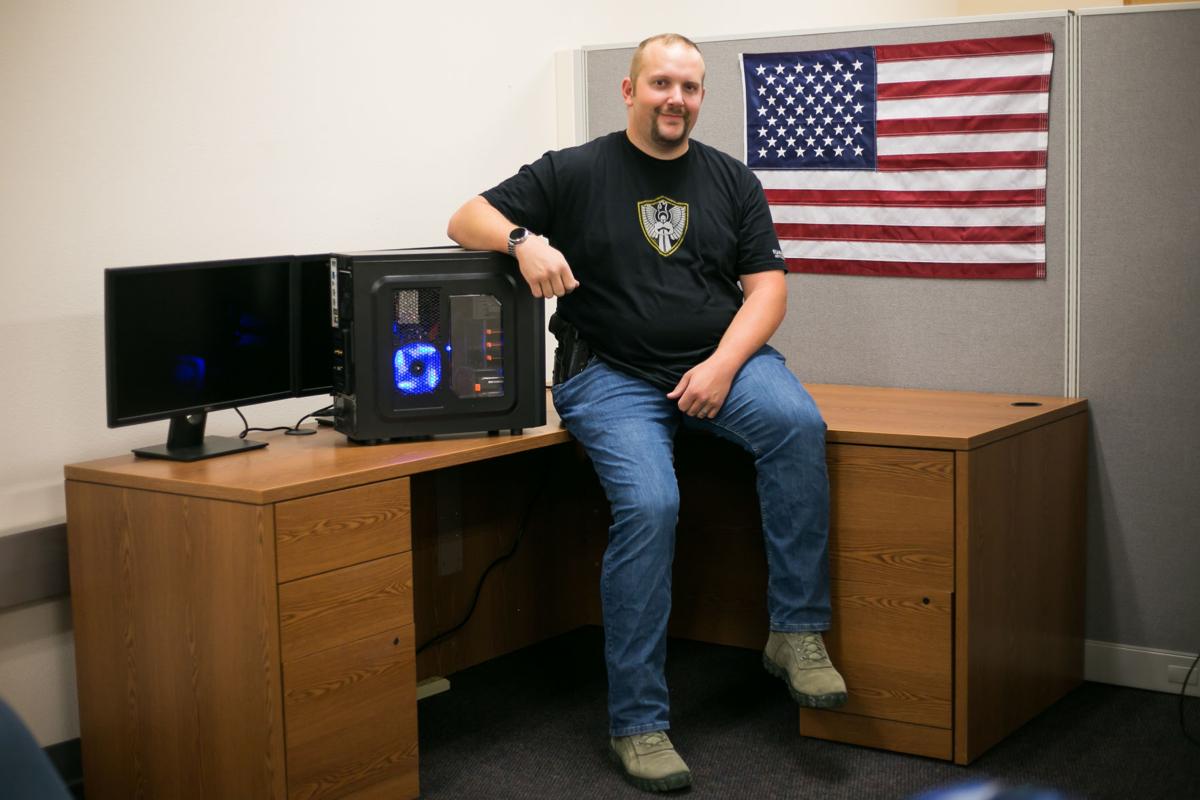 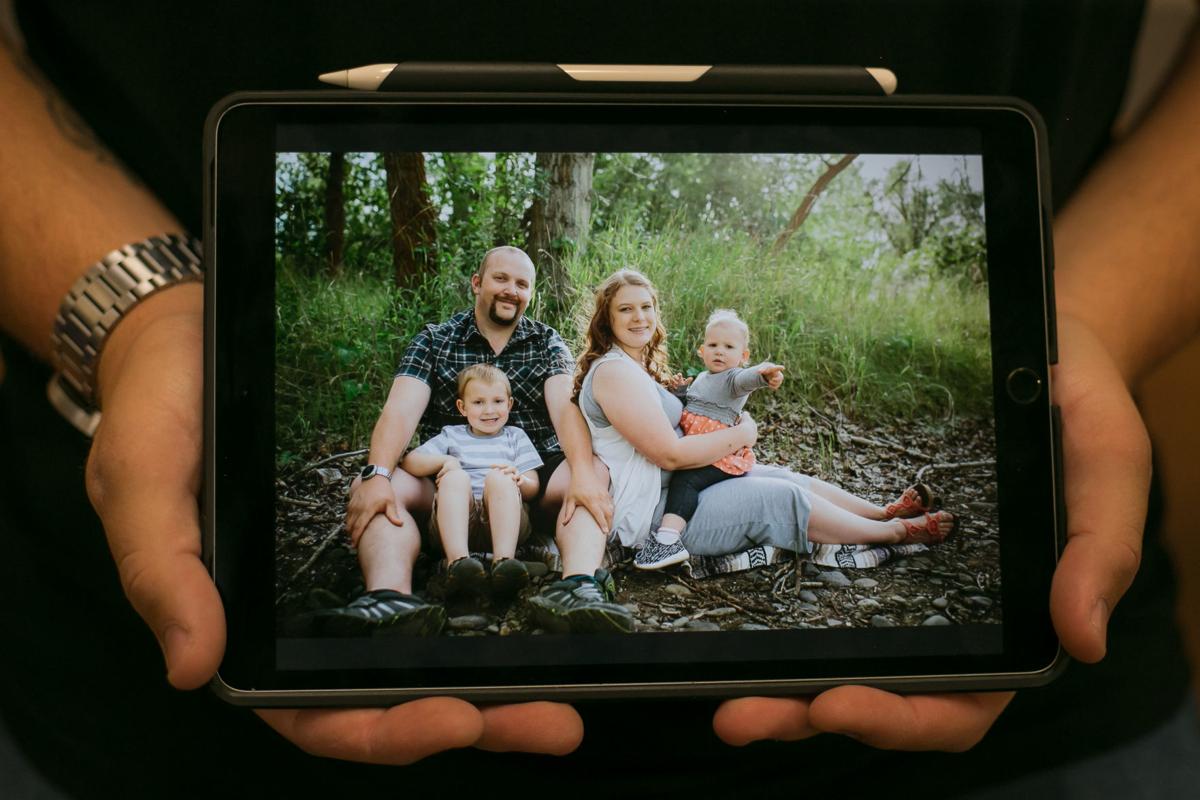 Horace Ward holds a photo taken by Yakima's Sarah Jane of his family including his wife, Kaythlyn Ward, and their two children, 5-year-old Jackson Ward and 1-year-old Evelyn Ward, at his office in Yakima, Wash. on Tuesday, Aug. 14, 2018. Ward’s five favorite things include his wife, his two children, his custom-built computer, the United State of America, and his firearms.

Horace Ward holds a photo taken by Yakima's Sarah Jane of his family including his wife, Kaythlyn Ward, and their two children, 5-year-old Jackson Ward and 1-year-old Evelyn Ward, at his office in Yakima, Wash. on Tuesday, Aug. 14, 2018. Ward’s five favorite things include his wife, his two children, his custom-built computer, the United State of America, and his firearms.

Horace Ward, 27, is a graduate of East Valley High School. He spent two years in habitat restoration and natural disaster response with the Washington Conservation Corps and also built aircraft with CubCrafters while attending American Military University, where he got his degree in emergency and disaster management.

Horace volunteered for about four years with the Yakima Valley Office of Emergency Management before becoming its senior emergency planner a little more than a year ago. These are a few of his favorite things.

“My wife is one of my favorite things because she was the one that leveled me out after high school and has kept me on the right track,” Horace said. “She’s also a safe spot to go home after a long day at work or any natural catastrophe.”

Not every guy can say he married his high school sweetheart, but Horace can. He met Kaytlyn, 26, in East Valley’s JROTC and they married on July 1, 2011.

The proud father speaks highly of his son’s sense of humor as well as the maturity the boy already exhibits.

“He understands bigger concepts — I’m able to talk to him like an adult, not a kid,” Horace marveled.

Jackson excels in reading and writing and can already read any book handed to him.

“It’s gonna be exciting to watch him grow continually,” Horace said. “He’s my timid child. He’s much more into reading and learning and doing stuff inside, whereas my daughter is kind of the polar opposite.”

Evalyn may be only 1 year old, but Horace said she’s very intelligent and already able to speak in full sentences.

“She’s Daddy’s girl,” he said. “She always wants to do whatever it is that I’m doing.”

And as Evalyn gets older, Horace doesn’t think he needs to worry about her being able to hold her own or stand her ground because she’s already able to beat up her older brother with ease.

“She’s kind of like a Sour Patch Kid,” he laughed. “She can punch you in the face and then give you a big hug and a kiss — it’s very sweet.”

“I’ve built my own computer with all the parts that I wanted and she’s my graphics design machine,” Horace said.

He began honing his computer skills in high school while attending the computer technology program at Yakima Valley Technical Skills Center. He uses the unit he created himself to dabble in Photoshop and a variety of other pursuits.

“She’s built exactly how I want it and looks

equally as beautiful,” he said.

Horace got everything he needed to build his computer online, but when it comes to folks he knows for parts or repairs, he recommends Computer Works at 1715 S. Third Ave., No. 1 in Yakima. Check out the website at www.compwrx.com for more information.

“I enjoy target shooting and defense training in my free time,” Horace said.

With a collection of firearms he’s built throughout his life, he’s a true believer in gun safety education and the need to be a responsible gun owner.

And as a teacher of preparedness here in the Valley, he said being prepared for defense — especially defending your family — is something he keeps at his core.

“He’s got a really good selection of everything and he’s a really nice guy to work with,” Horace said.

Go to www.lotsagunsnstuf.com for more information.

For target practice, Horace sometimes heads to The Range at 1701 Garretson Lane in Yakima. Check out www.therangellc.com.

“It is my favorite because despite all the negative that exists we are still the land of the free and home of the brave where everyone has equal opportunities to succeed and fulfill their dreams,” he said.

Horace loves the country because he sees it as a place where everybody shares the opportunity to do what they want.

“I started out as a poor kid in Yakima County and got to where I am because I kept pushing forward and never let life get me down,” he said.