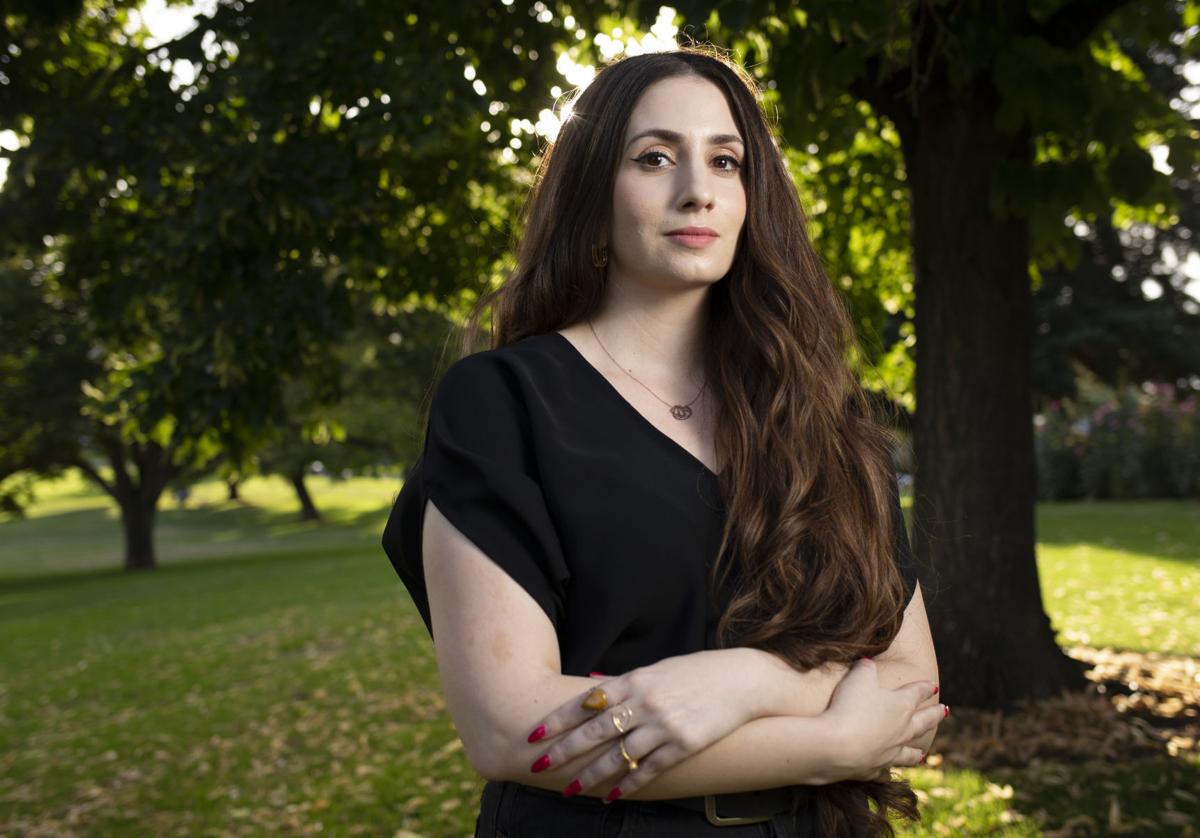 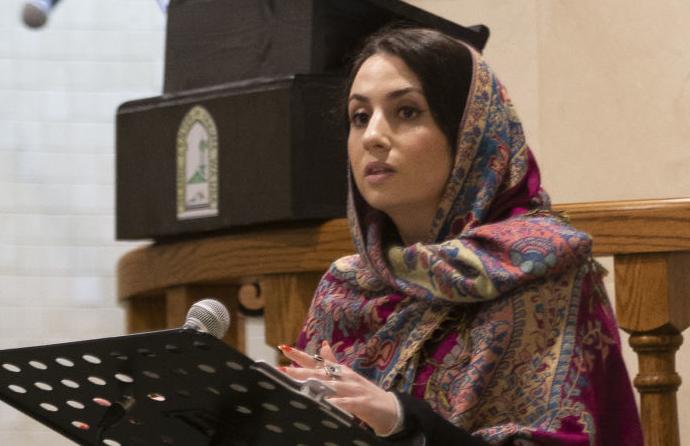 Salam Awad speaks during a prayer vigil at Islamic Center of Yakima for the victims of the Christchurch, New Zealand, mosque shootings on March 29, 2019, in Yakima, Wash.

Salam Awad speaks during a prayer vigil at Islamic Center of Yakima for the victims of the Christchurch, New Zealand, mosque shootings on March 29, 2019, in Yakima, Wash.

Salam Awad was born and raised in Yakima. Her parents live here, and she continues to live here, working remotely as she begins her new job as an assistant professor of political science at Bellevue College near Seattle.

An adjunct professor of political science at Central Washington University for the past three years, Awad’s areas of expertise and teaching interests include international law, human rights and social movements, with a focus on the Middle East.

She and her family’s Palestinian heritage became a much bigger issue 20 years ago, as the terrorist attacks of Sept. 11, 2001, caused many Muslim Americans to face hostility and suspicion.

“My parents (Aziz and Nafizah Awad) immigrated to the U.S. in the 1970s, and they’ve lived in Yakima since the 1990s,” Salma Awad said. “They love this community, they love Yakima as a whole.

“A lot of great community members have always supported them, have stood in solidarity with them, even after the Sept. 11 attacks.”

Awad is a member of the Islamic Center of Yakima, and agreed to answer questions from the Yakima Herald-Republic about the terrorism of Sept. 11 and how it has affected Muslim Americans in our community.

What do you personally remember about the immediate aftermath of Sept. 11?

I was 10 years old on 9/11. I remember waking up and watching the news with my family and being terrified. I think for most Muslims we faced a dual fear — on one end we were all afraid along with the nation following the attack, fearful for whether there would be more, what would happen next, etc. — and we also feared for our safety as Muslims once everyone started emphasizing the identity of the hijackers.

I remember going to school and students asking me things like whether I personally knew the hijackers or had ties to Osama bin Laden. This was very painful and frustrating for me as a child.

I think for most of us, 9/11 defined a period of isolation and fear for us as American Muslims where our identifies and beliefs were seen as a threat in the USA, and for most of my life I have had to play on the defense and explain to people what I am NOT as opposed to who I am and what I believe. This carries its own trauma and alienation. And, sadly as Muslims, we have all faced this in some shape or form.

Has the amount of bias faced by Muslims (and the understanding of Islam) gotten better or worse in the 20 years since the attacks?

Following 9/11 hate crimes against Muslims skyrocketed, and it was particularly women who wore hijab that were attacked. I remember my grandmother calling my mom from Palestine and telling her she should consider taking off her hijab during this time. My mother refused, but I know many other women who removed theirs out of fear.

In our community, we had multiple incidences of older hijabi women being harassed. These attacks increased to a larger extent once Donald Trump took office. We felt it here in Yakima between 2016-2018, and statistically speaking these were the years where hate crimes against Muslims spiked once again, and some reports indicated that they surpassed the levels reported in the immediate aftermath of 9/11.

I don’t think the bias toward Muslims has improved. There are so many different factors we can discuss here, but it’s important to consider the war on terror and how the last 20 years have had devastating consequences on predominantly Muslim countries.

I think if we look at Afghanistan now we see the full extent of this statement, particularly since after 20 years of war, America’s longest war, the Taliban have a stronghold over Afghanistan once again. The war on terror has led to a massive refugee wave, among the destabilization of the region, which has sparked alarming accounts of Islamophobia overseas.

There are European countries like the Czech Republic and Hungary that have some of the most hostile polices toward any Muslim asylum seekers. Extremist nationalist parties have risen all over Europe with clear Islamophobic platforms, and it’s frightening. The terrorist act in Christchurch, New Zealand, demonstrates what this hatred and bigotry can lead to.

It’s not just Europe, it’s the USA, too. Islamophobia was commonplace with the Trump administration, from their Muslim bans to Donald Trump saying things like “I think Islam hates us.”

American Muslims have, however, taken firmer stances and fought against the stereotypes and bias we receive as Muslims.

Earlier this spring I taught a course for the Ethnic Studies Department at Central Washington University on Muslims and Muslim Americans. In that course, I had students interview Muslims from all walks of life to dispel the monolith stereotype of the Muslim identity that is still used in most discourses on Islam and Muslims.

In that course we focused on Orientalism through problematic films like Disney’s “Aladdin,” for example, and their portrayal of Muslims. Additionally, we talked about the hijab and hijab bans in countries like France and how powerful Muslim women like Ibtihaj Mohammad have spoken out against such bigotry.

I think it’s vital to continue having these discussions, exploring Orientalism and its impact on our society, and championing the strong Muslim-American voices today that are fighting misconceptions and stereotypes.

What are some ways non-Muslims in Central Washington can reach out or better understand their neighbors?

Our community here in Central Washington is large and extremely diverse. We have Muslim families from all parts of the globe, and we are grateful to our Yakima community members who have welcomed us with open arms and made us feel safe during hard times.

I think the best way to understand Islam better is to simply listen to Muslim voices and eliminate all assumptions, fears, etc., that have been instilled into our society and culture through media and politics.

We have a long way to go, but there have been great strides made within the last few years that are paramount. One of my favorite memories was the first interfaith iftar we had in 2018 at the Islamic Center of Yakima, where over 100 members of the Yakima community broke bread with us during Ramadan.