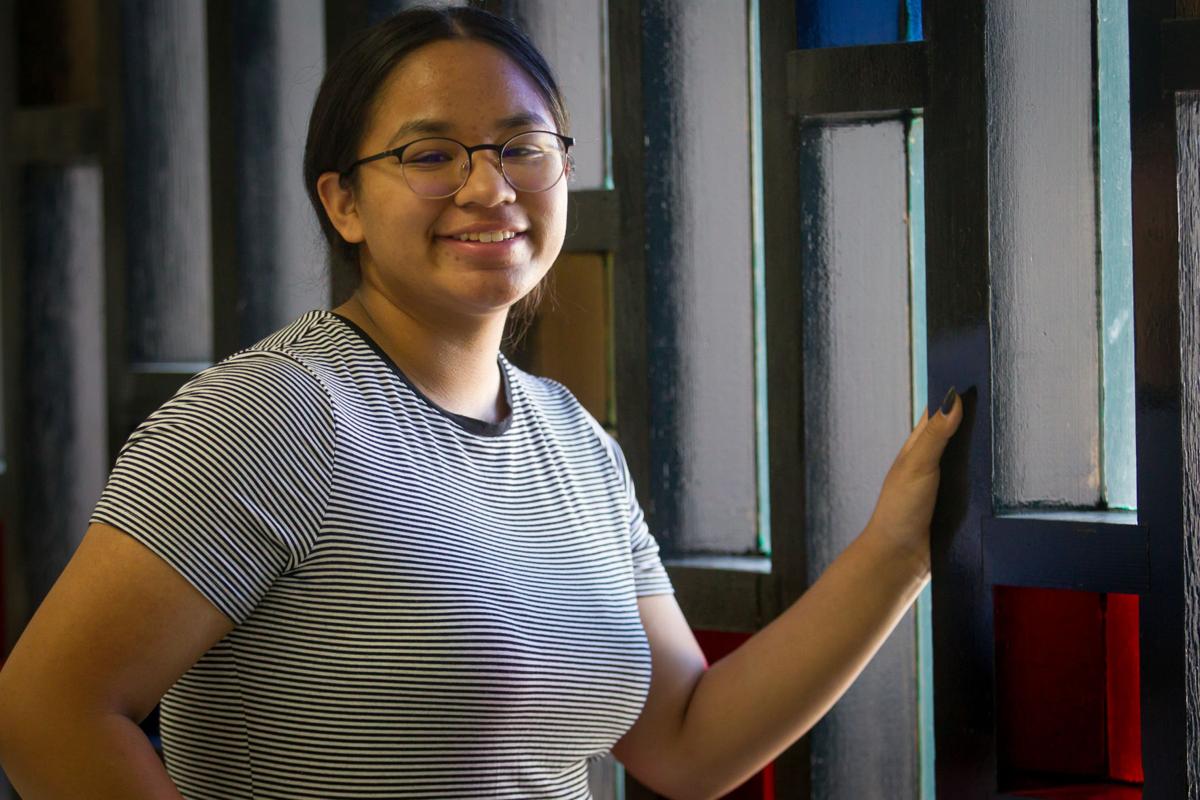 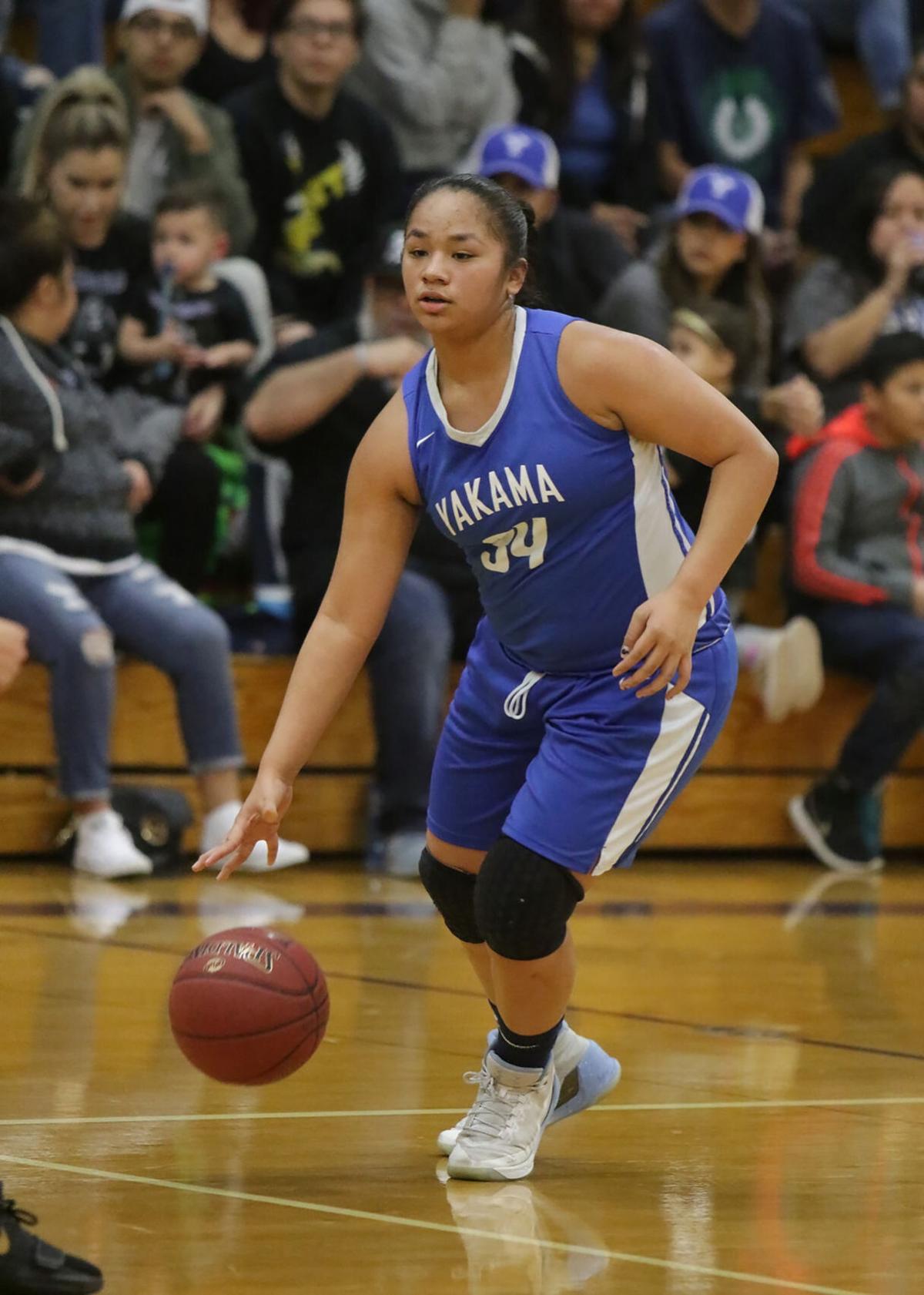 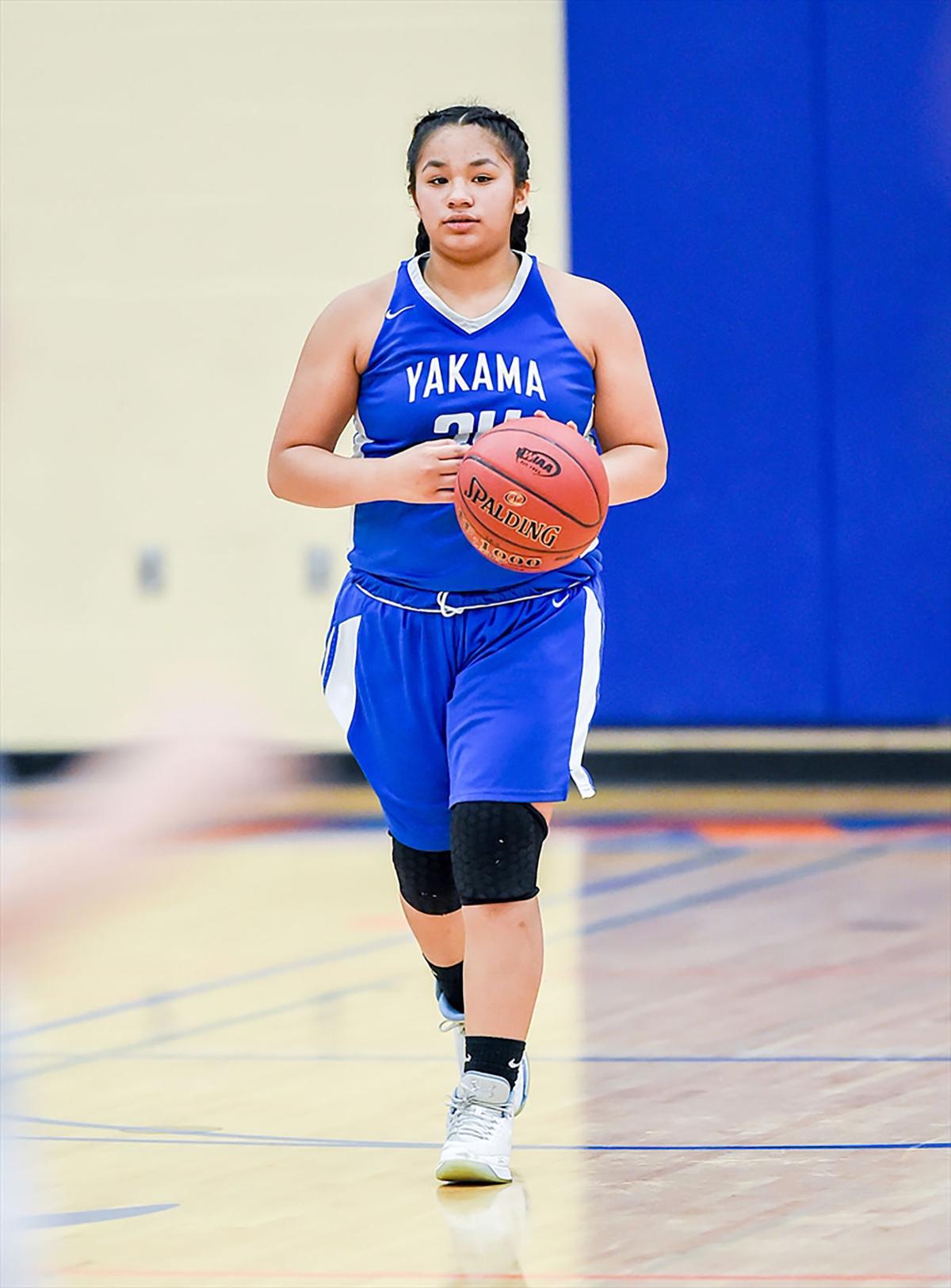 The basketball game against rival Sunnyside Christian on Feb. 14, 2020, didn’t begin well for Jada Liulamaga. The Yakama Nation Tribal School point guard had a rough first half. That got to her head.

Jada had a big goal that night. She was on the cusp of surpassing 1,000 points and would be only the second young woman at the school with that number. Family and friends were in the crowd, ready to help her celebrate.

Something clicked in the third and fourth quarters. The Eagles beat Sunnyside Christian, and though it wasn’t one of Jada’s highest-scoring games, she reached 1,000 points.

Jada graduated from Yakama Nation Tribal School in Toppenish on Tuesday and plans to go to college for a business degree. She also hopes to keep playing basketball in college, starting with a two-year college for her core credits, then transferring to a four-year university to finish.

Basketball is a passion that has brought Jada many accolades since she began playing in third grade. The sport strongly encouraged and supported by her parents has been even more important in keeping her focused and helping her deal with an incalculable loss during her final months in school.

Jada and four of her siblings had already lost their father, Marcus Liulamaga, in March 2015. Cuevas had five children with Liulamaga, her first love: Jada and Isela, 19; Karmelina, 15; Isaia, 10; and Marcus, 6.

In 2017, Cuevas met Robert Farmer, who survives. They had two children together — Keaton, who is 3, and 2-year-old Jessa.

Jada’s father played basketball and football. Her mother was a pitcher for the Toppenish High School softball team. Both were supportive of all of their kids’ activities, said Jada’s cousin, Gabriel Huereca, 24. Jada and Huereca grew up together and consider themselves siblings.

Huereca and Jada’s grandma, Louiza Umtuch, have temporary guardianship of the Liulamaga siblings. Another court date is set in July for full guardianship. All are living with Umtuch.

“They cared about their children so much and wanted them to succeed in everything they did,” Huereca said of Jada’s parents. “They would always tell their children, ‘If you put in hard work at something you want, you will expect good outcomes. But also remember to remain humble in the process.’

“They were really just loving and caring parents who wanted the best for their children no matter what they did.”

Though she also competed in volleyball, cross country and track and field, basketball has always been Jada’s favorite sport.

“Our family is really big on basketball,” said Huereca, who also played basketball and ran track.

Jada’s prowess on the court has earned the admiration of friends and competitors. On May 25, she got a triple-double for Yakama with 23 points, 13 rebounds and 11 assists, the Walla Walla Union-Bulletin reported.

“(She) was tough to contain,” Pomeroy coach Brock Ledgerwood was quoted as saying in the game story.

The team went to state when Jada was in eighth and ninth grades and in her junior year, she said. That was the first year the Eagles won district championships. She was honored as player of the year her sophomore and junior years.

Along with basketball, high school overall was a “pretty good experience just because I was close to the majority of my culture,” Jada said. She took two years of Ichiskíin, also known as Sahaptin. It’s the language spoken by the Yakama people in Washington, Oregon and Idaho.

Jada especially enjoyed the traditional food gathering activities held by the school. Students go into closed areas of the 1.3-million-acre Yakama Reservation — remote places open only to tribal citizens or those with permission from officials of the sovereign nation — to gather huckleberries and dig roots for school use and the annual Elders Dinner in November.

The traditional food gathering allows students to experience the closed area and customary gathering practices of the Yakama Nation, according to the student handbook.

Though Jada is officially a point guard, she can play any position, Huereca said. She has been talking to a few people about playing in college, but will get more attention when she participates in a national middle and high school basketball tournament from June 25-27 in Henderson, Nev.

Family members have held a raffle to help fund her trip and may do more, Huereca said. Jada got so much love and support from her parents, Huereca said. He and many others will continue that.

“I’ll always be there right behind you supporting you no matter what,” he said.

A GoFundMe memorial fund was set up in Gresha Marie Cuevas' name soon after she died. Organizers wanted to raise funds to help alleviate the cost of putting her to rest and provide support for her children.

Get more information and visit the GoFundMe page:

The Yakima Herald-Republic will profile area graduates over the next several days. A special graduation section appears inside today's edition, and online at yakimaherald.com/graduation.

Getting closure: Yakima Valley graduation ceremonies will be more normal this year