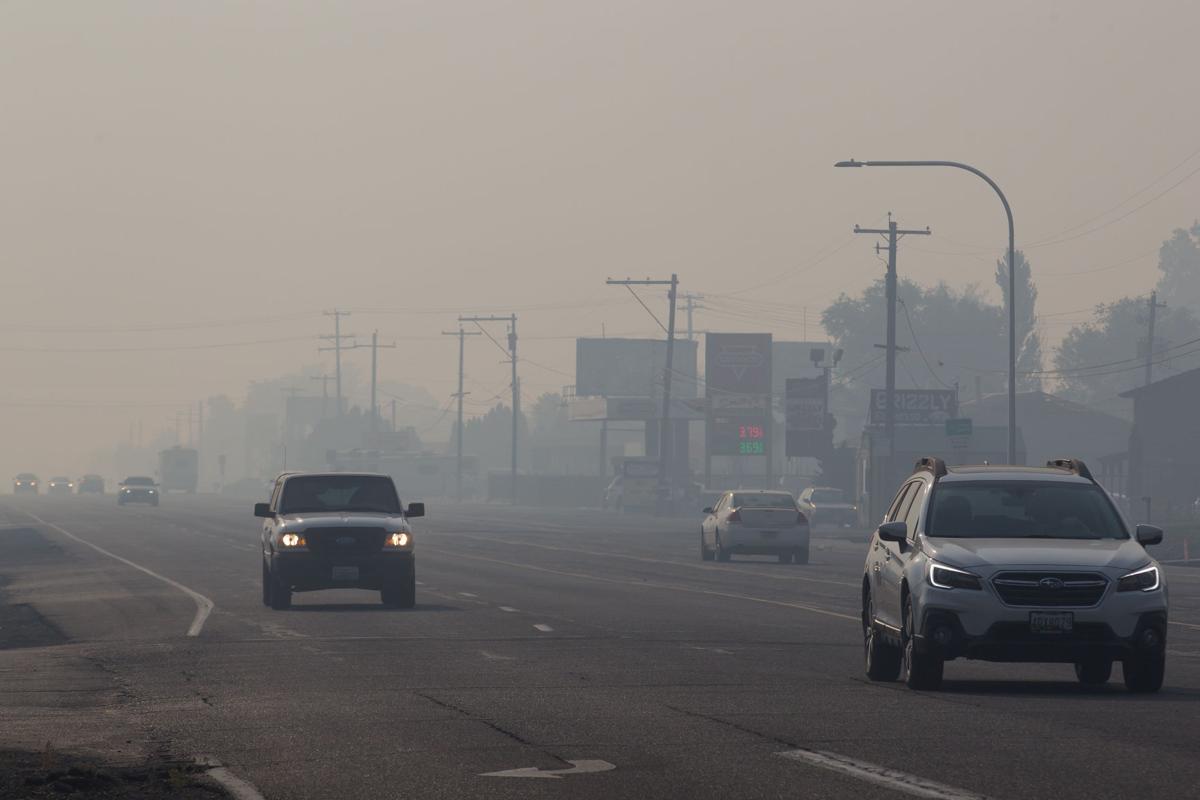 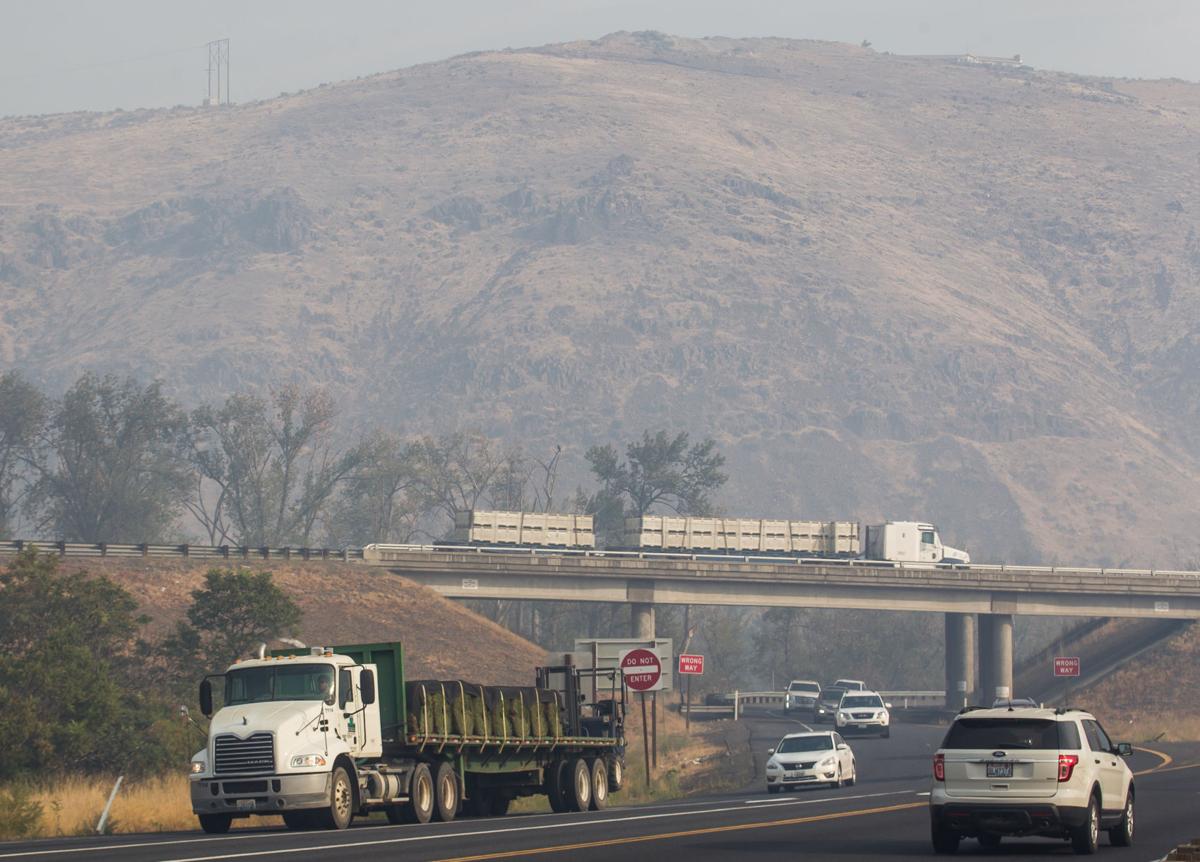 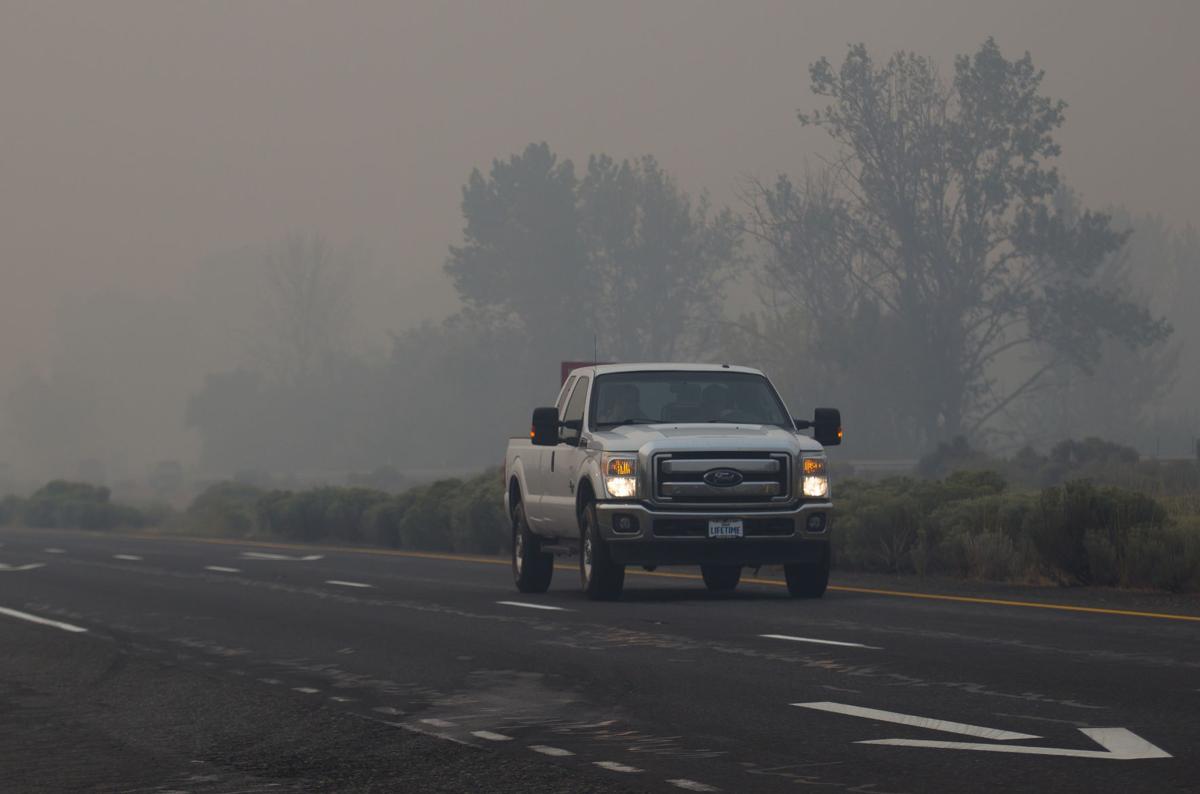 Air quality was very unhealthy Tuesday morning in Yakima because of smoke from the Schneider Springs Fire.

When conditions are very unhealthy, everyone should stay inside and avoid strenuous activity, according to the state Department of Ecology.

The COVID-19 testing site at Yakima Valley College is closed Tuesday because of the poor air quality, with plans to reopen Wednesday.

Clearer air is in the forecast. A Tuesday morning update from forecasters said light and variable winds will lead to persistent moderate to heavy smoke in areas around the fire. Some improvement is expected this afternoon in the Yakima, Naches and Kittitas valleys.

Southeast winds in the forecast this afternoon are expected to move smoke to the northwest and possibly over the Cascade crest toward Seattle.

“Early (Wednesday) morning, a brief period of strong west winds will help to clear smoke out of the area, leading to improved conditions,” the forecast said.

The fire is burning 18 miles northwest of Naches. It was 94,206 acres with 14% containment on Tuesday morning, an increase of 1,400 acres from the prior day. The fire is active in several places around the perimeter with the most activity on the northern and southern portions of the fire.

Bumping River Road was elevated to a Level 3 “go now” evacuation on Tuesday night because of spotting from the Schneider Springs Fire.