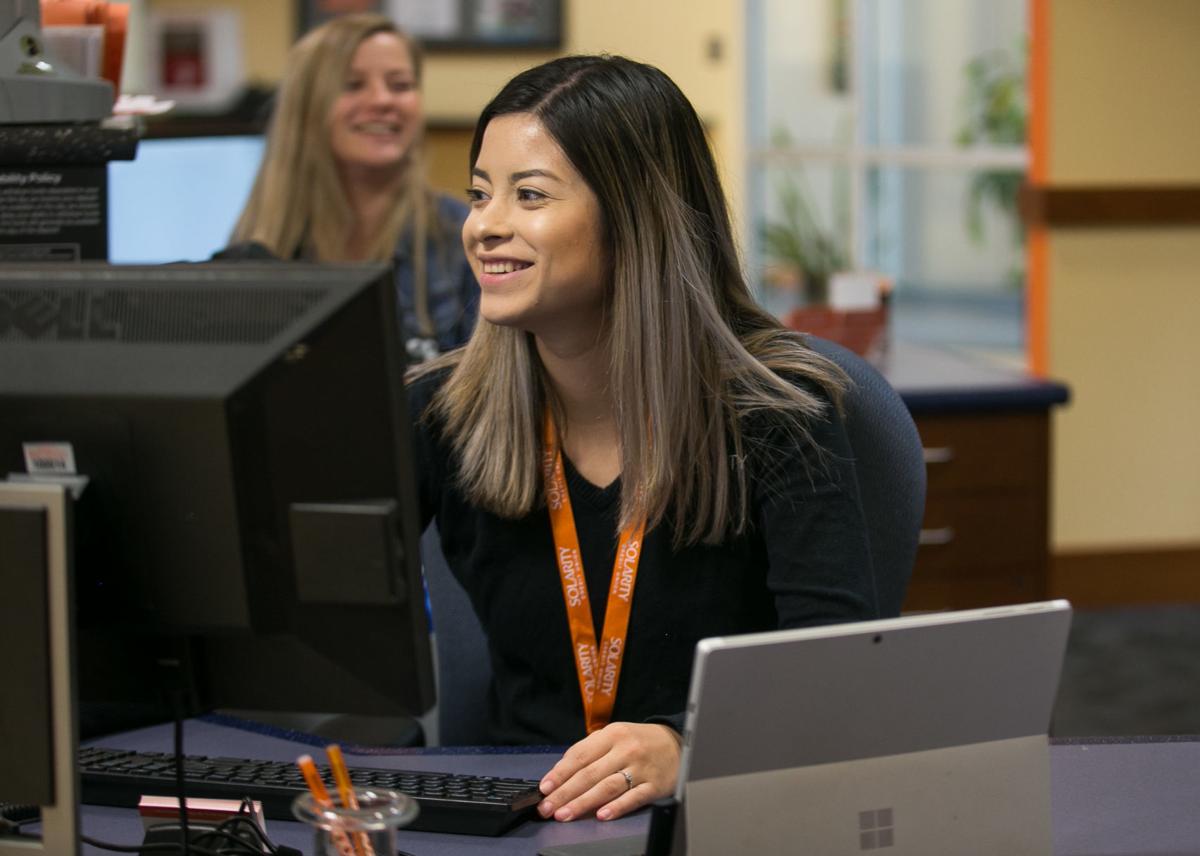 Vanessa Mendoza, a financial guide with Solarity, prepares to help a customer on Sept. 23 at the 110 N. Fifth Ave. location in Yakima. 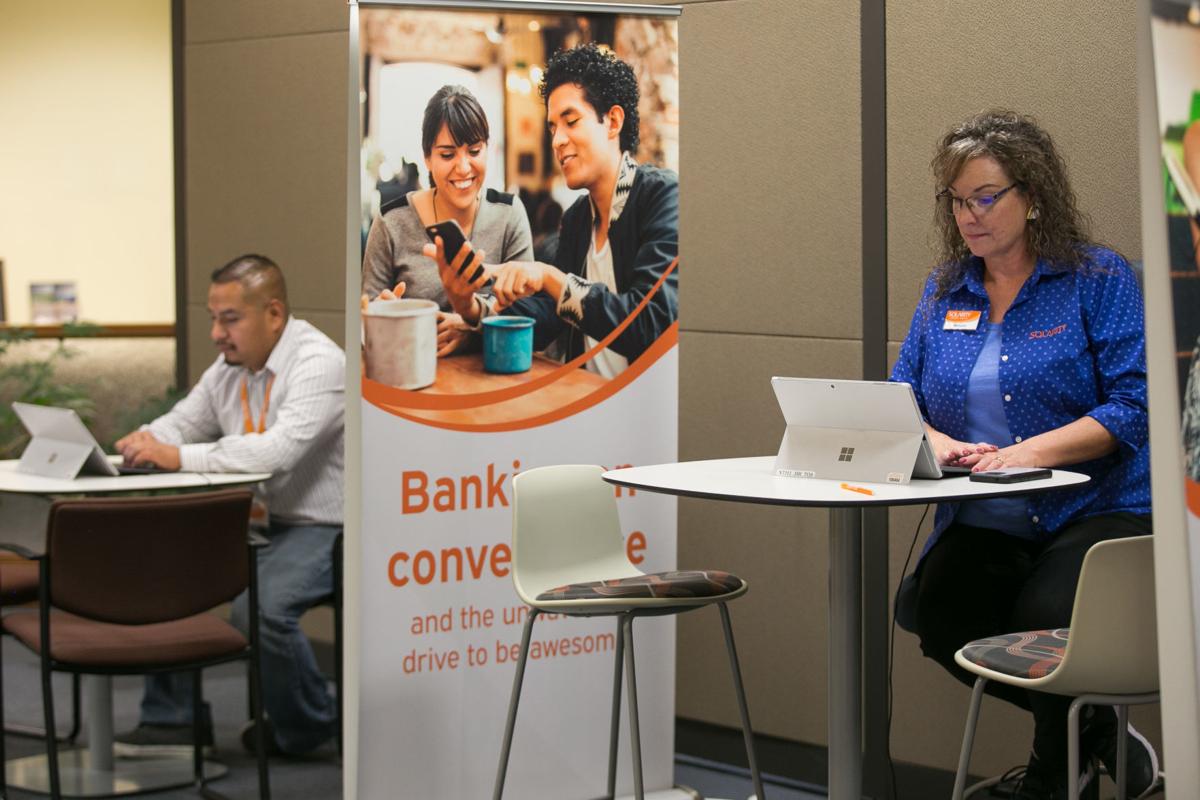 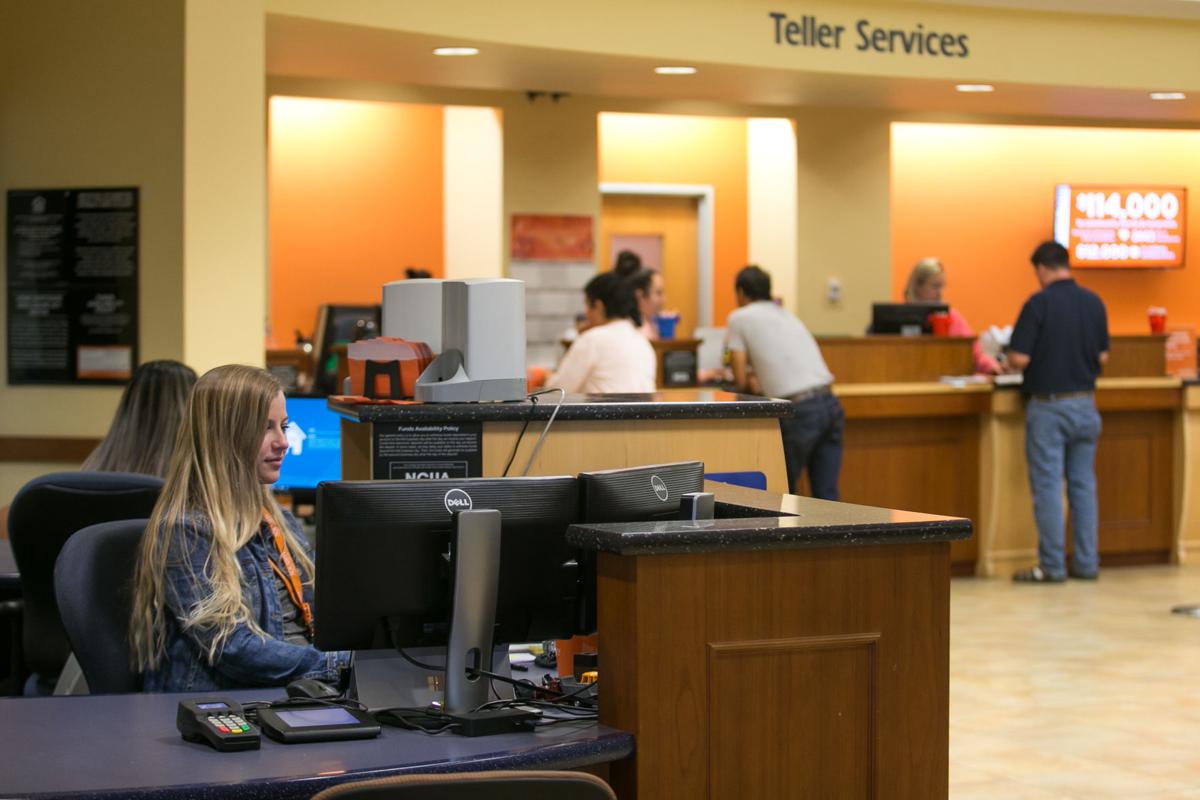 Shelby Mendoza, a financial guide with Solarity Credit Union, works at her desk near the teller services station on Sept. 23, 2019, at 110 N. Fifth Avenue in Yakima, Wash. 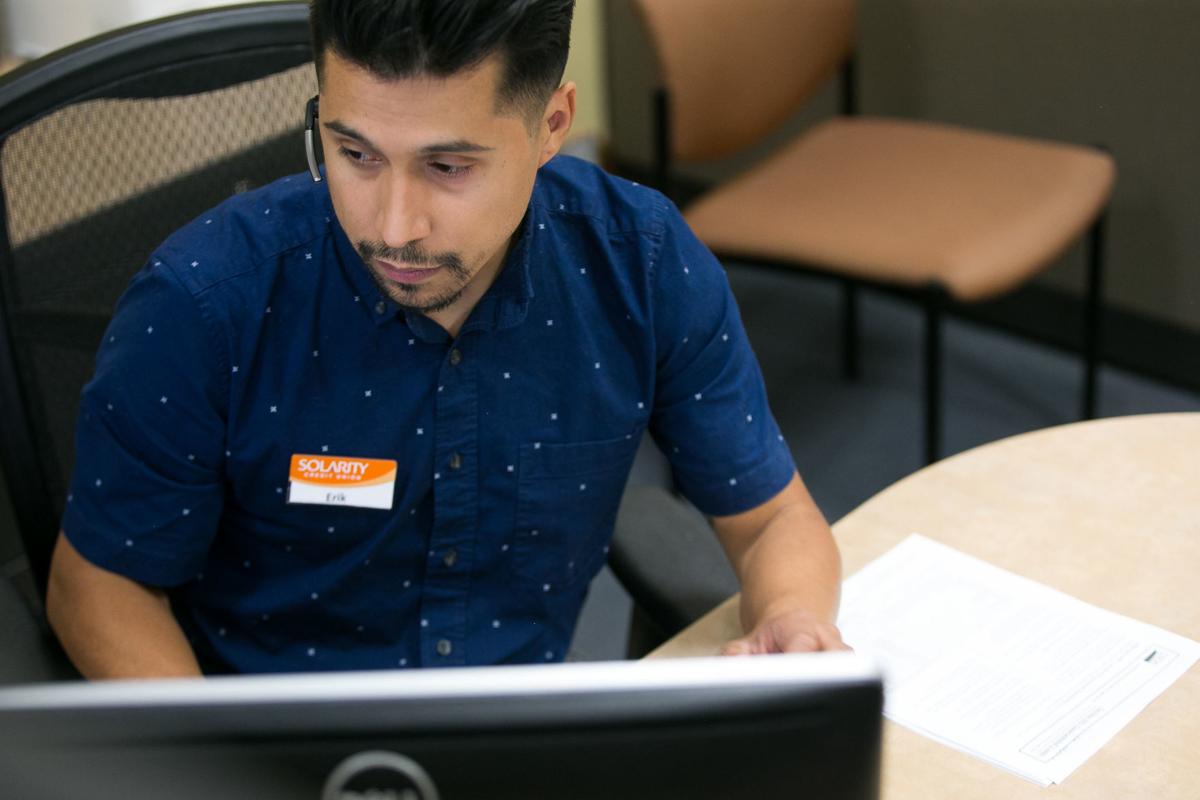 Erik Ramirez, a mortgage loan officer assistant with Solarity Credit Union, works at his desk on Sept. 23 at 110 N. Fifth Ave. in Yakima.

Vanessa Mendoza, a financial guide with Solarity, prepares to help a customer on Sept. 23 at the 110 N. Fifth Ave. location in Yakima.

Shelby Mendoza, a financial guide with Solarity Credit Union, works at her desk near the teller services station on Sept. 23, 2019, at 110 N. Fifth Avenue in Yakima, Wash.

Erik Ramirez, a mortgage loan officer assistant with Solarity Credit Union, works at his desk on Sept. 23 at 110 N. Fifth Ave. in Yakima.

To be a member, a person had to be part of a specific group — employees of a specific company, members of a specific church, part of a specific trade union — but, while focused institutions like that are still around, membership rules have expanded considerably within the past generation. Now just about anyone can join most Washington credit unions, which are nonprofit co-op alternatives to traditional banks in which each member has an equal ownership stake and a vote in board elections.

The Sunnyside-based Lower Valley Credit Union likewise is open to anyone who lives, works, worships or goes to school in the state. In 2017, it opened a branch in Yakima.

As a result of the more open eligibility, credit union membership in Washington has skyrocketed. As of 2018, there were about 3.9 million credit union memberships in the state, which accounted for 52.7 percent of the total population. They’re popular for a number of reasons, Hunter said. For one, they can reinvest any profits.

“There’s no answering to shareholders,” she said. “So their investment returns really should be equating to higher interest rates on deposits and lower rates on loans.”

Solarity, which has more than 67,000 members, is adding more than 70 new members a week these days, CEO Mina Worthington said. Its competitive rates are a big reason for that, she said, but not the only one. People also appreciate its local nature and ability to streamline things like home mortgages, which it handles in-house without using outside title officers.

“We started closing our own home loans because we asked the question, ‘Why are we handing that over to a third party? Why are we not doing that on our own?’” Worthington said. “We have a member satisfaction rate of 92 out of 100 on our home loan closings.”

Credit unions’ commitment to members’ communities is another factor driving their popularity, Hunter said. They tend to cooperate with each other more than traditional banks, and they prioritize giving back to their communities, she said.

“They really do get behind causes,” Hunter said. “That does distinguish them as well.”

That’s not to say banks don’t get behind causes, she added, just that credit unions are better positioned to do so because they don’t need to satisfy a profit motive. For Solarity, that means involvement with Habitat For Humanity, among other causes. That dovetails with the institution’s emphasis on helping members afford homes, Worthington said.

“In order for us to remain a good organization, not only do we have to be operationally excellent, we have to get our employees to give back,” she said.