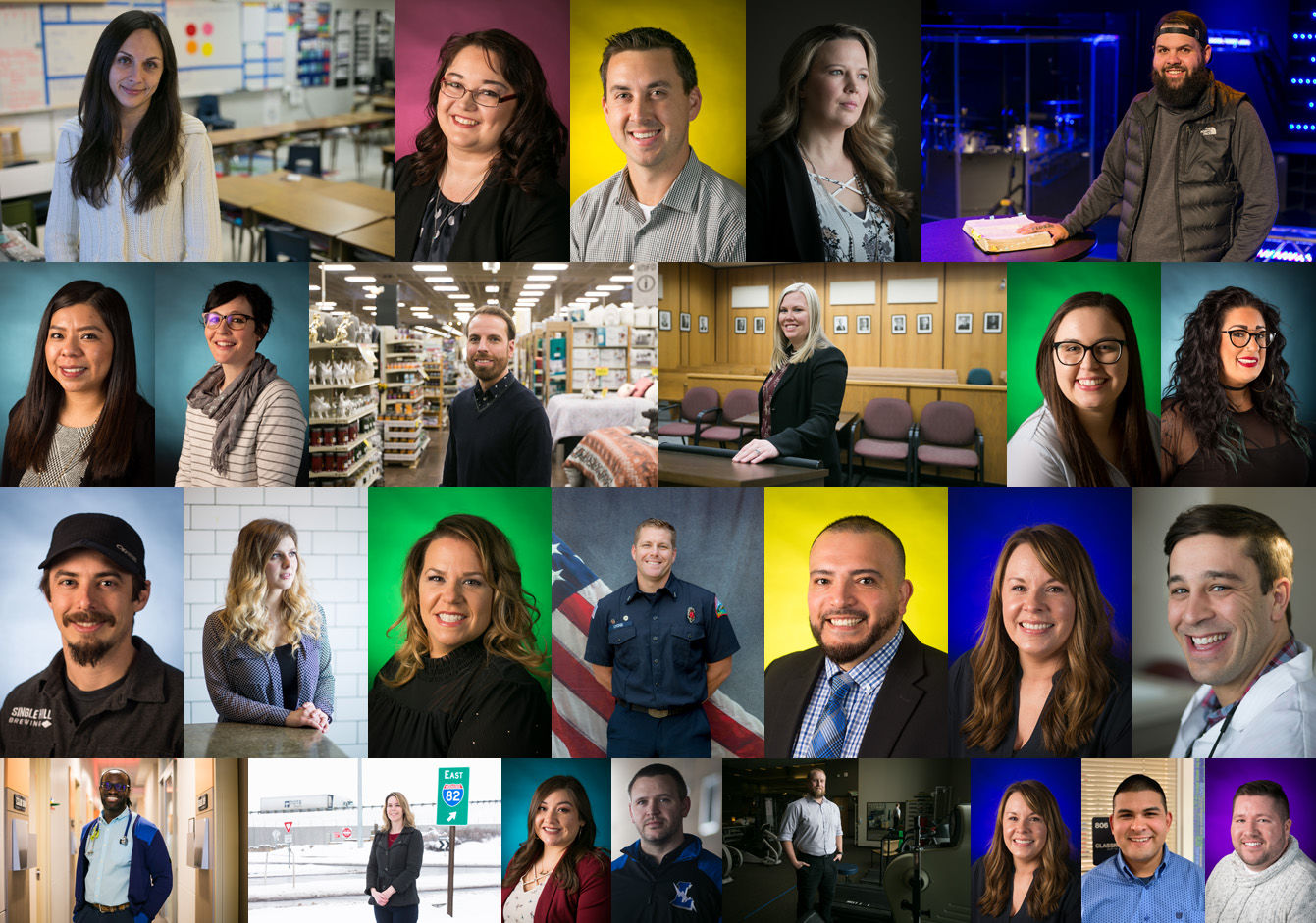 Look at America's heroes, its icons in business, politics, the arts.

Most of them started early.

And going back to 1961, Robert Kennedy was 35 when his brother, President John F. Kennedy, appointed him as attorney general of the United States.

We benefit from the same drive, the same talent and energy here in the Yakima Valley, as this edition of 39 Under 39 attests.

This premium edition, exclusively for subscribers of the Yakima Herald-Republic, debuted in 2018. Looking at the first 39 honorees, reporter Mai Hoang saw a diverse group of leaders driven to make this a stronger community.

"No longer do residents here have to buy into the idea that young people must always leave the Yakima Valley for better and brighter opportunities in a bigger city," Hoang wrote. "It's time to tell the Yakima Valley's young residents that, like the people featured on these pages, they can take their ambition, drive and passion to build a better and brighter future right in their hometown."

That was a list of remarkable young leaders. This year's is just as strong.

We started with the same basic categories: Public Service, Health &amp; Medicine, The Arts, Education, Business, and Advocacy &amp; Nonprofits. Then we asked the public for nominations.

People responded with dozens of names, supplemented by suggestions for Herald-Republic reporters and editors. We reviewed the list with a simple goal: identifying 39 people younger than age 39 making exceptional contributions to the Yakima Valley.

This year, they include the owner of a clothing boutique, a youth pastor who left behind a life of crime, and a business owner who's written a book about millennials.

They are singers, teachers, doctors, brewers, a civil engineer and a member of the Yakima City Council.

They are people from throughout the Yakima Valley - people younger than 39 driven to make this a stronger, more vital community.

We look forward to what they accomplish next.

EDITOR'S NOTE: This year's list includes one person who's 39, which we didn't realize until it was too late to find a replacement. We believe she's still a vital contributor to the Yakima Valley, even if she didn't meet the strict requirements for 39 Under 39.

Civil engineer LisaRene Schilperoort is considered a trendsetter by her peers at the state Department of Transportation.

There's more to family law than merely winning a child custody battle or securing property in a divorce; there's a healing process for both parties so they can move on with their lives, says attorney Brooke Barnes.

Before joining Yakima County Volunteer Attorney Services, Dalan worked for the YWCA and spent four years as a juvenile defender. She's an adju…

Cousens serves District 7, which spans a swath of the southwest corner of the city that encompasses Apple Tree Golf Course. She's credited wit…

Every day, Dr. David Moore writes his goals down on a 3-by-5-inch index card.

Every child is looking for a good role model, said Dr. Peter Asante, a pediatrician at Yakima Pediatrics.

For Joel Buffum, it started when he blew out his knee in a fight.

When Chelann Gienger graduated from high school, she could have joined others her age and left the Yakima Valley for college and a career path elsewhere.

For Jadira Amaya, Wildjay is more than a place for her to sell clothes.

Fresh out of high school, Cody Lamb went to Carroll College in Helena, Mont. He wanted to play football and had aspirations of teaching school.

Olena Byelashova has always loved working with children, and it's a love she's carried with her more than halfway around the world.

It almost sounds like the overall premise of the 1970s sitcom "Welcome Back, Kotter": Alum returns to old school as a teacher.

In addition to teaching student development and work…

Looking out her front office window, Kaylene Stiles-Kennedy watched as two of her colleagues at United Way of Central Washington stood amid drifts of snow and handed hot chocolate to a passer-by.

Since joining Rod's House as its executive director in December 2016, Joshua Jackson has done a little bit of everything: case management, administration, fundraising, shoveling snow, cleaning. It depends on the day.

Growing up in Wapato, Faviola Lopez wanted to be a dentist. That was the plan, but a job shadow changed her mind.

Stephen Clark is only 31, but he's already spent about 20 years in local theater.

Alex Knight was still in middle school when his older brother, who worked in TV news, slipped him a bootleg copy of the video editing software Adobe Premiere.

Michael's art stands out. There are plenty of good v…

Megan Ashley Gustafson, who performs under the name …

Butler had two years as a working musician under her…