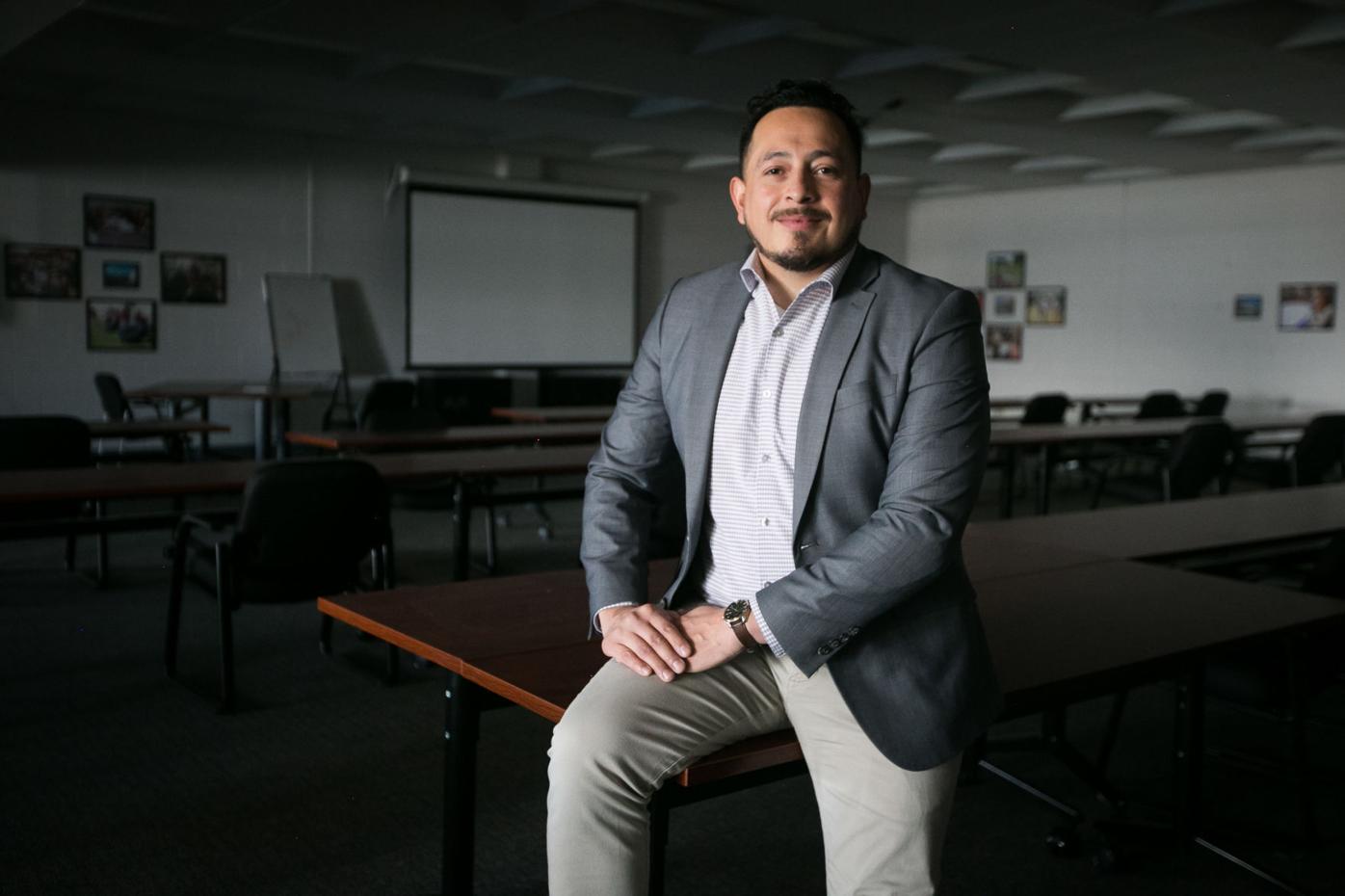 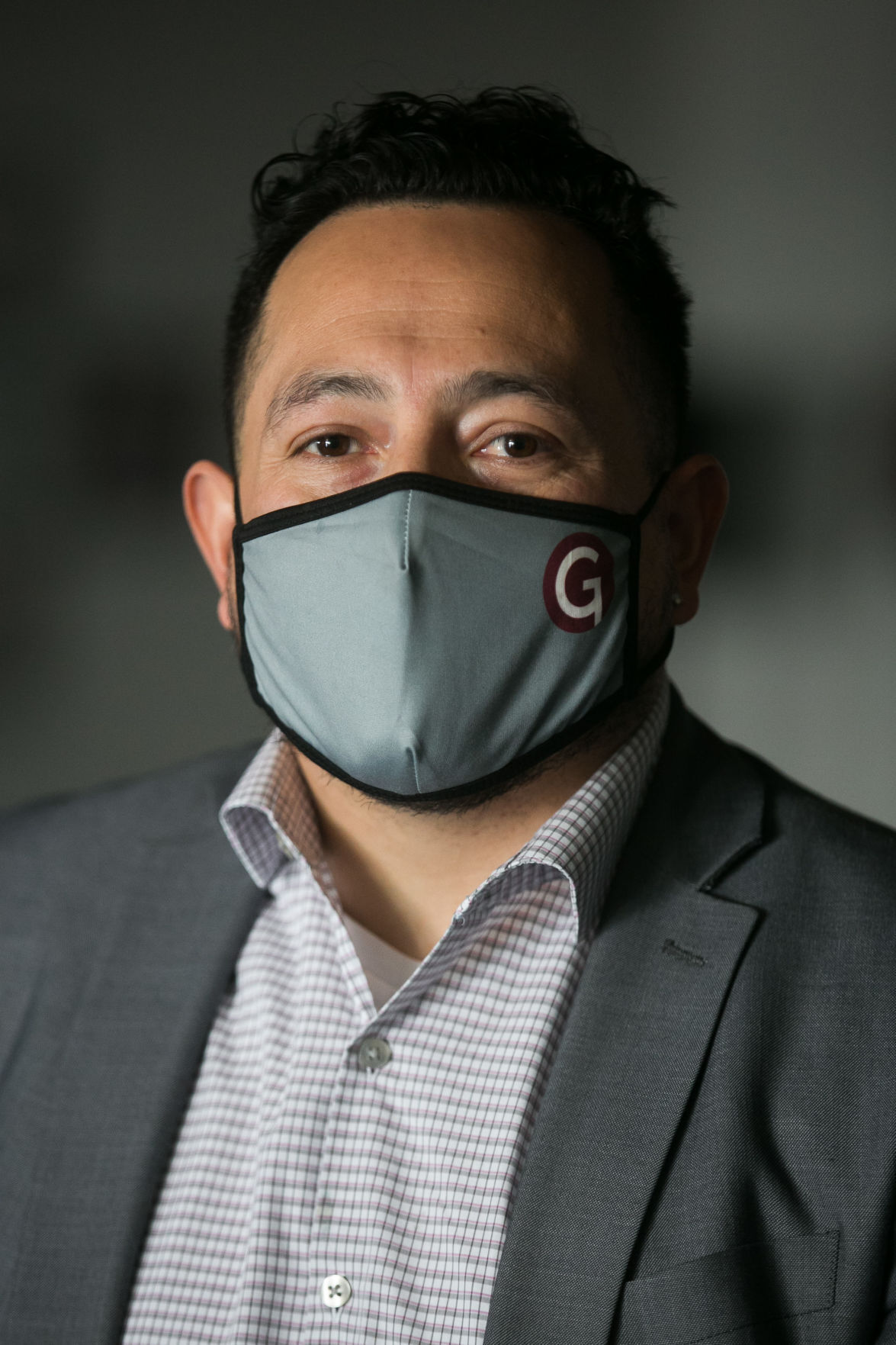 Jose Torres Sanchez, who goes by Tony, attended grade school in Mexico before he immigrated to the U.S. with his parents and four older siblings at age 7. They settled in Harrah near extended family, and he began second grade at Harrah Elementary School, where he learned English.

“The challenge came from acclimating to the culture,” he said. “But we used to go to school in Mexico, so that was our directive, to finish your education. To come to school here and learn English and just have better opportunities just in general in life.”

In fourth grade, he met his hero, a teacher who extended kindness and empathy to him. The teacher served as the young student’s “go-to,” and a reminder of what he could accomplish, he said.

Years later, after leaving the Yakima Valley and returning, Torres Sanchez now works in education nearby in the Grandview School District, overseeing attendance, graduation and social emotional learning for students with significant need, among other things.

“I wouldn’t be here without my mentors,” he said, pointing to leaders in his life starting with his elementary-grade teacher and tracing all the way to his initial years at Grandview, when he worked under the guidance of Mike Closner, who now oversees student support programs for regional district support agency Educational Service District 105.

“This is the reason I’m doing it. This is my why, because somebody helped me. So I am that familiar face, positive, in others’ lives,” said Torres Sanchez.

After graduating from White Swan High School, he followed in his siblings’ footsteps and attended school at the University of Washington. When his first son was born when he was 20, Torres Sanchez returned to Harrah and became a special education paraprofessional and a coach in basketball, track and football for about five years.

Eventually, he returned to school at Heritage University, getting a degree in criminal justice and social work. When he finished, instead of becoming a police officer as planned, he began working in community organizations. He worked in a children’s hospital on diabetes research, and with the Yakima Valley Farm Workers Clinic providing emergency services ranging from homelessness prevention and rapid housing to employment assistance.

“That’s when I really developed a sense of community, resource availability and (that) connecting families back to these services was key,” he said. “That’s why we’re having a lot of success now from the district, is because we have a lot of partnerships.”

In the 2014-15 school year, there were 881 students across the district’s K-12 who were chronically absent from school — students who missed 18 or more days of school. Just 88% of students attended class on a daily basis. That left the district’s graduation rate hovering around 67%.

The following year, the attendance specialist role in the district opened up, and Torres Sanchez took the helm. He worked with Closner, the former principal of the high school, to create a framework for an attendance improvement program that would transform the district.

They formed a team that began meticulously monitoring attendance and launched a campaign to have students “strive for five” — five absences or fewer. School officials began weekly meetings to assess each absence and make an action plan in case a student needed help getting to school, including house calls. A van was purchased to pick up truant students and deliver them to school. Clothing banks were created at each campus, since a lack of clean laundry was a barrier to attendance, district officials discovered.

The district worked to create a change in culture, encouraging the entire Grandview community to care about attendance, which is linked to higher academic success. Torres Sanchez continued to spearhead this effort in the following years, and by last school year the district had fewer than 300 chronically absent students, he said.

His work in creating a collaborative, effective approach to absenteeism has been recognized at the state level. Torres Sanchez now serves on a state attendance advisory board, helped develop attendance policy during the pandemic and is helping guide revisions to attendance laws. He said the key is creating a culture in the community that is dedicated to school, tailored support for students and a trust with families that the school is there to help, not reprimand.

“We all have barriers sometimes in life,” he said. “If it’s disrupting your home, if it’s disrupting attendance in school, then it’s our concern and we’re here to help. … Our ultimate goal is that quality of life depends on an education.”

Torres Sanchez, a father of four kids ages 9 to 16, sees his future being focused on raising his kids and continuing to enrich the community and students of Grandview — like the teachers in his life did.