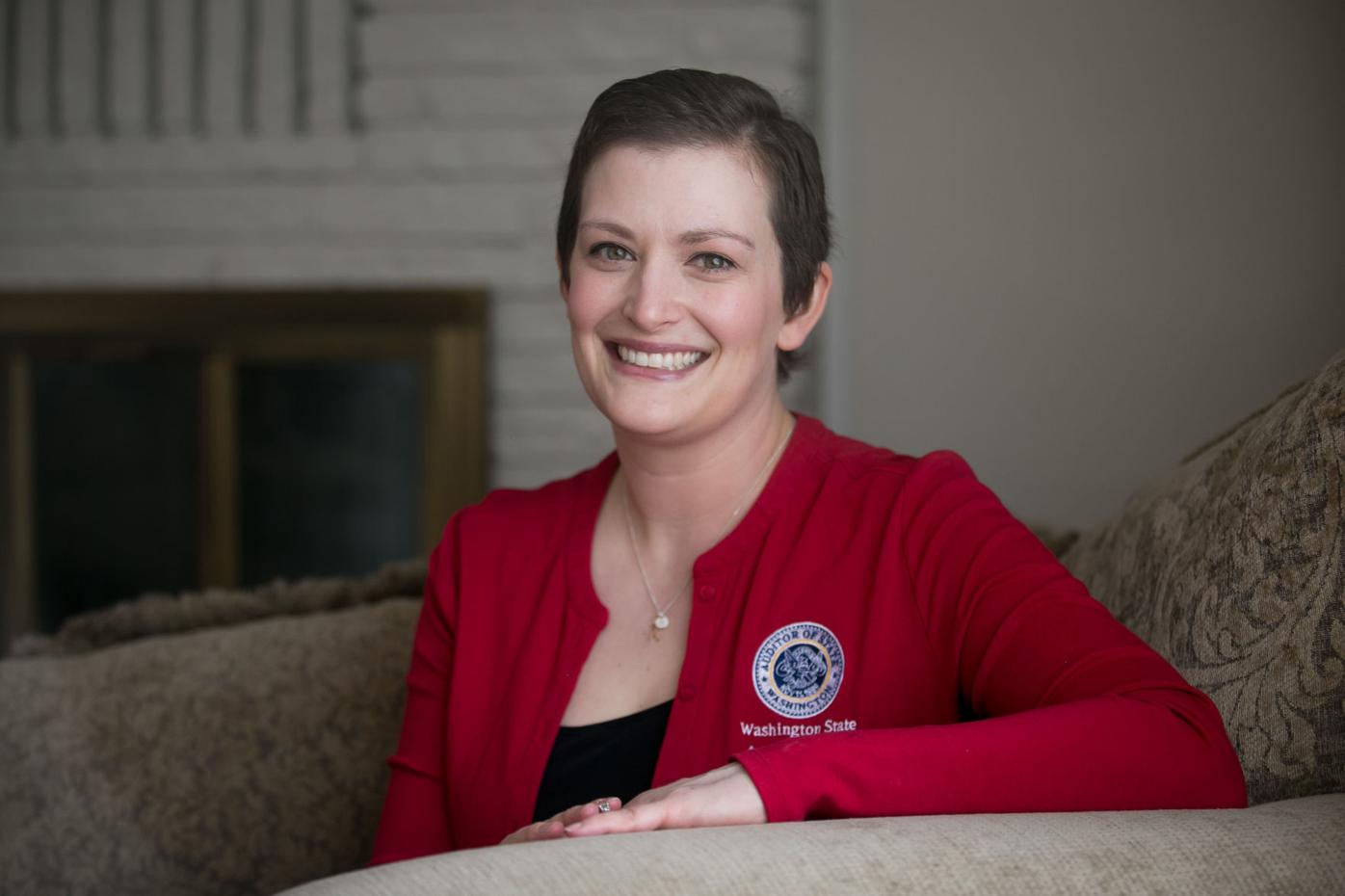 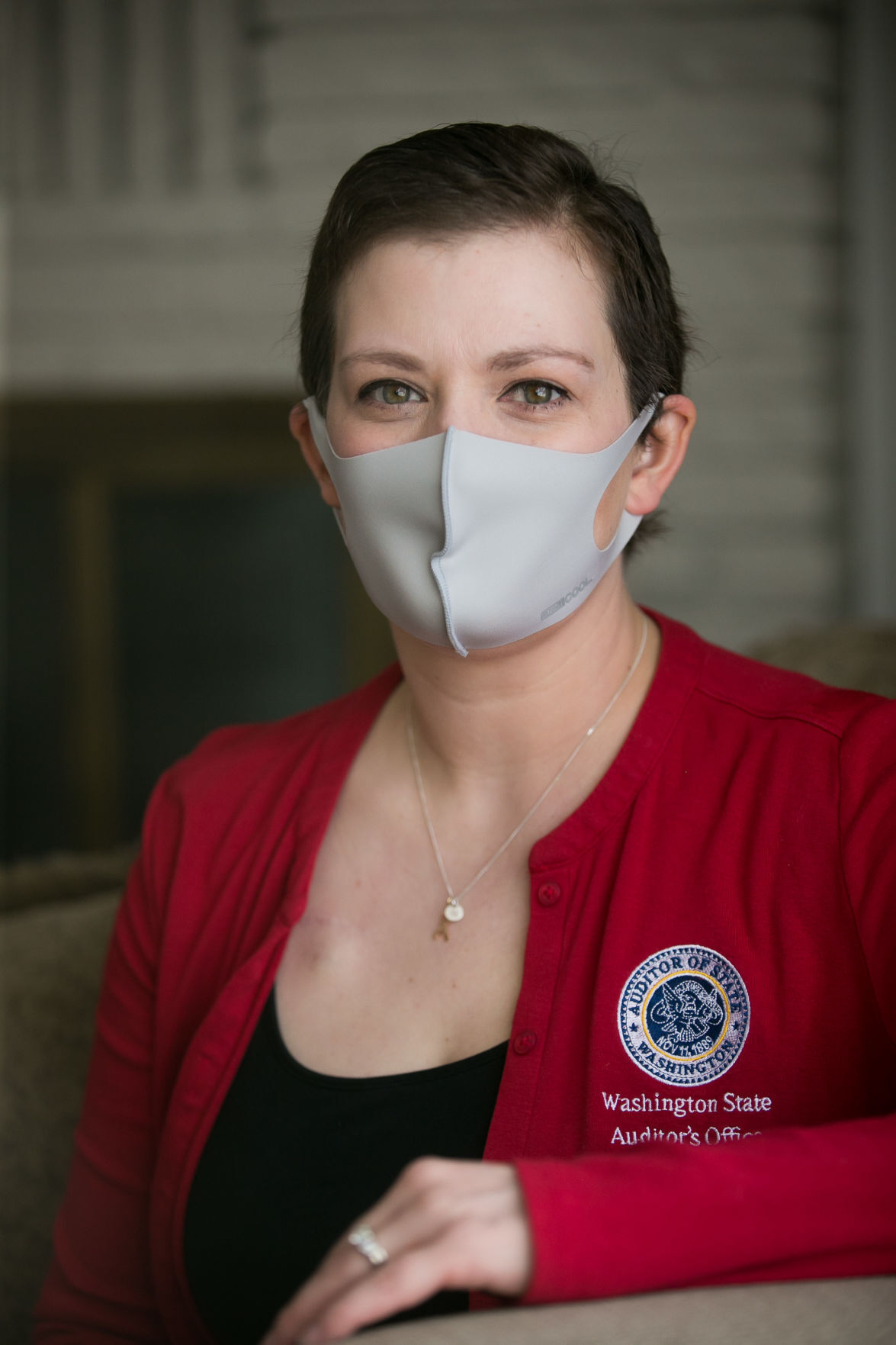 Auditor Mandy Mortimer Wilson knows what a tough year is.

Last year she battled breast cancer, fell ill with COVID-19 and then the flu and pneumonia.

She took breaks though it all, but maintained her position with the state auditor’s office, where she audits the finances of local governments to assure compliance.

“I’m doing really well,” the 34-year-old said recently. “I’m just learning that I am a lot stronger than I thought I was. I had a lot of support from family and friends.”

Wilson is a supervisor for this region of the state Auditor’s Office. Her region spans from Sunnyside in the Lower Valley to the top of Snoqualmie Pass and includes Kittitas and parts of Grant and Adams counties.

She oversees state audits of several government entities such cities and counties and school, fire and utility districts.

She studied accounting at Central Washington University, graduated in 2009 and earned her master’s in accounting a year later. At that time, jobs were still scarce because of the Great Recession.

She applied with the state Auditor’s Office, got an interview, and the rest is history.

“It just worked out really well for me,” she said.

She earned her license as a certified public accountant in 2015, while working full time.

“So, I always like a challenge,” she said. “I’m always looking for the next thing I can do.”

Wilson was working out in early February 2020, doing pushups and CrossFit. She was looking forward to her sister’s wedding and wanted to be fit for the ceremony.

During a workout, she noticed a lump on her breast. She saw a doctor the next day, and a short time later was diagnosed with breast cancer.

She had the lump removed before undergoing chemotherapy for nearly five months that consisted of treatments every three weeks.

“And I worked all through it, too,” she said.

All this amid the COVID-19 pandemic. She worked from home when she could, but there were days she needed off to deal with treatments and the toll they took on her.

“You’re really sick for about a week and all you just want to do is sleep,” she said about each treatment. “I just hung out in the chair and my husband did everything.”

All this amid the pandemic and Gov. Jay Inslee’s Stay Home, Stay Safe order.

Her husband, Scott Wilson, stepped up in a big way, administering shots to Wilson, keeping the house in order and caring for their two small children, Joelle and Adelaide.

“So, he was a nurse, a daddy day care, the cook and cleaner,” she said. “And when my hair started growing back, he was my barber — cutting it behind my ears and stuff to make sure it grew back straight.”

Friends offered to pay for a house cleaner, but that was thwarted by the Stay Home, Stay Safe order.

She then fell ill with the coronavirus, the flu and pneumonia. Wilson said she was the only one in the family who got sick.

“We got through it,” she said.

Friends reached out despite her being in isolation, sending gifts and meals.

“Although they couldn’t always be with me, they found other ways to be there for me,” she said.

“So it’s something in my environment — I’m positive it’s my cellphone,” she said.

She often placed her cellphone on her chest and under her seat belt strap while on long drives during work. She didn’t have Bluetooth but kept her phone on speaker.

“I was always on my phone talking to someone,” she said. “I think while having my phone on my chest messed up my cells.”

Now she warns others of her experience.

“I always tell people so it doesn’t happen to anyone else,” she said. “I tell audit clients, nurses, I just kind of warn them.”

Wilson says she’s still in the process of regaining her strength.

“Before I was a really active person,” she said. “Now I’m just trying to get my strength back. I feel like it’s hard not to pick up where you left off, and you’re really not the same person either.”

What inspires you? “God and my family.”

What inspires you? “God and my family.”