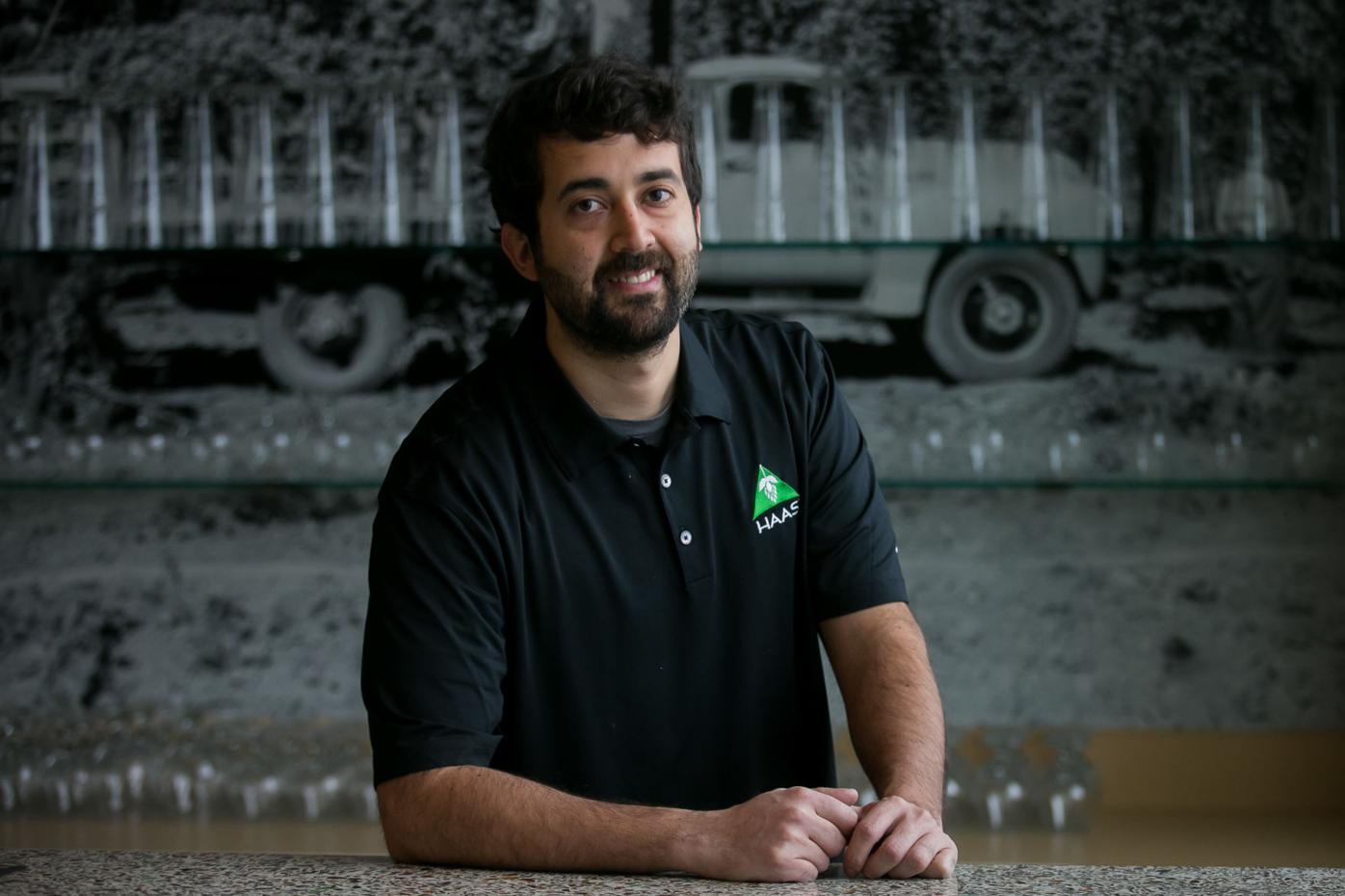 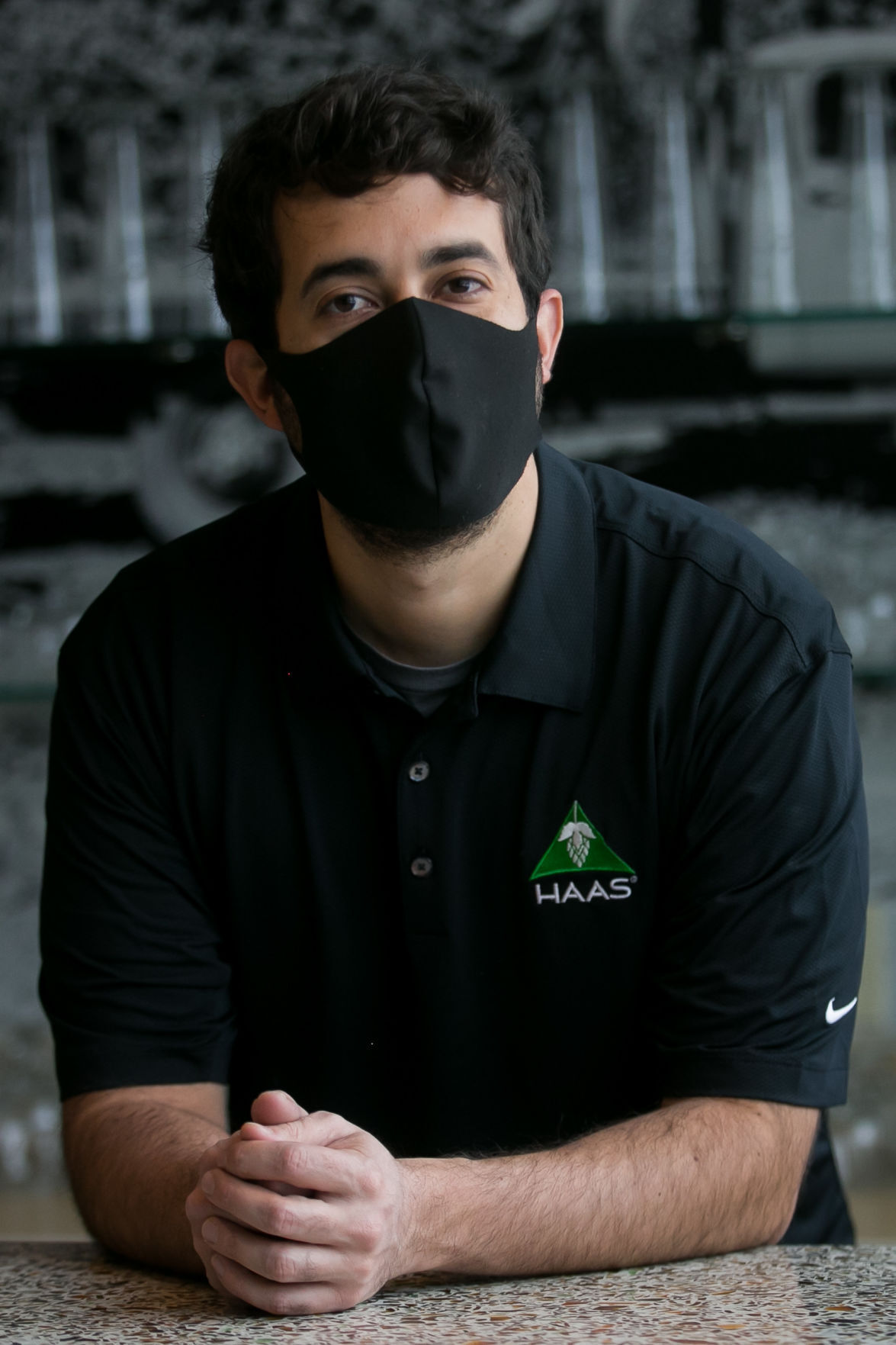 When he started university at the Universidad Nacional Autónoma de México in Mexico City in 2008, he chose chemistry courses to cultivate that academic interest. Ultimately, he chose to study food chemistry. “We’re always going to eat,” he said.

A few years later, he would develop a passion for beer and brewing.

Today, Cortés González, 31, blends his interest in chemistry and beer as a brewing solutions specialist for John I. Haas, a job that brought him to Yakima in September 2019. His job includes brewing beer with Haas’ experimental hops and providing educational material, including in Spanish, to the company’s customers around the world, including in Latin America. He’s also been a critical player in the Spanish-language programming for the Barth-Haas Hops Academy, which provides brewers information about hops and how to make the most of them in their brews.

Before starting with John I. Haas, Cortés González held a variety of jobs in food science and craft brewing. While in college, Cortés González worked for Kraft Foods’ research and development department.

As part of his college studies, he attended food trade shows. During one such trade show, he came across a chocolate company that displayed an English double chocolate stout.

Cortés González purchased a bottle and had it later that day.

“I really loved it,” he said. “That was the first beer that made me think there was a lot more to beer than the Mexican lager.”

That beer was the start of Cortés González’s passion for craft brewing. About a year later, he and his brother started home brewing.

After finishing his studies, Cortés González decided to shift gears and get into the craft brewing industry.

While finishing up his thesis for his food science major, Cortés González started a job with a brewpub chain, Beer Factory.

He started out doing tasks around the brewpub, such as maintaining and cleaning the kegs and copper brewing vessels. Over time he was given more responsibility as his brewing knowledge grew and the brewpub’s managers realized the utility of Cortés González’s science knowledge. Eventually, he was brewing on his own.

In 2014, he received a call from a group starting up a new brewery called Cerveceria de Colima. They had an American brewer helping up with the start-up process. The brewery also had a strong group of investors that enabled it to ramp up production quickly.

“They wanted somebody to be in charge of day-to-day operations,” he said.

He took the head brewer position and moved from Mexico City to Colima, a smaller city several hours away. During his five years with the brewery, it grew to become the second-largest craft brewery in Mexico. As part of his job, he visited Yakima to help source hops for the brewery’s beers.

Cortés González’s work soon caught the attention of John I. Haas. The company contacted Cortés González on LinkedIn and asked if he would be interested in an open position.

Cortés González was. He had decided that he wanted to step away from production brewing and more into a role where he could use more of his scientific knowledge.

“After a five-year cycle, I felt I needed different experiences and new things,” he said.

In September 2019, during hop harvest, Cortés González arrived in Yakima yet again, this time as a John I. Haas employee.

Most of Cortés González’s job — he estimates upward of 70% — involves brewing with experimental hop varieties and John I. Haas’ other hop products. As part of that process, he looks into different factors, such as the sensory aspect. This is where Cortés González gets to utilize his chemistry and science knowledge.

“For me, that’s what got me excited about this position,” he said.

Cortés González also enjoys introducing hops and their use in beer to an audience that hasn’t had much experience with the product.

That education has primarily been virtual through online webinars lately, but in December, Cortés González needed to return to Mexico to renew his visa. While there, he collaborated with a local brewery to brew beers made with a few of John I. Haas’ new hop varieties.

While Cortés González believes virtual gatherings have enabled him to connect to more customers globally, he was also glad for an in-person opportunity, even with restrictions. During the collaboration, all participants were working far apart and wearing masks.

“Haas has done a great job to find alternative ways to connect,” he said, “But overall, I miss traveling.”

Cortés González believes that Latin America, like the rest of the world, will remain a growth market for craft brewing in the years to come, and he’s excited about the role he will play in generating that growth.

“It’s really nice to be that link,” he said.