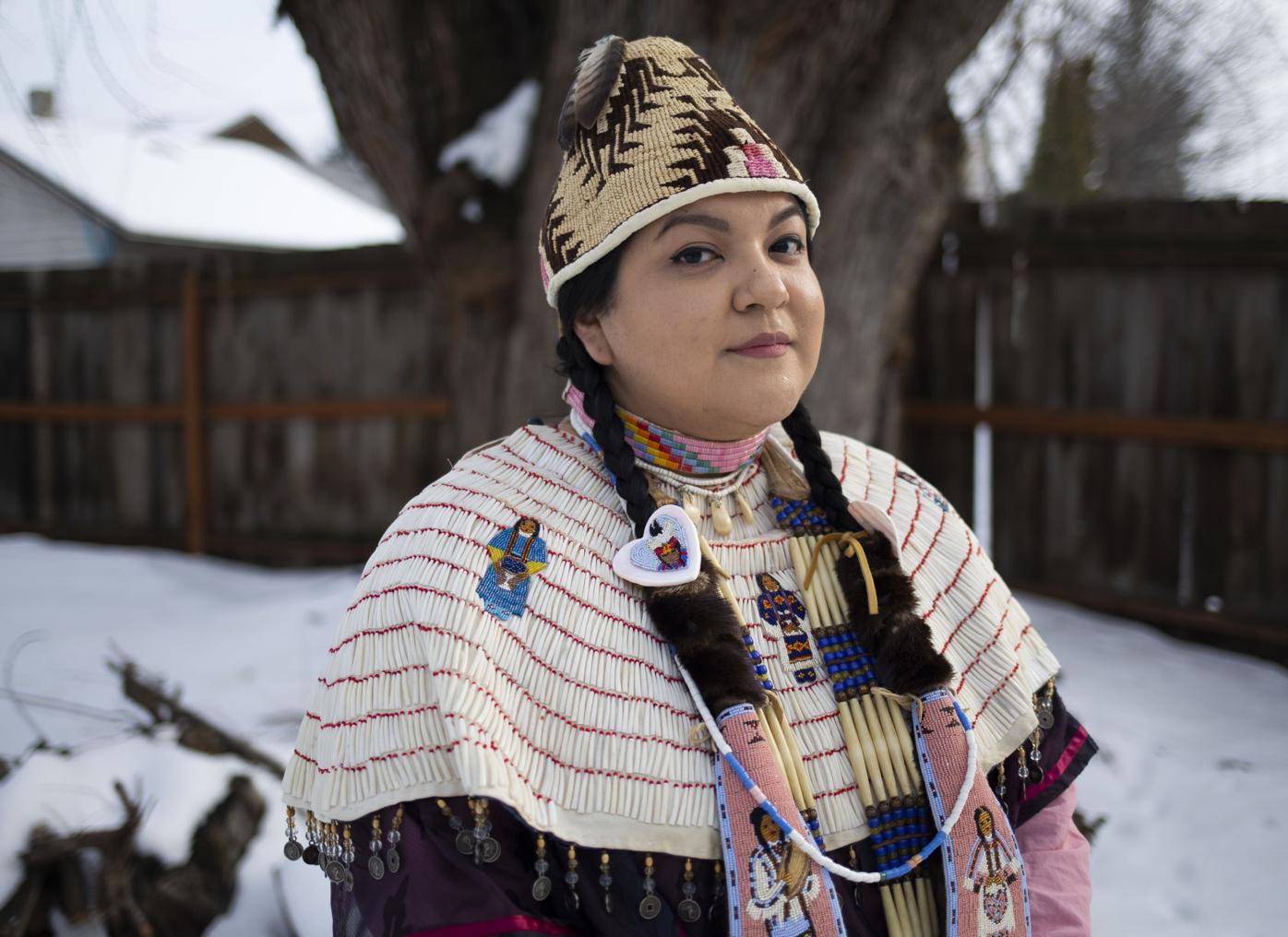 FILE — Elese Washines, a mathematician, teacher and PhD candidate, poses for a portrait on Saturday, Feb. 20, 2021 in Toppenish, Wash. 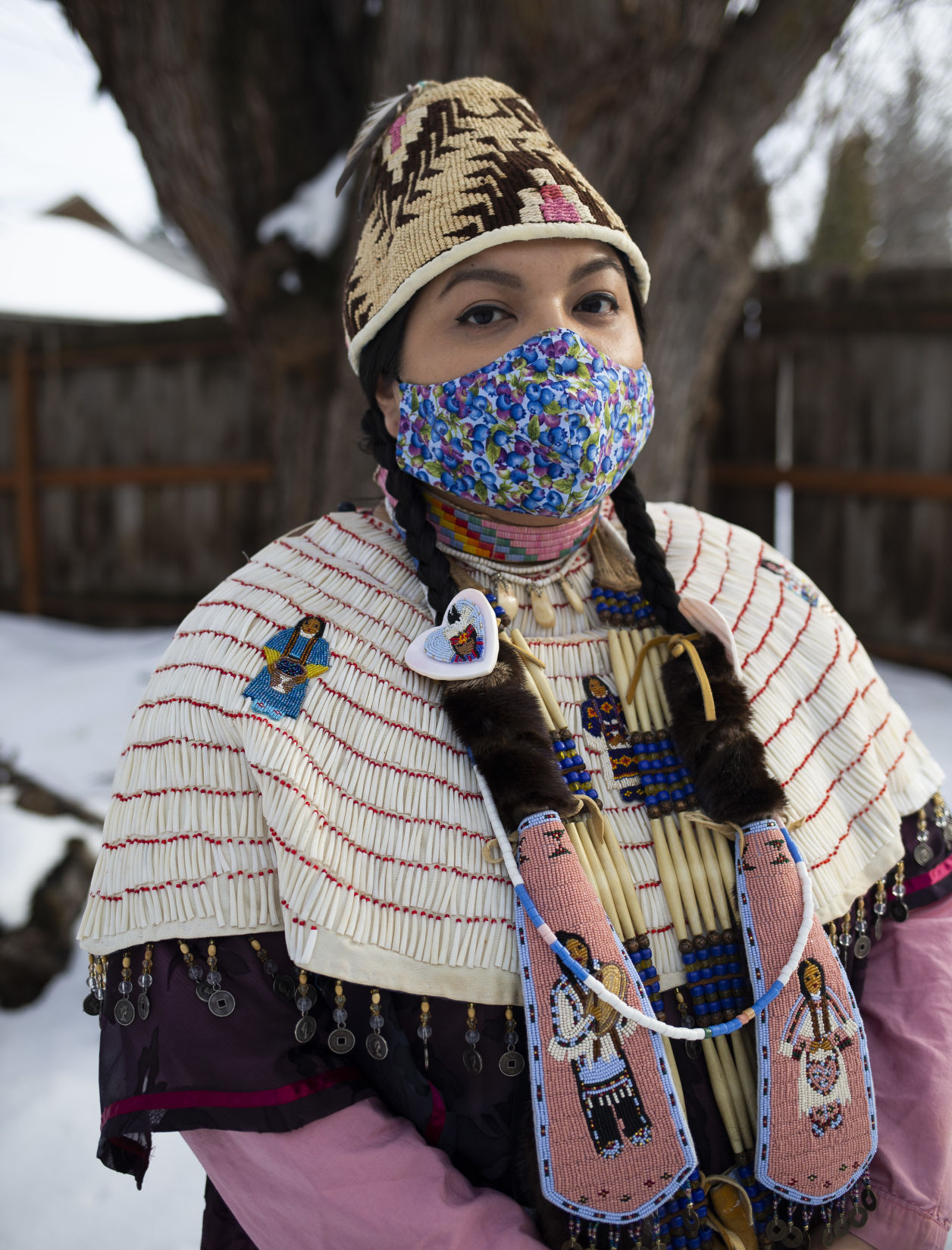 Elese Washines, a mathematician, teacher and PhD candidate, poses for a portrait on Saturday, Feb. 20, 2021 in Toppenish, Wash.

FILE — Elese Washines, a mathematician, teacher and PhD candidate, poses for a portrait on Saturday, Feb. 20, 2021 in Toppenish, Wash.

Elese Washines, a mathematician, teacher and PhD candidate, poses for a portrait on Saturday, Feb. 20, 2021 in Toppenish, Wash.

Elese Washines recently answered some outer space-related questions posed by her 5-year-old son, Hulí. He wanted to know what he could build with his magnet blocks, and the conversation veered to unmanned missions.

His mother, who had an internship at the NASA Jet Propulsion Laboratory in California, is a big fan of unmanned space missions. She told Hulí about the Mars Pathfinder robot and the Stardust spacecraft, and he built versions to her specifications.

Washines, 37, is program manager for the Yakama Nation Higher Education Program. On a typical weekday morning before the COVID-19 pandemic, she would prepare Hulí and daughter Xilanii, who is 3, for school. Hulí has attended Head Start and Xilanii attended the Heritage University Early Learning Center when Washines and her husband, Brandon Blodgett, were at work.

They and countless other parents have adjusted to pandemic challenges. Her husband is working outside the home while Washines works at their home in Toppenish, attending numerous Zoom meetings — some quite lengthy — and teaching their children. She is also a student, pursuing a doctorate in mathematics education at Oregon State University.

“As a manager for the tribe, I have a lot of meetings to tend to our students’ needs. We have about 300 different students at 90 different institutions,” she said. “Yakama Nation has a really big early and higher education program.”

Learning began at a young age as Washines, whose Indian name is Kayaxulese, grew up with Yakama traditions and speaking the Ichishkíin language along with English. She entered the Toppenish School District understanding and speaking both languages. Ichishkíin, also known as Sahaptin, is the language spoken by the Yakama people in Washington, Oregon and Idaho.

“I remember one day when the (kindergarten) teacher was quizzing us on our colors, I said all our colors in the Yakama language. I didn’t realize there was a difference in Yakama and English at the time,” Washines said.

She was put into speech therapy classes to work on pronunciation and enunciation, Washines said, and into lower-ability groupings for students her age because she was attending speech therapy classes. In second grade, a paraprofessional noticed her studying material from the higher-ability math groups and gave her a packet of all the work those students had done that year so far.

Washines took it to a Toppenish Middle School volleyball game, created a makeshift desk and finished it all. When she presented it at school, the teacher asked who did it for her. Washines said she did it all herself.

“They didn’t believe me, so they tested me. Then it became apparent how I could easily demonstrate my intelligence to people through mathematics, my understanding of numbers,” she said. “After that, I was identified as gifted and talented.”

“He’s been working for the tribe for more than 50 years. He’s the longest-running tribal employee. He’s a surveyor, so he’s always been into mathematics as well. My dad, my brother Brandon would talk to me about algebra when I was just 7,” added Washines, who is the youngest of five.

She is especially close with sister Emily Washines, a Yakama Nation historian, scholar and advocate for missing and murdered Indigenous people and their families. “Emily and I talk every day. We have our own little language because we’ve been so close our entire lives,” Elese Washines said. “I’m her biggest fangirl. I genuinely trust her leadership.”

Washines graduated with the Toppenish High School class of 2001 and received an associate of science degree from Yakima Valley College. She had a full-ride scholarship to the University of Washington and declared her major in mathematics right away. She also concentrated on linguistics, American Indian studies, physics and computer science.

After her internship at the Jet Propulsion Laboratory, Washines decided STEM education was her passion. She did some student teaching in South and North Seattle, then chose to come home to work at the Yakama Nation Tribal School. While there, she earned a master’s degree from Central Washington University through its mathematics-in-teaching program.

She also taught Yakama tribal government, and in that time was one of three writers for the Since Time Immemorial: Tribal Sovereignty in Washington State curriculum.

Washines then joined the Heritage University staff full time as a math educator after working there as an adjunct. “How do you turn a couple of math degrees into something of force? You turn it into a form of education that can be provided to others. My math degree ended up serving more than myself,” said Washines, who was honored by fellow faculty members as faculty member of the year in 2017.

“That is probably one of the biggest honors I’ve ever received,” she said.

Washines is also an elected official for the Yakama Nation. She is in her third year as a code of ethics board member. It would have been for two years, but the tribe didn’t have General Council this year because of the pandemic, she said.

Living a life of service and being of service to those around her and the community around her contributes to her well-being, Washines said.