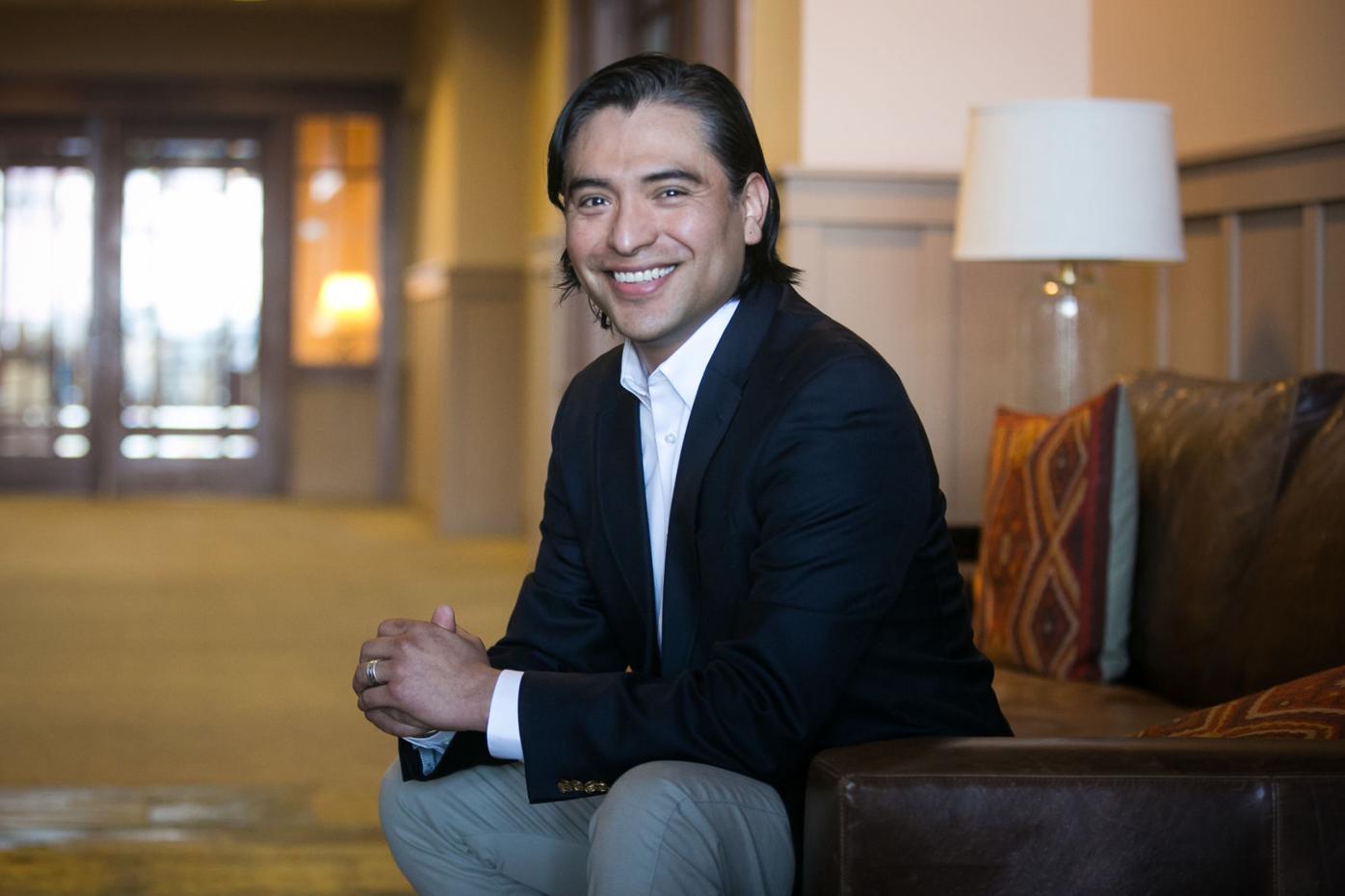 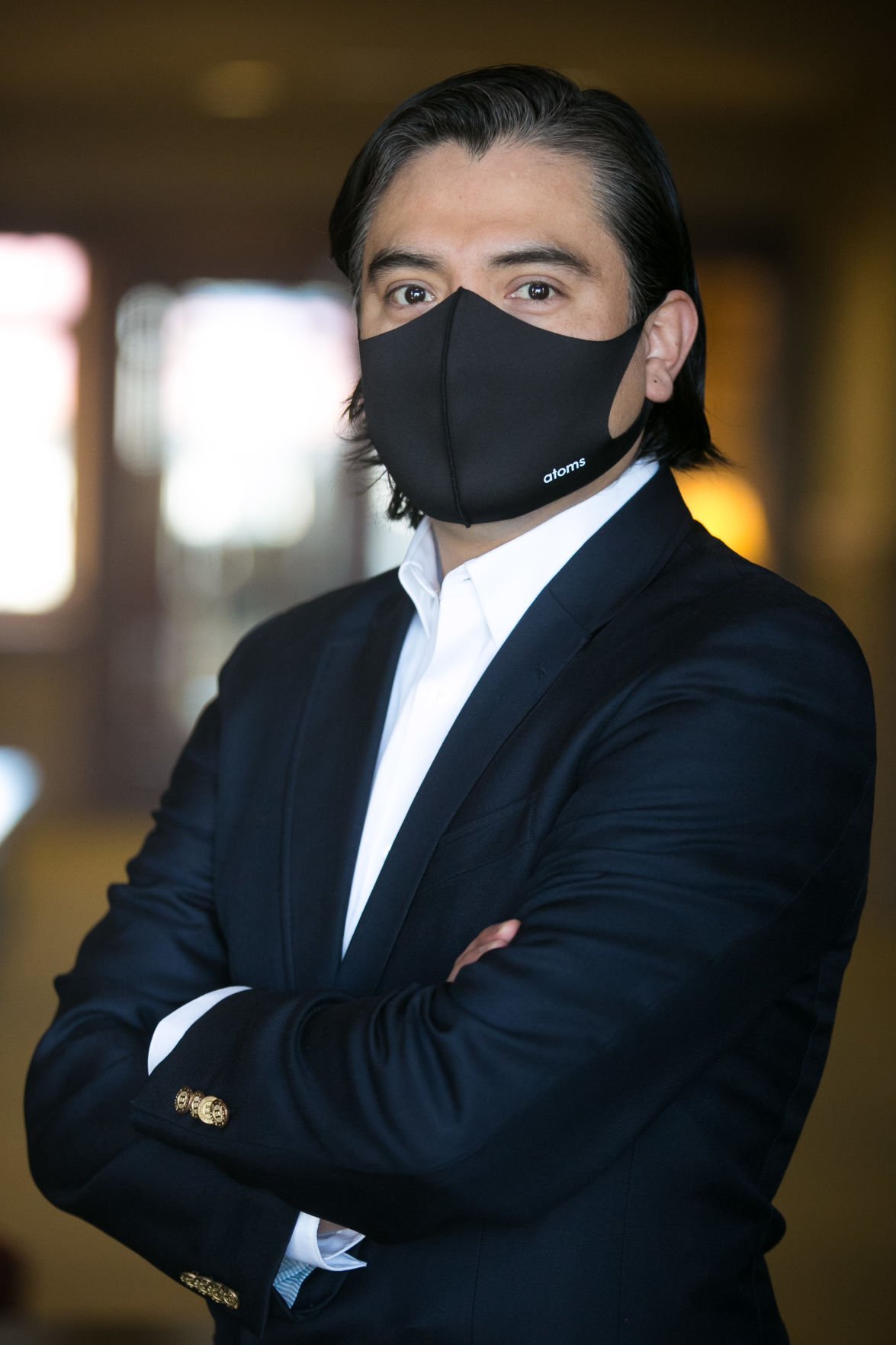 This is a preview of our annual 39 under 39 special section, where we feature some of the most exceptional and interesting young adults from the Yakima Valley.  To read the rest of the profiles, subscribe.  If you're already a subscriber click here to read.

Estakio Beltran graduated from Davis High School in 2001 and left Yakima for Gonzaga University in Spokane, where he majored in psychology and applied communications. But earning a high school diploma was never a sure thing.

Beltran grew up in foster care, living in multiple homes in Yakima County, most on the Yakama Reservation. Just before he was set to graduate from Davis — the fourth high school he attended — Beltran was going to be moved to another high school.

Jim Rigney, a Davis counselor, emailed the entire staff, asking if anyone was a foster parent and telling them Beltran could graduate if he could stay there. Steve and Julie Barker, whom Beltran calls mom and dad, came forward and said they weren’t foster parents, but had an extra room. Julie was a math teacher and Steve, who died in November, was a pastor at Grace of Christ Presbyterian Church (formerly First Presbyterian Church).

“They went about becoming foster parents in record time — four weeks — so that I could stay ... and graduate from Davis,” Beltran said. “It was just a beautiful miracle that enabled me to graduate. I seriously wasn’t planning on it.”

While in foster care, especially after he turned 13 and was declared a ward of the state, Beltran ran away a lot. He ended up at St. Joseph and other Catholic churches in those years and got to know some of the Jesuits, he said. The Barkers encouraged him to apply to Gonzaga, a Jesuit university.

“It was yet another miracle in my life, that I applied to Gonzaga and was admitted and was allowed to go and have this experience that I didn’t even think was in line for me,” Beltran said. “When I got to Gonzaga, I just took off. It turns out all I needed was a stable place to live.”

After graduating from Gonzaga in May 2005, Beltran worked for U.S. Sen. Maria Cantwell of Washington and U.S. Rep. Dennis Cardoza of California, along with a role as policy adviser to the director for the Children’s Division of the Missouri Department of Social Services. He also ran for Congress and earned a master’s degree in public administration from Columbia University in New York.

Beltran, 37, moved back to Yakima from Washington, D.C., in 2019. He is the director of advocacy and community innovations for the Yakima Valley Community Foundation and works with community agencies to help improve the health and wellness of Valley residents.

“I made the decision to return because I’ve always wanted to bring back home ... that knowledge to the community,” he said. “I kept an ear to the ground for job opportunities that really allowed me to engage with the community on issues that are so critical to their success.”

During the COVID-19 pandemic, Beltran has led Yakima Valley Resilience and Response Fund efforts supporting charitable organizations and agencies, in particular those that help the Valley’s most vulnerable populations. Those community efforts have included delivering food and other items to several food banks and nonprofits. Beltran strongly encourages other organizations helping people in the Valley during the pandemic to “lean into a partnership with the foundation and contribute to this work,” he said.

Beltran is also guiding work to provide broadband internet service throughout the Valley for improved access to education, health services and economic opportunities.

“It’s exciting work and I am grateful to be part of it,” he said.

To recognize Beltran’s contributions to and leadership in philanthropy that demonstrated regional impact, Philanthropy Northwest presented him with the Mary Helen Moore Ambassador of the Year Award in 2020. Nominations were submitted by people in six states.

“This came as a surprise to me as I had only been working for the Yakima Valley Community Foundation for a little over a year,” he said.

His passion to support others in the Yakima Valley comes from his life experience. Beltran also hopes to inspire other young people in difficult personal situations.

“I feel like through that lived experience, I have a lot more empathy and understanding for the different people that make up our community,” he said. “Those kinds of experiences have been very useful in my role and it’s such a privilege to give back to the community that literally raised me.”

A poster hanging in the main area of the foundation offices with the words, “Believe there is good in the world,” inspires Beltran. He faced challenges growing up but also received support.

“It’s not been easy. All of this ... came very hard for me because I had certain disadvantages,” he said. “But I choose to hold on to the good.”

Profession: Director of advocacy and community innovations for the Yakima Valley Community Foundation.