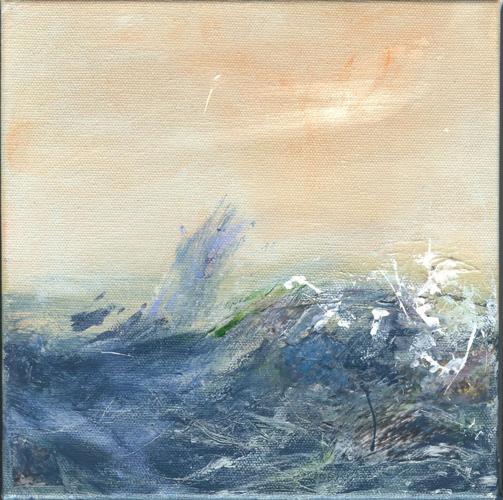 "The Restless Sea" by LeAnne Ries. 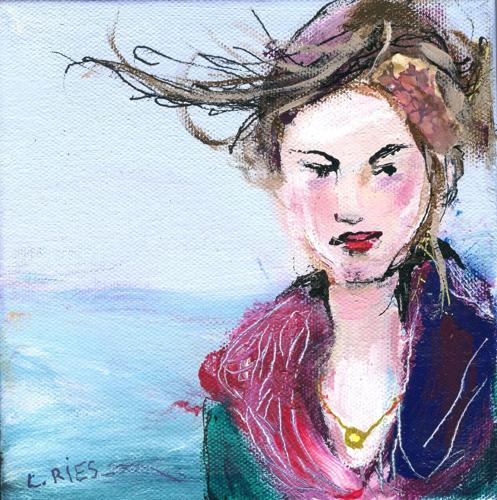 "And Just Like That, She was Gone" by LeAnne Ries. 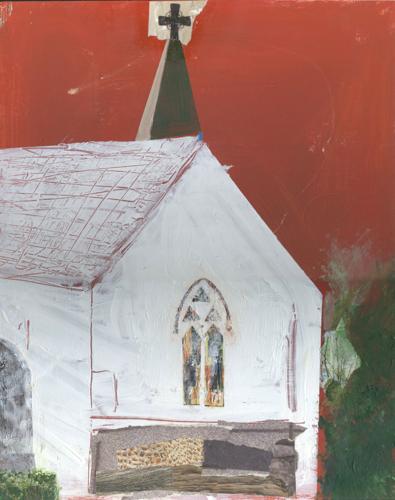 "The White Church" by LeAnne Ries.

"The Restless Sea" by LeAnne Ries.

"And Just Like That, She was Gone" by LeAnne Ries.

"The White Church" by LeAnne Ries.

Artist LeAnne Ries makes use of the term liminality to title her exhibit at the Boxx Gallery in Tieton. She says the word defines being on a threshold or between two places.

Ries states that she “explores motifs of liminality and transition — the sea — the end of land at the end of things, the edge, and the beginning of something new.” In her work “The Restless Sea,” waves rise up and lap, and “just at a glance, you know they are moving on.”

The sea is just one of the recurring motifs in this exhibit. “A place roiling with change,” she writes, “faces, again near the sea or wide skies, suggesting the embarkment toward something new; bridges, sitting permanently in the liminal, always connecting two different places; solitary buildings offering an outer space for inner change.

“Chairs (another favorite motif) are suggestive of the human form and personified with familiar themes.”

Ries grew up in the Selah countryside where she says she “felt a sense of freedom and creativity. In open spaces, under big skies. Early on, I drew cartoons of my teachers and later, a comic strip, ‘Evan,’ in the high school newspaper, which sometimes got me in trouble.”

“I left for the San Francisco Bay Area for 20 years,” she goes on. “Upon returning, I took up acrylic and mixed media painting.”

In the exhibit “Liminality,” Reis says she focused her “vision to places of transition, in-between-ness, and the embarkment toward new possibilities.”

The exhibit will open Saturday, June 4, with a reception from 1-4 p.m., and Ries will present a lecture at 2 p.m. Sunday, June 5. The Boxx asks a $5 donation to the Friends of Boxx Gallery. The exhibit closes June 26.

• David Lynx is executive director of the Larson Gallery at Yakima Valley College. He writes this weekly column for Explore. Learn more at www.larsongallery.org.