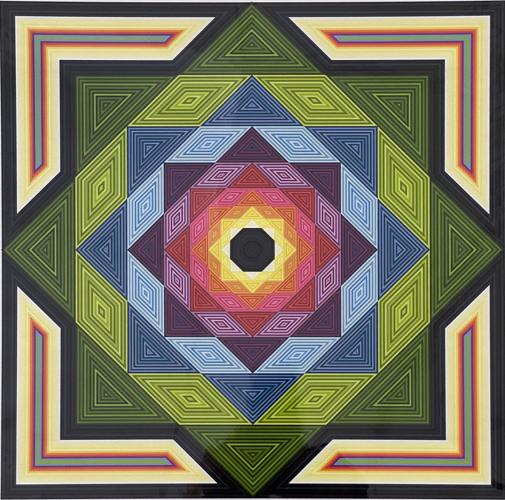 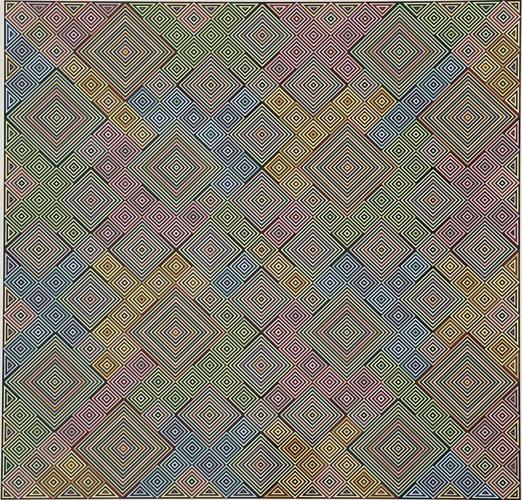 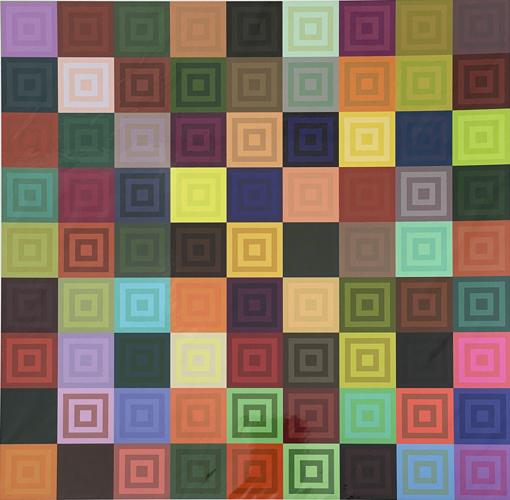 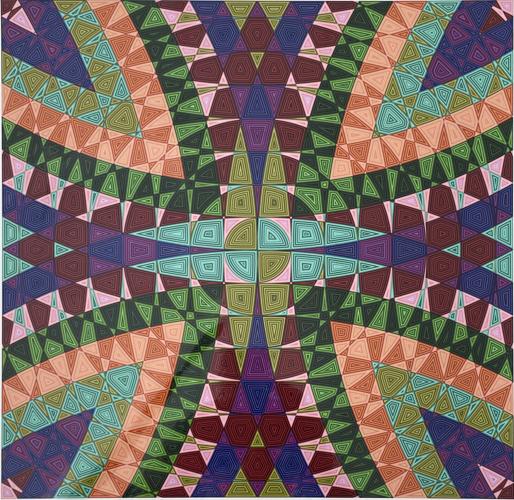 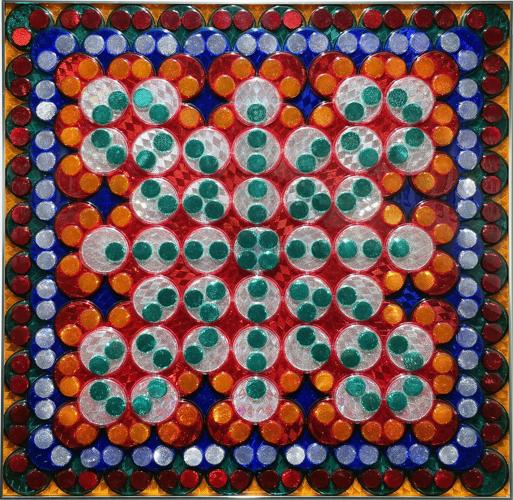 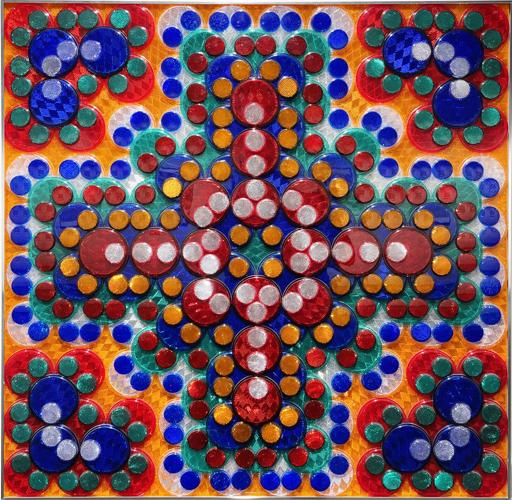 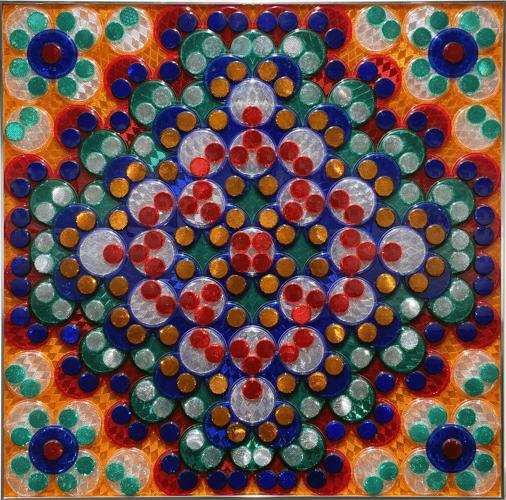 On Sept. 17, 2007, Dick Elliott was diagnosed with pancreatic cancer.

“I was immediately faced with my mortality,” Elliott said. “Nationally, only 5% to 10% of diagnosed pancreatic patients live beyond a year after being diagnosed. Even though my oncologist has the best survival rate in the country, with many patients living five years or more, I knew I had major changes ahead.

“At the time, my artwork consisted of doing large-scale paintings, which took a lot of physical effort to complete. I decided I needed a new style, one that would take as little physical effort as possible. I moved my painting onto the computer. If I feel good enough to sit in a chair, I can work.”

Although Elliott died in 2008, examples of this body of work, the “Vibrational Field” painting series, can be seen in an exhibition at the Larson Gallery.

Elliott wrote that this artwork was “composed of colored lines filling a field. This style has led to creative changes in how I work. I now have thousands of colors that I choose from. I have laid out over 4,000 color swatches and printed them out so that I would know how the colors on the screen would look when printed.

“I have cut out these color swatches and have them laid out on two tables in my studio. When doing a piece, I organize a group of colors so that I have a very good idea on how the colors will relate to each other in the piece. The breadth of color in this new work is new to me.”

In addition to his “Vibrational Field” series, examples of his reflector art are also on view. This exhibit was installed to coincide with the restoration of the “Circle of Light” at the Yakima Valley SunDome.

Wrote Elliott: “I have been a working artist for over 40 years and view the ‘Vibrational Field’ painting series as my endgame as an artist. The artistic ideas pouring out are exploring a breadth of ideas. It is a summation of 40 years of thinking about the possibilities of what art can be, an interesting roller coaster of a ride.”

Richard “Dick” Elliott’s “Vibrational Field” exhibit and Paul Heussenstamm’s “Mandalas as a Spiritual Path” exhibit are on display at the Larson Gallery through Aug. 27.

• David Lynx is executive director of the Larson Gallery at Yakima Valley College. He writes this weekly column for Explore. Learn more at www.larsongallery.org.