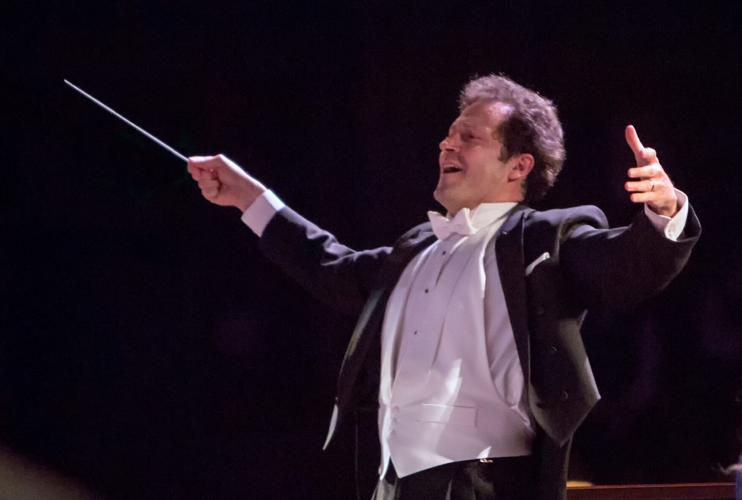 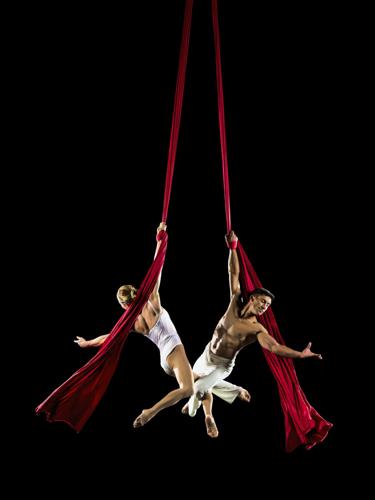 Cirque de la Symphonie will be featured at the June 25, 2022, Yakima Symphony Orchestra performance at The Capitol Theatre in Yakima, Wash.

Cirque de la Symphonie will be featured at the June 25, 2022, Yakima Symphony Orchestra performance at The Capitol Theatre in Yakima, Wash.

In an ordinary year, the Yakima Symphony Orchestra’s season would have wrapped up by the end of May. This is, of course, no ordinary year, and the coming month features three absolutely blockbuster programs to close the orchestra’s 50th anniversary season on a high note.

On June 11, the orchestra will be joined by the Yakima Symphony Chorus for a performance of perhaps the most influential work ever written for orchestra: Beethoven’s Ninth Symphony. The inclusion of a chorus in a symphony was revolutionary for that time, and the melody written to Schiller’s “Ode to Joy” has since come to represent the ideals of peace, freedom and equality for all humankind throughout the world.

This is music on a massive and heroic scale, with a message that elevates the symphony beyond the musical experience to the level of a spiritual epiphany, and every orchestral composer for the century following its premiere lived and worked in its shadow.

Also on this program is Beethoven’s “Choral Fantasy” for orchestra and chorus with piano soloist, and a short work by American composer Diane Wittry inspired by the symphony, “Ode to Joy Fanfare.”

For an unusual midweek offering, on June 21 the YSO will present “The Music of John Williams,” a celebration of the 90th birthday of the composer of some of the most iconic film music ever written, from the “Star Wars” and “Harry Potter” series to “E.T.: The Extraterrestrial” and “Raiders of the Lost Ark.”

This performance was originally to have taken place in early January, but the snowstorms that closed all four major passes across the mountains forced a postponement.

While Williams’ music is memorable in film, its roots in the masterworks of classical and romantic composers from the past make for an unforgettable experience with a live orchestra in the concert hall.

The third in the trio of YSO blockbusters is Cirque de la Symphonie on June 25. The musical element of the program is impressive on its own, including everything from Richard Wagner’s “Ride of the Valkyries” and Nicolai Rimsky-Korsakov’s Capriccio Espagnol to Bernstein’s popular “Candide Overture” and Leroy Anderson’s “Bugler’s Holiday.”

In addition, each of these great orchestral showpieces (and a host of others) is paired with brilliantly choreographed Cirque acrobats, both on and flying above the stage. This is a brilliant marriage of great music and spectacular visuals, and a show not to be missed.

Subscriptions for the YSO’s upcoming 2022-23 season, Symphonic Sensations, also are currently on sale. The lineup continues Maestro Golan’s tradition of mixing old favorites from a variety of genres and styles with great music that might be lesser known, ranging from Mussorgsky’s “Pictures at an Exhibition” and Rachmaninoff’s beloved Second Symphony to a screening of a classic silent film with live orchestral accompaniment and a tribute to the Queen of Soul, Aretha Franklin. A subscription brochure and other information is available on the YSO website at www.ysomusic.org. Only subscriptions are available at this time; single tickets for the upcoming season are expected to go on sale in August.

If you go: Current season

How much: $12-$66 adults, $11-$59 seniors and military, $5 students and children. The Capitol Theatre charges an additional $1 patron user fee per concert for each ticket issued.

Season brochure: Available through the Yakima Symphony Office, info@ysomusic.org or 509-248-1414.

Also: Students and children must present photo ID or visual proof of age and may be seated in any section.

As of publication date, there are no COVID-19 restrictions for entry by the audience.