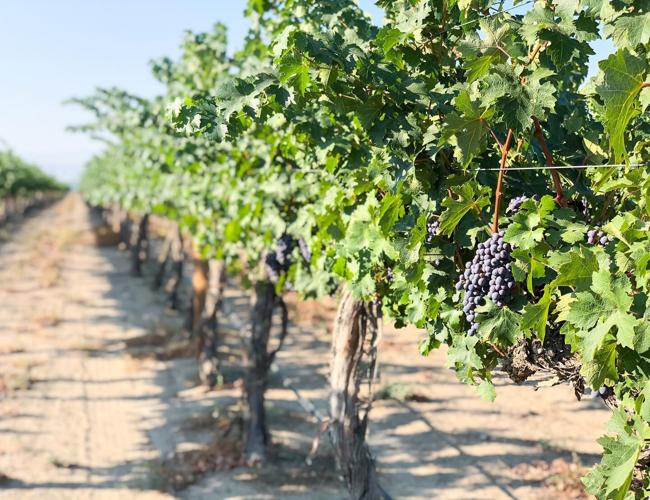 Grapes on the vine in Sheridan Vineyard. 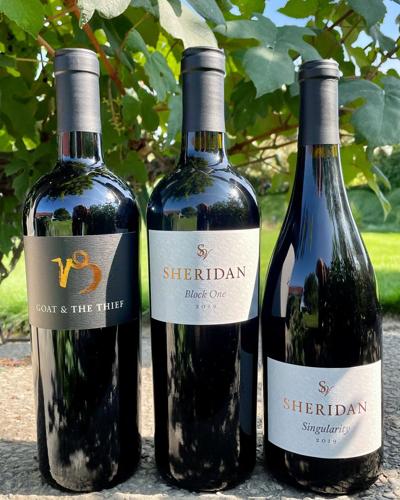 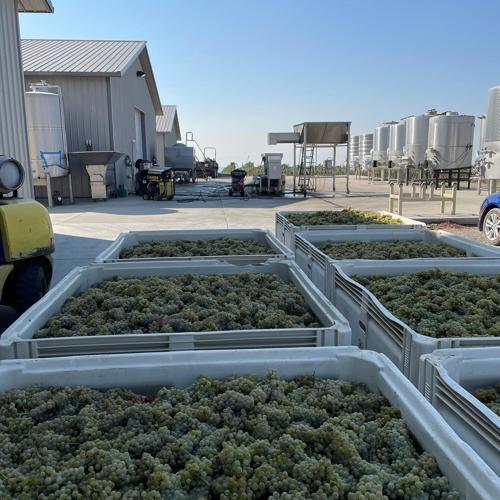 Chardonnay handpicked by crews at Sheridan Vineyard, photographed near Zillah, Wash., on Sept. 10, 2021.

Grapes on the vine in Sheridan Vineyard.

Chardonnay handpicked by crews at Sheridan Vineyard, photographed near Zillah, Wash., on Sept. 10, 2021.

It was June 26, 2001, five years after Scott Greer had planted his grapevines, and the year following his first official harvest.

Dark ominous clouds began billowing across Eastern Washington bringing anxiety and concern to farmers across the state. Over the next two days, they would unleash a torrent of wind and hail, devastating vineyards, orchards and ground crops, leading to substantial crop losses.

Yakima County had significant losses of 26 crop varieties leading farmers to request the state declare the county as a disaster area for financial relief.

Sheridan Vineyard near Zillah was not spared. During the storm there was a 17-minute microburst of 140 mph winds and hail, during which Greer’s young vineyard saw an approximate 97% crop loss. They had an estimated 100-120 tons of fruit potential in the vineyard but were only able to harvest 3 tons come fall.

“A deep depression set in with me after that. I felt that I had made one of the dumbest decisions of my life,” Greer said.

This depression would last about three years but would lead to a strong determination to persevere as he truly believed in the potential of the vineyard. “It was a blessing in disguise. It taught me how to be efficient and not to take things for granted,” Greer said.

He would focus this determination onto his vineyard, scrupulously increasing the quality of the fruit production. He had no formal viticulture or winemaking education but, through a combination of self-teaching and research, he would develop a sustainable vineyard comprised of cabernet sauvignon, cabernet franc, syrah, merlot and chardonnay.

In the early days, Sheridan would sell off about half of their fruit while the winery and demand built up, but over the next few years, the winds of change began to blow.

Robert Parker’s “Wine Advocate” began to take notice. Sheridan’s 2007 Reserve Syrah garnered a Wine Advocate score of 95 points, but this was only the beginning.

Following that review, Sheridan wines would routinely score in the mid-90s, including a 99-point rating on their Block One cabernet sauvignon. Sheridan’s Boss Block Cabernet Franc has also come to be considered by many wine professionals as one of the best expressions of this varietal in Washington.

Despite the multitude of enviable ratings and high praise, Greer is quick to point out that the enjoyment of wine is subjective. A wine which garners high points is not guaranteed to bring enjoyment to every palate.

“If you taste a wine and it moves you, you don’t need someone else to tell you that it’s good,” Greer said.

He also makes it clear that his vineyard management and winemaking are not directed toward accumulating critic accolades, but toward achieving the maximum potential that Sheridan Vineyard has to offer, making wines that he believes express the beauty of both the vineyard and the varietal.

Moving forward, Greer believes that cabernet will play a prominent role in the winery. The 2020 Block One (100% cabernet sauvignon) will release in the fall of 2023 and he considers it to be his best wine yet.

He’s also creating a new wine named Resolution, which will be 100% cabernet sauvignon from three locations in the vineyard, composed of a mixture of three cabernet clones (clones 6, 8, and 337). Resolution will release in the spring of 2023 and should rival the quality of the Block One.

Greer is also planning a group of cabernets from different single clones, the Block One (clone 8), a clone 337 and a clone 6. Sheridan will then have four high end cabernets with different characteristics. These are, without a doubt, worth looking forward to.

In the meantime, while waiting for these upcoming cabernets, I highly recommend enjoying Sheridan’s 2019 L’Orage, which is French for “the storm,” in reference to the storm of 2001 described above.

It was released in the spring of this year and is made of 80% cabernet sauvignon and 20% cabernet franc. According to Big John Caudill, Sheridan’s chef and director of marketing and sales, it is already starting to show beautifully, even in its youth. It gives bright red fruit accented by gravel dust and a hint of orange zest leading to a long velvety finish layered with blue to black fruit and bittersweet cocoa. It is a complex wine which will age well and will not disappoint.

The best way to taste through the luxurious wines of Sheridan Vineyard, of which 100% is sourced from their estate, is to visit their tasting room, aptly named The Garden, at 2231 Roza Drive, Zillah.

It is a beautiful setting, just down the hill from their estate vineyards. I also highly recommend joining their exclusive membership, which provides access to these sought-after wines at a significant discount.

Looking onward, Sheridan’s forecast is bright. Despite the storms of the past and those which have not yet come, Sheridan will continue the tale of the man and his vineyard.

“I love what I do, it’s the journey that I’m making. I don’t ever see myself doing anything other than this. I’m documenting my life story through wine,” Greer said.

Chad Douglas is a Wine and Spirit Education Trust Level 3-certified wine consultant and pediatrician in Yakima. He submits occasional columns for Explore.