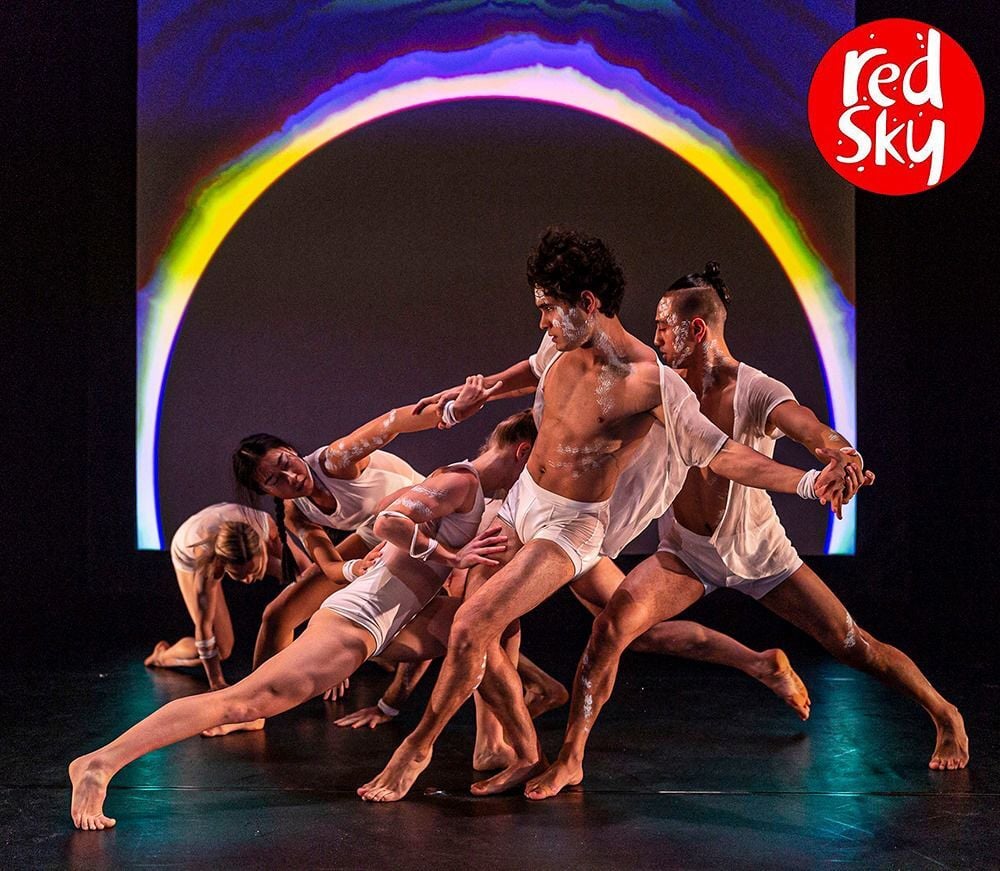 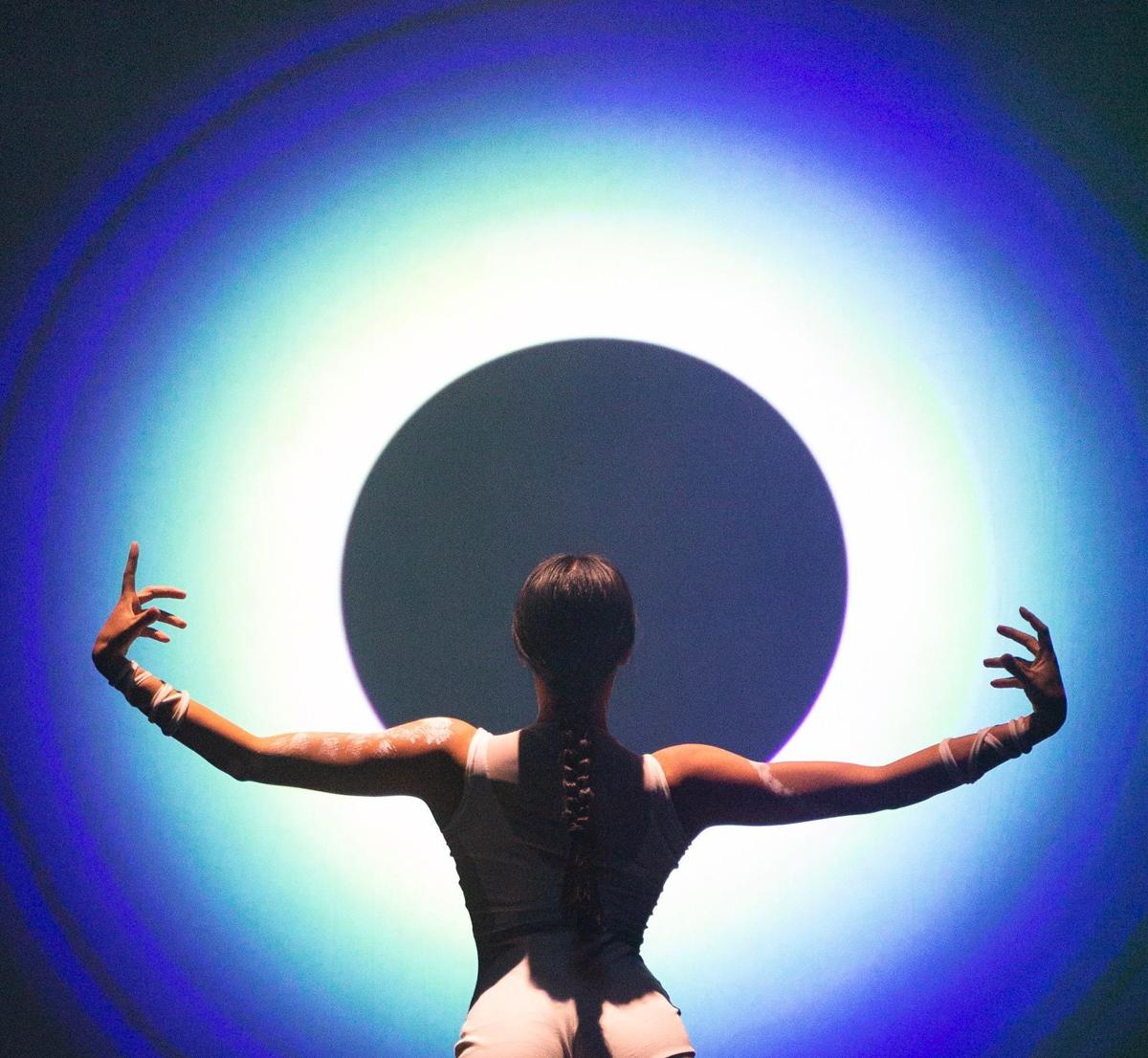 A performer from Red Sky Performance.

A performer from Red Sky Performance.

After almost seven years in Yakima, I finally did a same-day to-and-fro drive to Seattle for a show. While I love driving trips, it’s always for family or a show that I take to the road. Last week’s incentive was also my first show at the Moore Theatre. Somewhat larger and slightly older than The Capitol Theatre, I knew the venue alone would be worth the trip.

Performed with live musicians sharing the stage with the dancers, the award-winning “Trace” is described as a highly kinetic contemporary dance work inspired by Indigenous (Anishinaabe) sky and star stories, tracing our origins to the very beginning of the universe. At first almost overwhelming, the music begins with what seems like the suggestion of the Big Bang and its ripple effects to the here and now. The interplay between the musicians and dancers throughout the work varied from gripping to haunting. The athleticism and artistry of the dancers was truly impressive.

But what does that mean to someone who has never gone to a dance performance nor seen this particular show? Honestly, not a heck of a lot. It was my personal experience.

In my opinion, the most important thing to know as a novice dance patron is that what you are experiencing is likely very different from the person sitting right next to you. What you see and feel may be completely different from everyone in the room. That makes your response as valid as anyone else’s. Some people know more about the physical requirements of the dancer. Some may relate far more to the music and how the dancers move to the rhythms. Others may have had a rough day at the office, and it’s simply a chance to escape to the theater for a glass of wine and some beautiful people performing on stage.

Now, attending a musical theater performance is totally different. It’s easy. The better the composer, the better the writer, the better the director and the better the performer, the more likely you are experiencing, feeling and emoting exactly the same thing as everyone else in the theater. Everyone laughs, cries and applauds almost simultaneously if all of the artists collectively have done their jobs right.

Modern day musical theater hand-holds you through the entire evening’s experience. The choice of a major or minor key and a slow-paced or driving rhythm set the emotional foundation, because we all have learned what to expect based on the composer’s choices. The words are crafted for humor or sentiment, and it’s the actor’s job to get the timing right for greatest affect, but again, the reaction is prescribed. Even the dancing in musicals is crafted to fit the emotion and context of the moment without taking too much time so as not to slow down the pace of the show.

Don’t get me wrong. I love musical theater, every aspect of it, and if you ask my staff, seemingly every lyric of it as well. The good shows are easy to enjoy.

Contemporary dance may not always be as easy, but that doesn’t mean it is not as exciting. The pace and emotional contours of the music also set the foundation. The thing is, the language of dance isn’t as easily interpreted. It’s a different language, especially for a novice. A movement language has its own form of grammar and syntax. Some choreographers may be easier for you to understand than others. Some dancers may speak the movement better than others. Some audience members may have been learning the language a lot longer than you.

Don’t let that sway you. Consider learning a new language and a new way of appreciating the arts in its many forms. You may be surprised how much you understand right from the start. It’s not about whether or not you “got it.” It’s about what you got.

I enjoyed “Trace” immensely, and it might have been about all the amazing artists on stage and backstage. It might also have been because it was the first dance performance I had seen live in almost two years. All are valid reasons to enjoy a night out at a beautiful theater.

• Charlie Robin is CEO of The Capitol Theatre. He contributes a column in Thursday’s SCENE every four weeks.