You are the owner of this article.
Edit Article Add New Article
FAMILY
20 SOMETHING
CHOOSE YOUR ADVENTURE
OUT OF TOWNERS
STRETCH YOUR MIND
FEED YOUR BODY
NOURISH YOUR SOUL
1 of 2 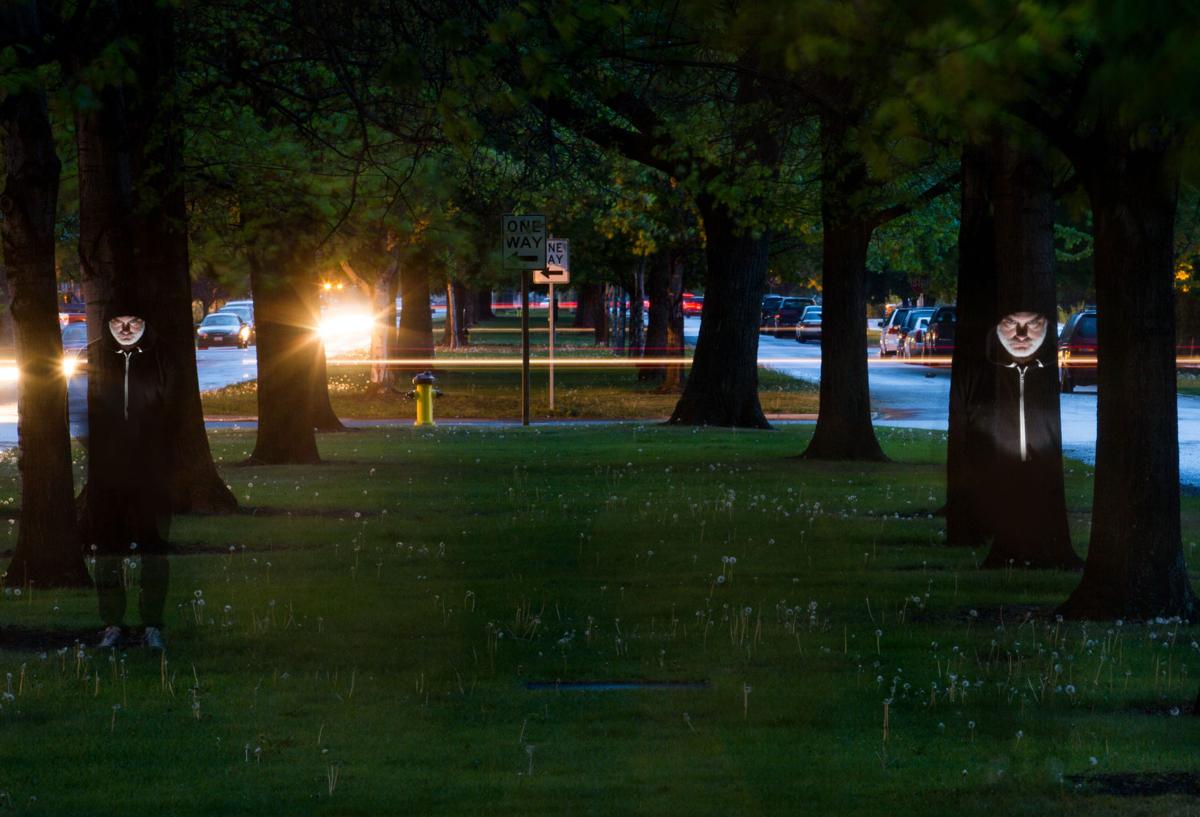 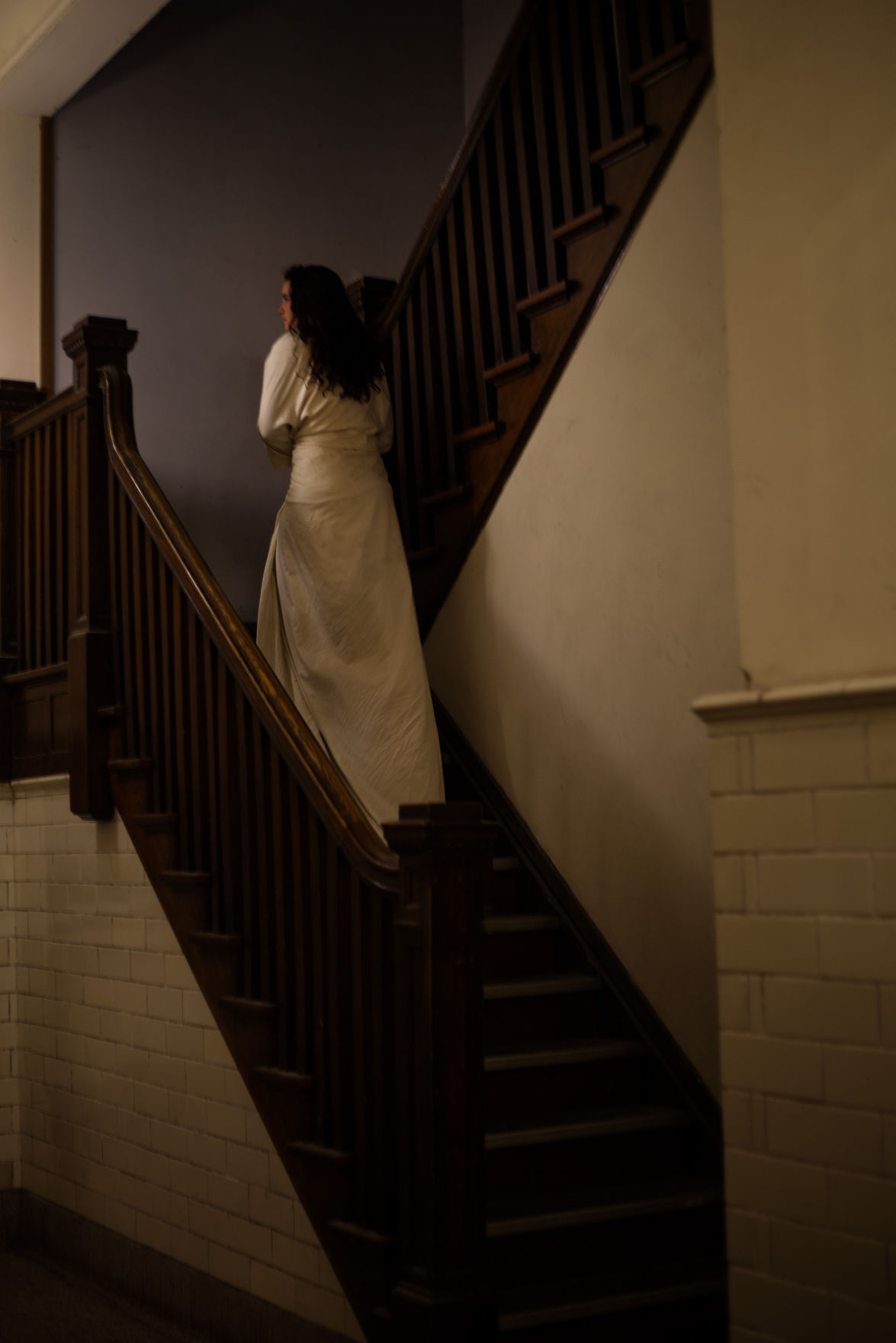 In this photo illustration, a woman climbs a flight of stairs at North Town Coffeehouse in Yakima, Wash. There have been dozens of claims of a woman in white haunting th popular downtown coffee shop, Yakima’s old train depot. (SHAWN GUST, SOFIA JARAMILLO, JAKE PARRISH/Yakima Herald-Republic)

Some called it the Woman in Black. Others dubbed it the Hog Devil.

Whatever its name, the tall figure terrorized North Yakima residents along Naches Avenue in April 1897 to the point that sightings made the paper.

“North Yakima has a ghost, at least the young people, and many old ones, are very much agitated on the subject,” the Yakima Herald reported.

Described as moving “noiselessly and with the swiftness of wind,” the figure that haunted Naches Avenue “in the vicinity of the churches” first chased Zenovia Fulkerson, who ran screaming to the house of a Miss Meyer.

Others saw it that night, including two boys who claimed it sat on the stoop of the Presbyterian church before coming straight at them “with a gliding motion” and disappearing, two more boys who followed it to the basement of Mike Schorn’s partially built house and Barber Jackson, who saw them chasing it.

Others claimed to see it, dozens of people hunted for it with sticks and clubs and Officer Grant threatened to arrest it.

“Well! You may say there are no such things as spooks, but when you put your hand out and it isn’t there, that settles it,” one boy said.

The Woman in Black/Hog Devil may be Yakima’s first reported ghost, but since then, several buildings throughout Yakima County have earned the reputation — proven or not — that they’re haunted.

Even if you believe in ghosts, some are debatable. While a spectre named Shorty is rumored to haunt The Capitol Theatre, several paranormal investigations failed to yield any evidence indicating a true haunting.

Others have firmly entered local lore. They include the lady in white who likes to hang out on the stairs up to the second floor of North Town Coffeehouse, and another ghostly lady who’s been seen sitting at a table at the Carousel restaurant. Are they the same lady? She’s not saying.

Several employees of Cafe Melange — now the Flying Pig, also nearby on Front Street — have said someone would reset all the table settings at night.

And former workers in the Lund Building at Yakima Avenue and Front Street have reported glasses flying from shelves across the room and shattering as well as strange incidents in the basement.

Some security guards have reported odd things happening at the William O. Douglas Federal Courthouse. And several employees of the Yakima County Courthouse have experienced odd incidents and sightings for years, but that could be because they’re government buildings — you never know what might happen there, ghost or not.

The Pomona Tavern outside Selah is rumored to be haunted by a ghost named Captain who likes to touch people on the shoulder. And paranormal investigators have seen strange happenings at the old Mabton High School, according to the Haunted Places website.

“According to the team, they placed some glow sticks on the ground, turned on the camera and then left the building,” the website notes. “It wasn’t until about the 9:30 mark of the video that you see one of the glow sticks fly across the camera. That glow stick was found in another room.”

And in Prosser, St. Matthew’s Episcopal Church has been featured on an episode of TV’s “Ghost Hunters.” Witnesses say they’ve seen a boy’s apparition, smelled burning wood and watched a size 6 footprint appear and disappear.

■ Check out this list of reportedly haunted places in and around