You have permission to edit this article.
Edit
Anniversaries
Announcements
Quinceañeras
Trends and Tips
Wedding Stories
1 of 7 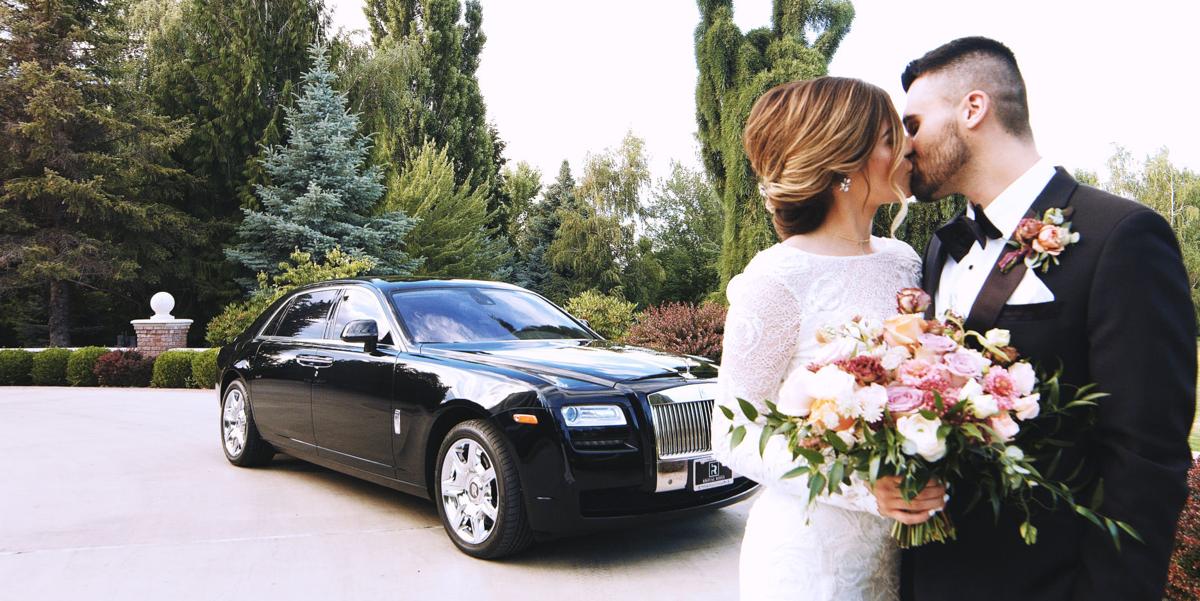 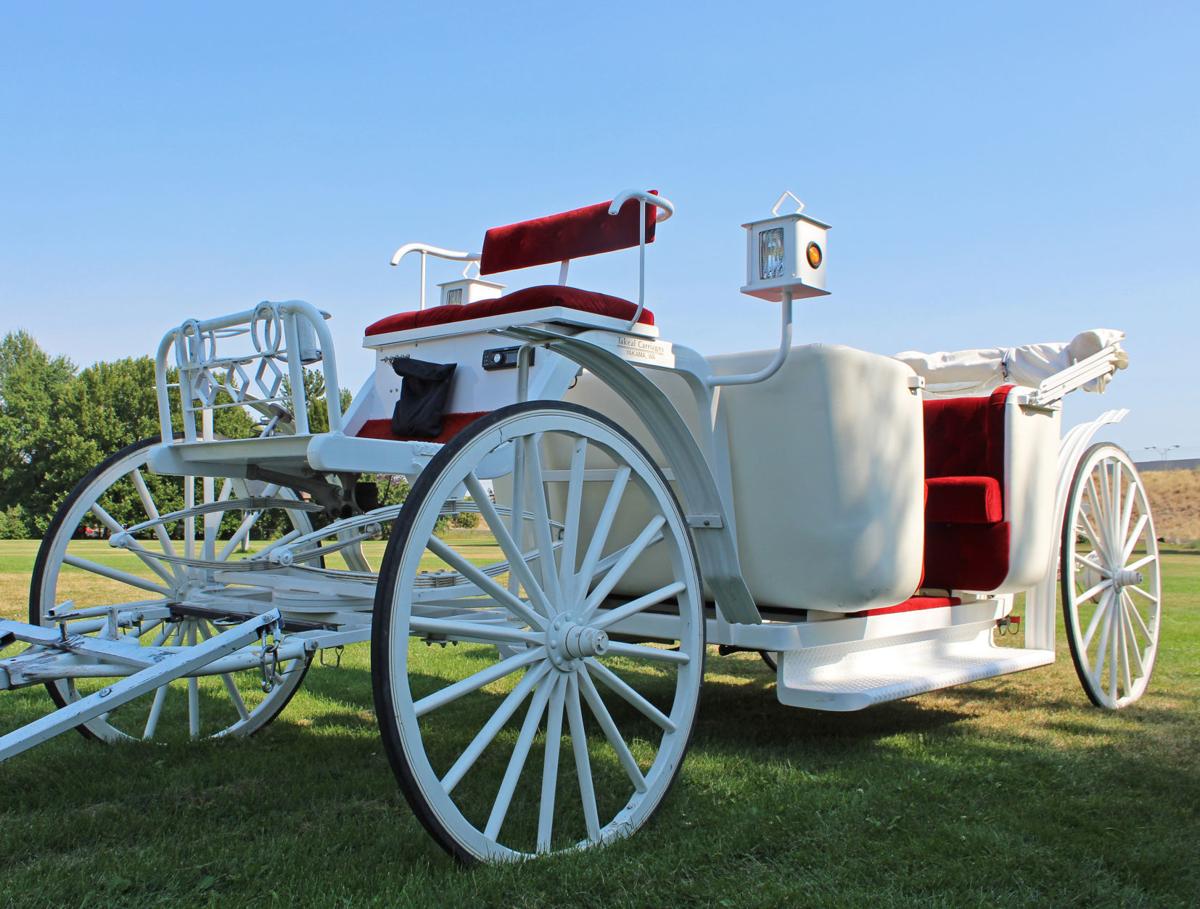 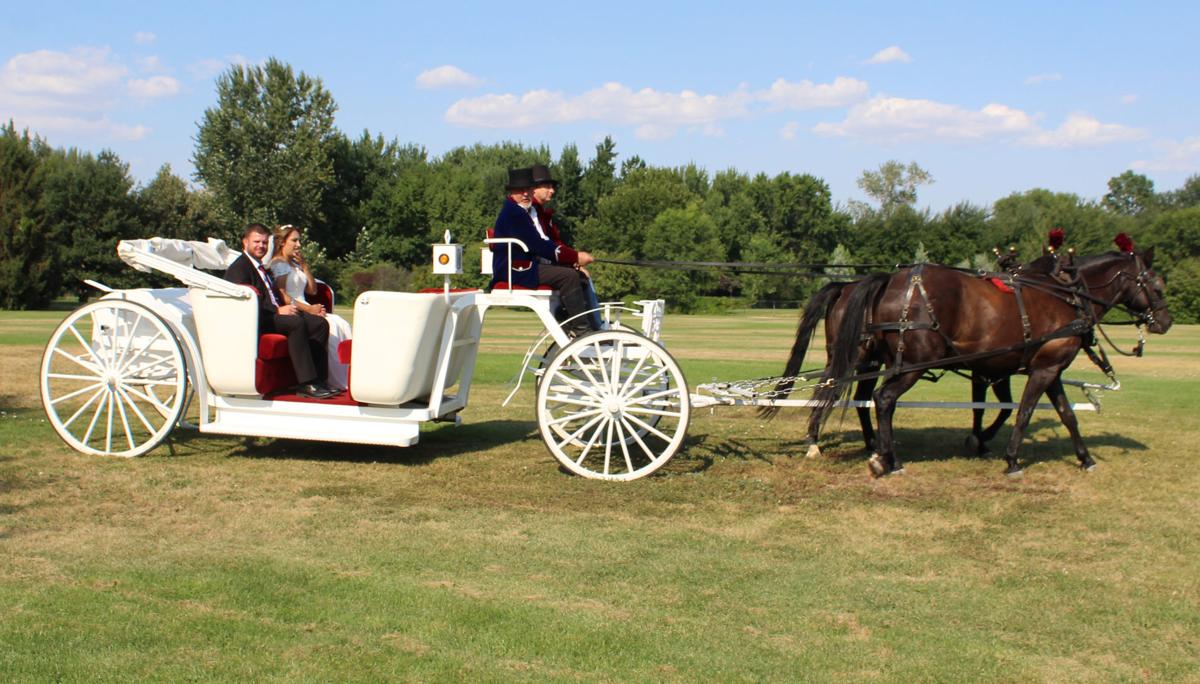 The horse team brings a couple of newlyweds to their reception at the Yakima Area Arboretum. 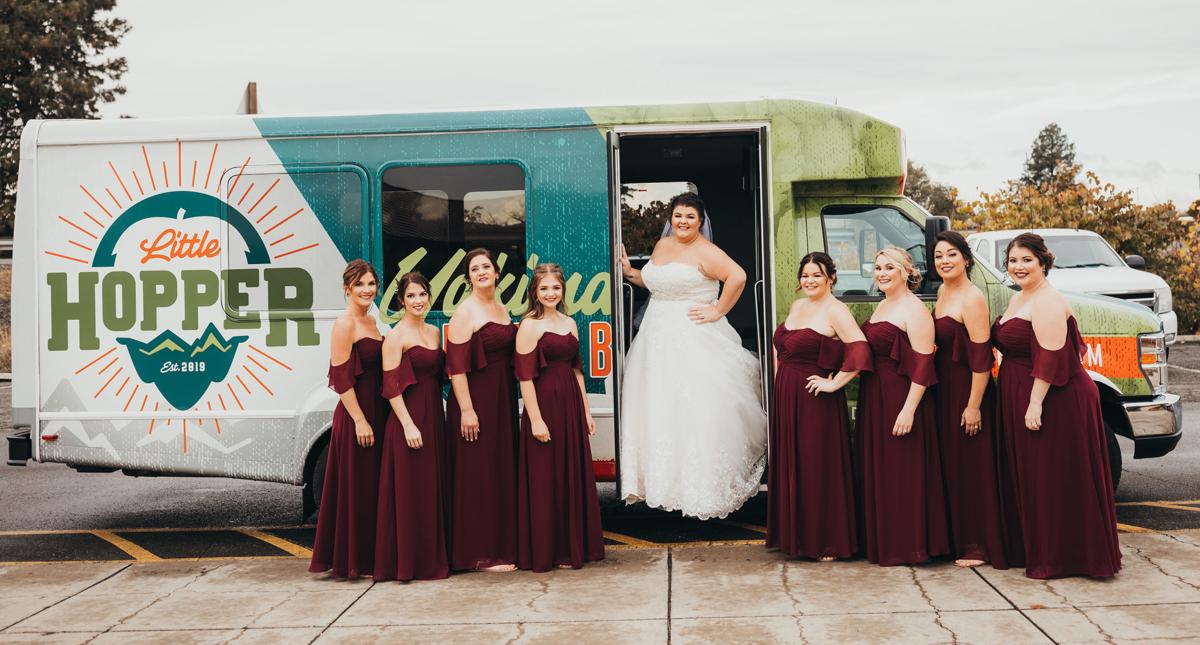 The Little Hopper ferried a wedding party to the Arboretum this fall. 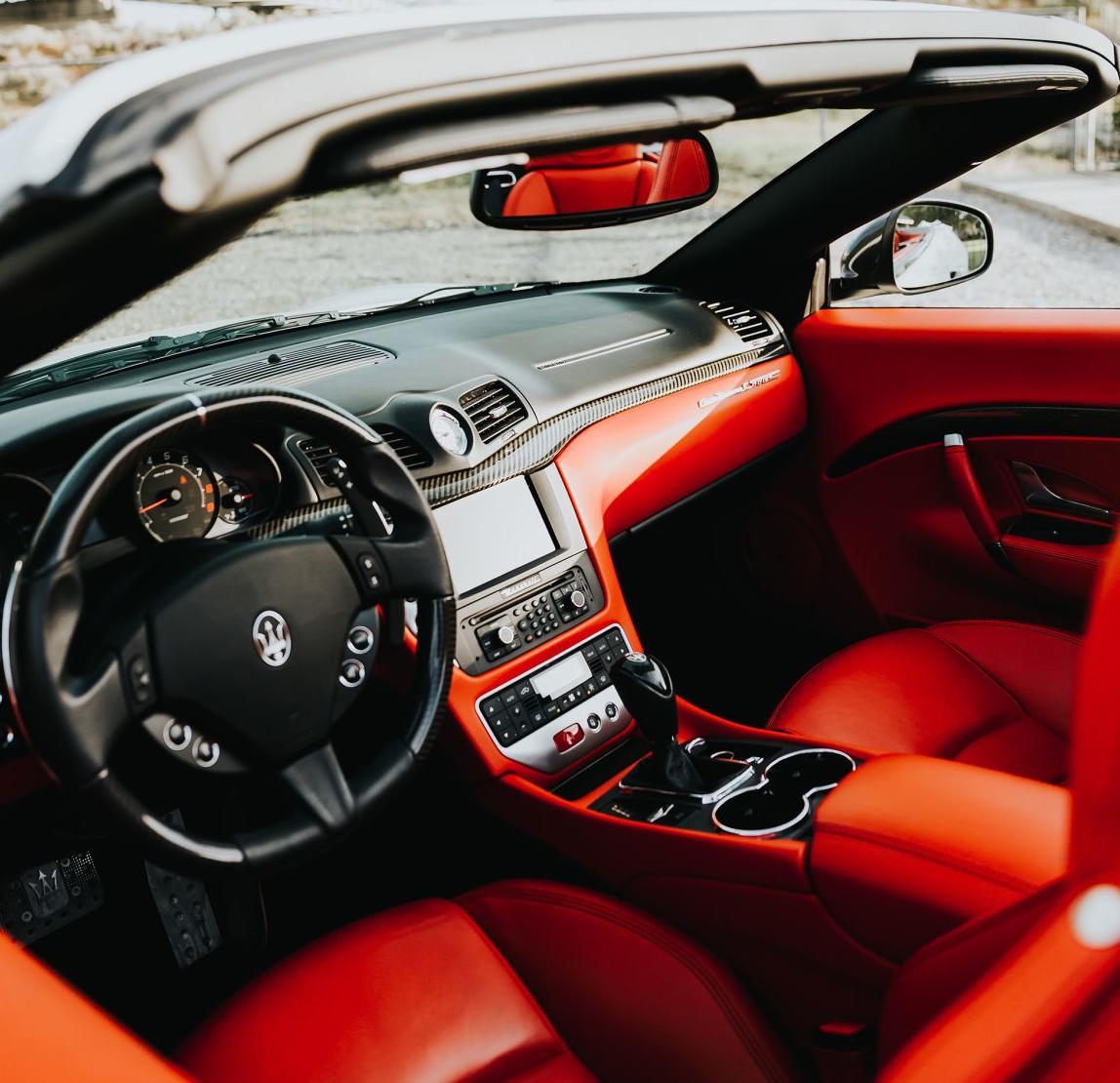 Who wouldn't want to luxuriate in the red interior of this Maserati GranTurismo? 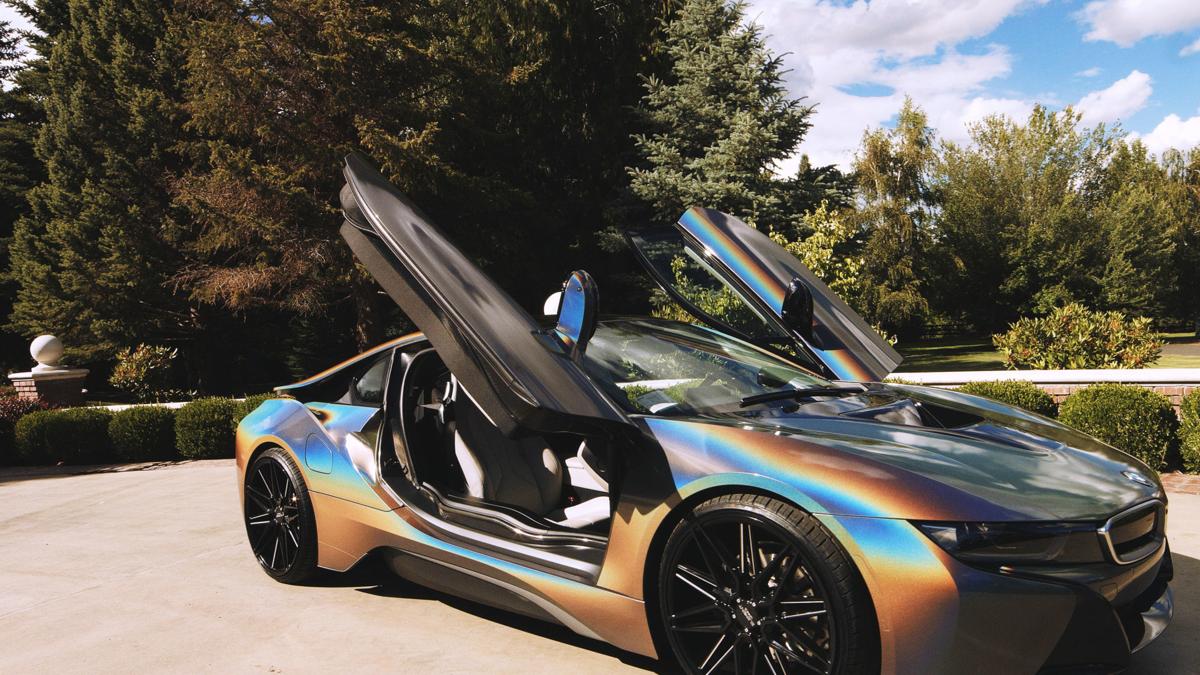 Or you could step out of the gull wing doors on this BMW i8 Coupe. 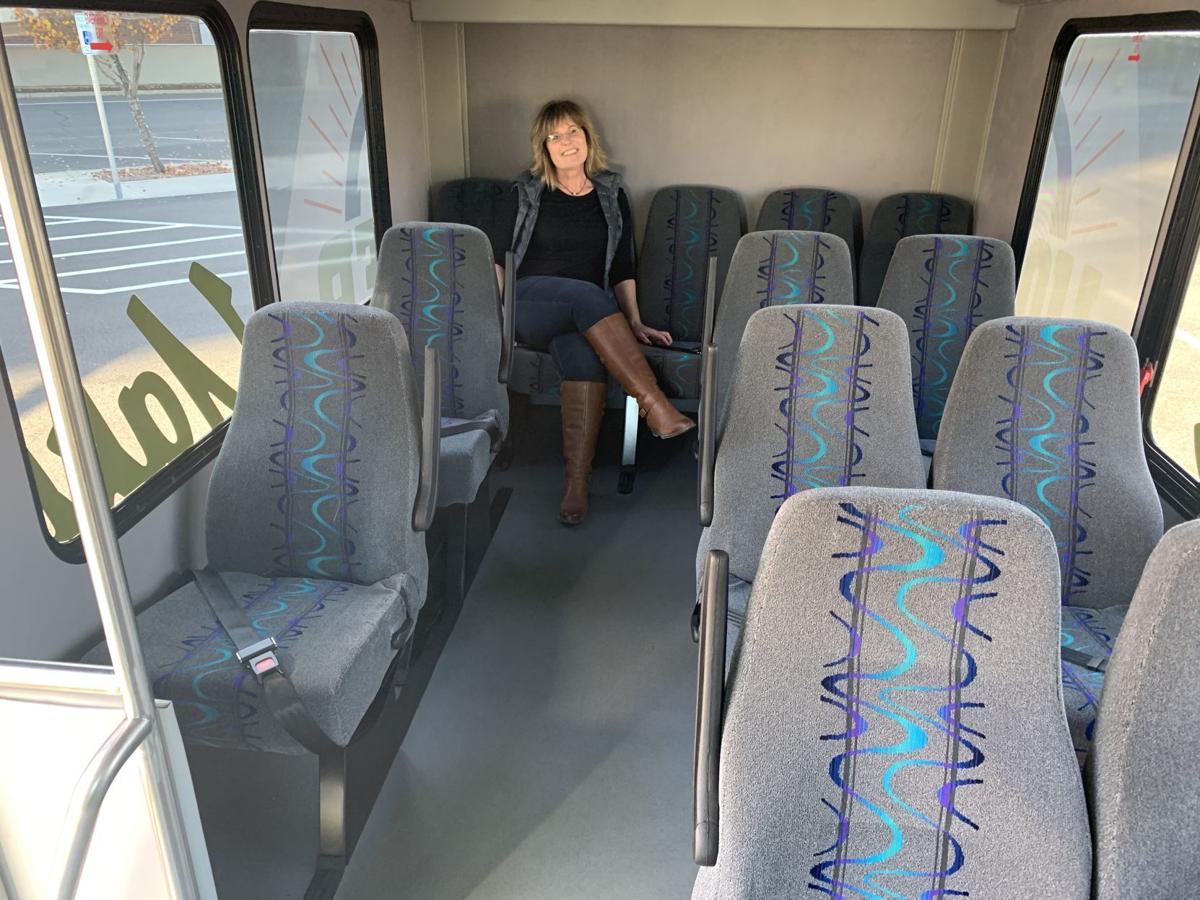 The horse team brings a couple of newlyweds to their reception at the Yakima Area Arboretum.

The Little Hopper ferried a wedding party to the Arboretum this fall.

Who wouldn't want to luxuriate in the red interior of this Maserati GranTurismo?

Or you could step out of the gull wing doors on this BMW i8 Coupe.

You can drive yourself to your wedding, or hire a limo that will fit your entire bridal party. But if you’re looking for something a little more unique, there are some interesting new options in the Yakima Valley. You can arrive in a gleaming white horse-drawn carriage, glide to your reception in a Rolls Royce or Maserati, or roll up singing in a hopping, bopping party bus.

Alan Geho launched the Yakima Valley Carriage Company in 2015. At first, he did only wine tours, but he’s been doing a growing number of weddings and quinceañeras. He started getting calls from people who’d seen him on wine tours and realized there was a new market for his old-fashioned ride. “That’s the common denominator with brides, who say ‘I’ve always dreamed of a white carriage for my wedding,’” Alan said.

The carriage is pulled by two Morgan horses named Jack and Jill. It’s called a Vis-à-vis, which means “Face-to-face” in French, because it has two bench seats facing each other. “I’ve had the whole family go with the bride,” Alan said, “but typically, it’s just the groom and bride.” The carriage has a convertible top, for couples who want protection from Yakima’s summer heat or a rainstorm.

Though the ride itself can be as short as 20 minutes, couples usually book the carriage for the whole day. To accommodate a daytime wedding Alan has to get up to feed the horses at 6 a.m., brush them at 7, load them at 8, drive them to the location and then give them an hour or so to get acclimated. He decorates the horses and carriage to coordinate with the couple’s colors. “I enjoy weddings,” he said. I’m an eternal romantic. I’ve never seen a grumpy groom or bride.”

If you’d prefer something a little faster to get you to the church on time, how about a Maserati GranTurismo or a Rolls Royce Ghost? Jeremy Karmy, owner of RRoyal Rides, noticed there weren’t a lot of luxury vehicle options for brides and grooms in our area, though there are limousine services. “Most of those vehicles were older and had become so ordinary and expected, that they hardly made for the impressive entrances and exits that most brides were hoping for. So, we wanted to offer a service that was a little more exclusive, attention grabbing, luxurious, and memorable,” he said.

RRoyal Rides serves the Tri-Cities and Yakima Valley areas. In addition to the Rolls and Maserati, you can rent a BMW i8 Coupe, a Cadillac Escalade, or a Mercedes Benz E-Class. “For a lot of our clientele, this is the first time riding in a vehicle of this caliber. Seeing the happiness, excitement, and confidence on their face when stepping in or out of our rides is what makes our service so rewarding,” he added. You can drive yourself or rent a chauffeur.

Wendy King of Yakima also saw a need for more transportation options. After a career in marketing and fundraising, she was looking for a new challenge. “I saw the landscape of Yakima changing with a lot of people in their 30s opening breweries,” she said. In May, she bought a 14-seat bus and christened it “The Little Hopper,” because her original plan was to focus on brewery tours. “I want to provide a service so that people can see these breweries and they don’t have to drive,” she explained.

But as time went on, she realized there were other opportunities for the Little Hopper. She did corporate and private tours, and soon did her first bachelorette party. The bridesmaids wore T-shirts that said “Brew Crew” and the bride’s said “Brews before I-do’s.” “It’s a little more fun, an atmosphere where you can open presents on here, you can have music. I’ve got Bluetooth. They had champagne toasts on here!”

Her first wedding was at the Aboretum this fall. The bride, Kristen, had a dress and train that weighed more than 20 pounds. It would be hard to cram it into a car or a limo, so her mom hired the Hopper. Kristen’s bridesmaids stashed their stuff in a big compartment in the back, and there came the bride. “Everything fit, the whole thing fit right there,” Wendy laughed, pointing at the first seat. “The dress was huge. She would not have been able to climb into a limo.” They headed off, as the bridal party cranked the tunes and sang along at the top of their lungs.

As a longtime Valley resident, she has an extensive knowledge of this area. “The communities, the businesses — I can recommend stops on a bachelorette party tour. Or for weddings, with people from out of town, I could tour them around,” she said. She plans to get a second bus this spring.

So, whatever your style — whether it’s a horse-drawn carriage, a sleek sports car, or a party bus — Yakima’s got a slew of new options for brides and grooms to choose from - to arrive at their wedding in style.