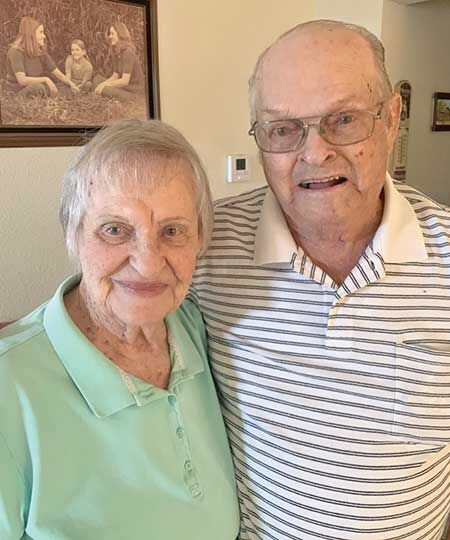 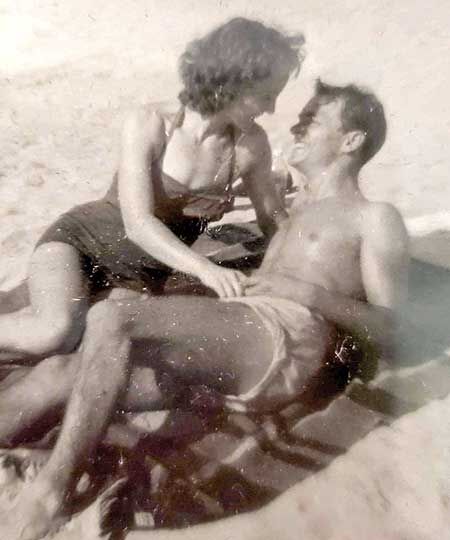 Arthur Leroy Pittillo was born on May 27, 1928 in Compton California he was one of 7 children. His first job at 10 years old was selling papers on the corner. On the morning of Dec. 7 1941, Art recalls crying out”Extra! Extra! Read all about it! Japanese bomb Pearl Harbor!” When Art turned 17 he joined the Navy and was stationed in Hawaii during the final days of the war. Laura Straub was born on August 10, 1931 in the beautiful Pacific Northwest in Oregon.

She grew up on a farm where she has wonderful memories. It was 1950, the war was over and Art had been out in Indiana selling women’s shoes when he and his buddy decided to head back out west. They landed in Detroit, Oregon where Art’s parents were living. Not to far away Laura was working at Breitenbush Hot Springs for the summer, after her first year of college. On the evening of August 31st Art and his buddy were looking to have some fun. They went into a store and spotted 3 girls, they asked them “would you like to go out to a movie?” Laura told them she had a steady boyfriend but they invited her to come along anyway. They went to the movie but ended up leaving the show and going to an outdoor dance. One of the other girls didn’t dance. So Art and Laura ended up dancing all night and it was the beginning of a romance that has lasted 70 years.

Laura was a gymnast and one day after the dance Art spotted her standing on her hands on the end of the diving board at the Breitenbush pool. That sight clenched the deal, 3 dates and 2 weeks later on September 16, 1950 Art and Laura were married. It was January of 1951 and there was a huge snowstorm in Oregon when the newly wed couple headed south for some warmer weather. They decided to make California their home. Art got a job at Nelson Roofing and worked his way up to become the Forman of the company. Laura went to work for the telephone company but 3 years later she quit when in November of 1954 they welcomed their first daughter Laura Lynn into the world. Art and Laura bought their first home on Oakhaven Drive in Stanton were Art planted roses and delighted in landscaping their yard. Life had changed for them and their friends who were also having children, now they were all hauling playpens with them to the beach.

In April of 1957 their second daughter, Kathy Louise was born she was a good baby and the planned last child. They continued to dance; square dancing now and their daughters remember watching them doing the dosy doe around the dance floor, their moms dress twirling. During this time Art and Laura joined the Grace Brethren Church and it was the beginning of growth for both of them in their Christian faith. If you were to ask them today what was one key to their 70 years of a successful marriage, they will tell you it has been their mutual shared faith in God and His Son Jesus Christ.

It was 1962 and Art and Laura moved to Sunnyside, Washington. They bought Buds Eastgate and Helen’s Cafe from Art’s sister Helen and her husband. And it became “Art’s Eastgate and Laura’s cafe. Art would arrive early and mix up the pancake batter so it was ready to go when Laura got there. Laura’s smile and vibrant personality made it a fun place for the farmers to gather. Laura would have every seat filled and have every order in her head. Together Laura and Art built “Arts Eastgate” on Highway 12 into a thriving business. Not to long after moving to Sunnyside the opportunity to buy 5 acres of grapes on Allen Rd. came along and the couple dived in. Their daughters, Lynn and Kathy have wonderful memories of growing up on the farm. Then one day the family was in the kitchen, Lynn was 11 and Kathy 8 and their mom and dad said “we have a surprise! You are going to have a baby brother or sister.” Number 3 daughter, Trudy LaRue was born in May of 1966. What a joy she was to the family! An unplanned blessing. During those years Art took up golfing which became a lifelong sport he has loved. At his urging he got Laura to join him on the golf course where they discovered she was a natural. They became quite the power couple golfing in different couples competitions. Laura actually has had 3 holes in one and Art 1 hole in one. They continue to love the sport and would tell any couple it’s important to find something you both enjoy doing together.

In 1974 not long after building their dream home on the 5 acres an opportunity arose to buy 80 acres of apples, grapes, cherries, and peaches. Art and Laura passed the truck stop on to his brother Clarence and sold the 5 acres of grapes. And they went into full time farming, in what became known as SPAR FARMS on Alexander Road. They were a team running the farm just like everything else they did, it was together. Family has been everything to Art and Laura, they have 13 grandchildren and 19 great grandchildren now. And we celebrate with them the shining example of 70 years of love and commitment to one another and to their family.

They acknowledge that every marriage has its ups and downs and it takes work. Art’s advice is,”it takes God at the center, commitment to one another and good communication. Laura says, “divorce was never an option” and “don’t let the sun go down on your wrath” in other words don’t go to bed mad, but always be willing to forgive.

Mom and Dad, Grandma and Grandpa, Your family is forever grateful to you for being a living example of love for 70 years! Happy Anniversary! We love you!!