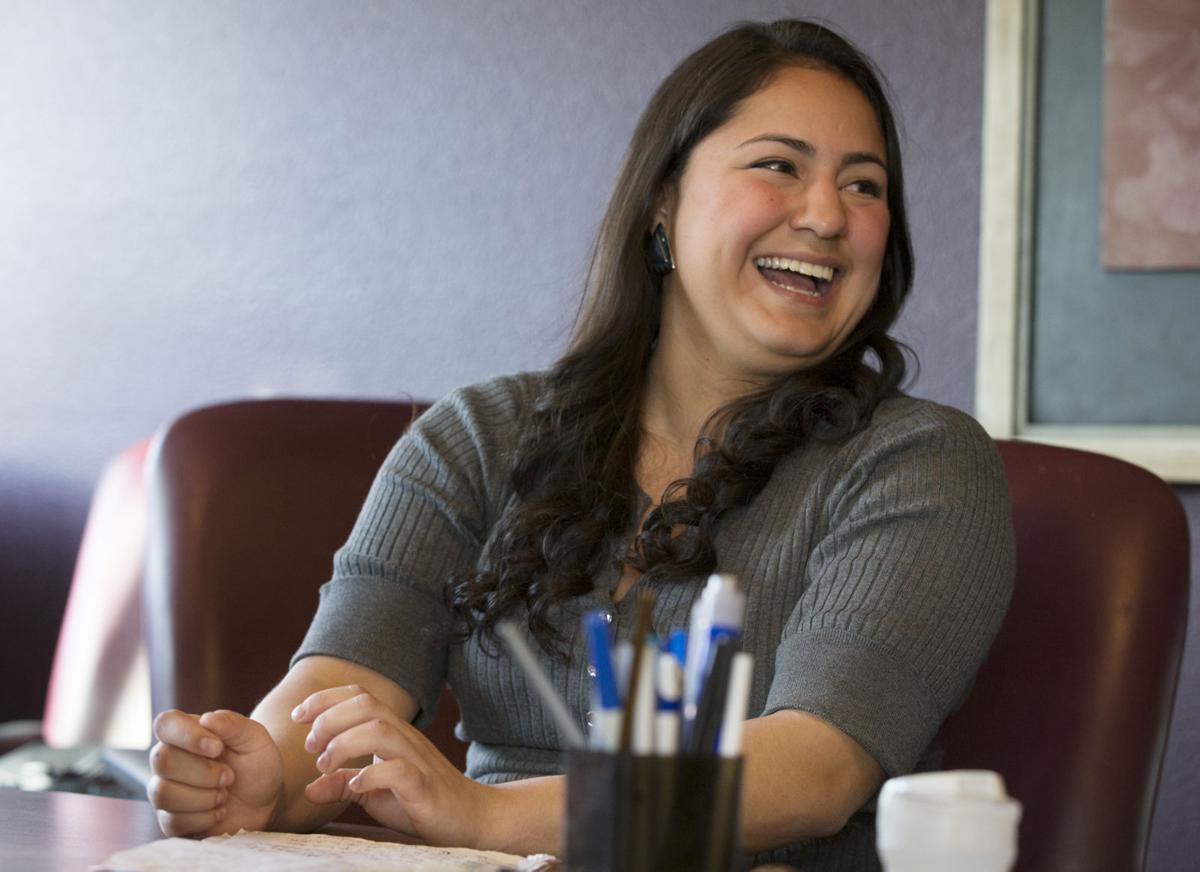 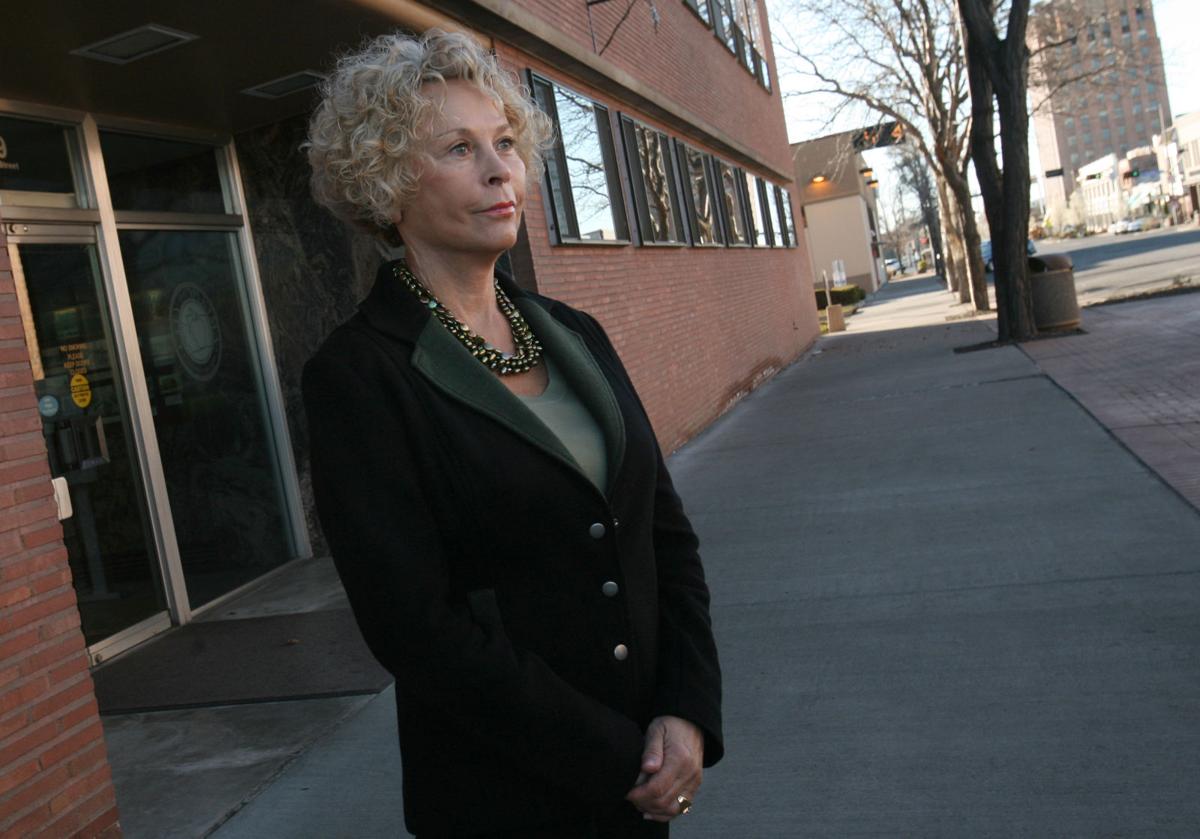 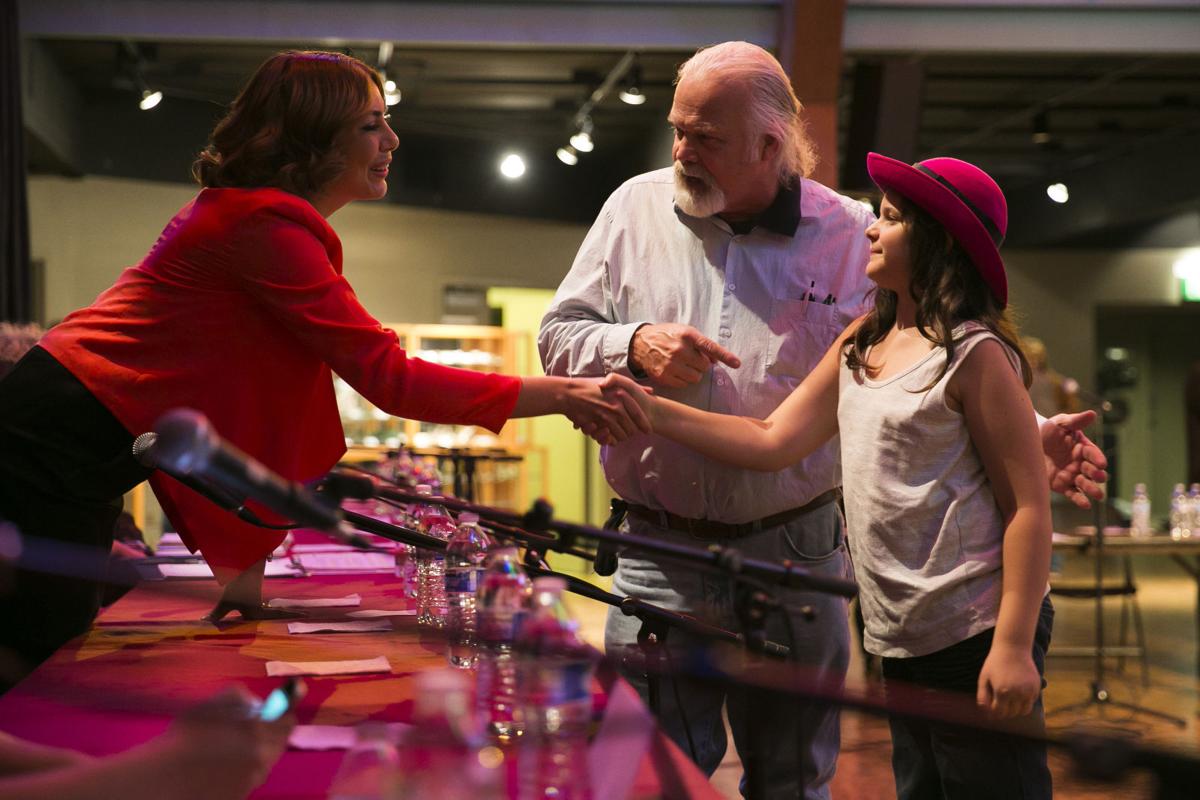 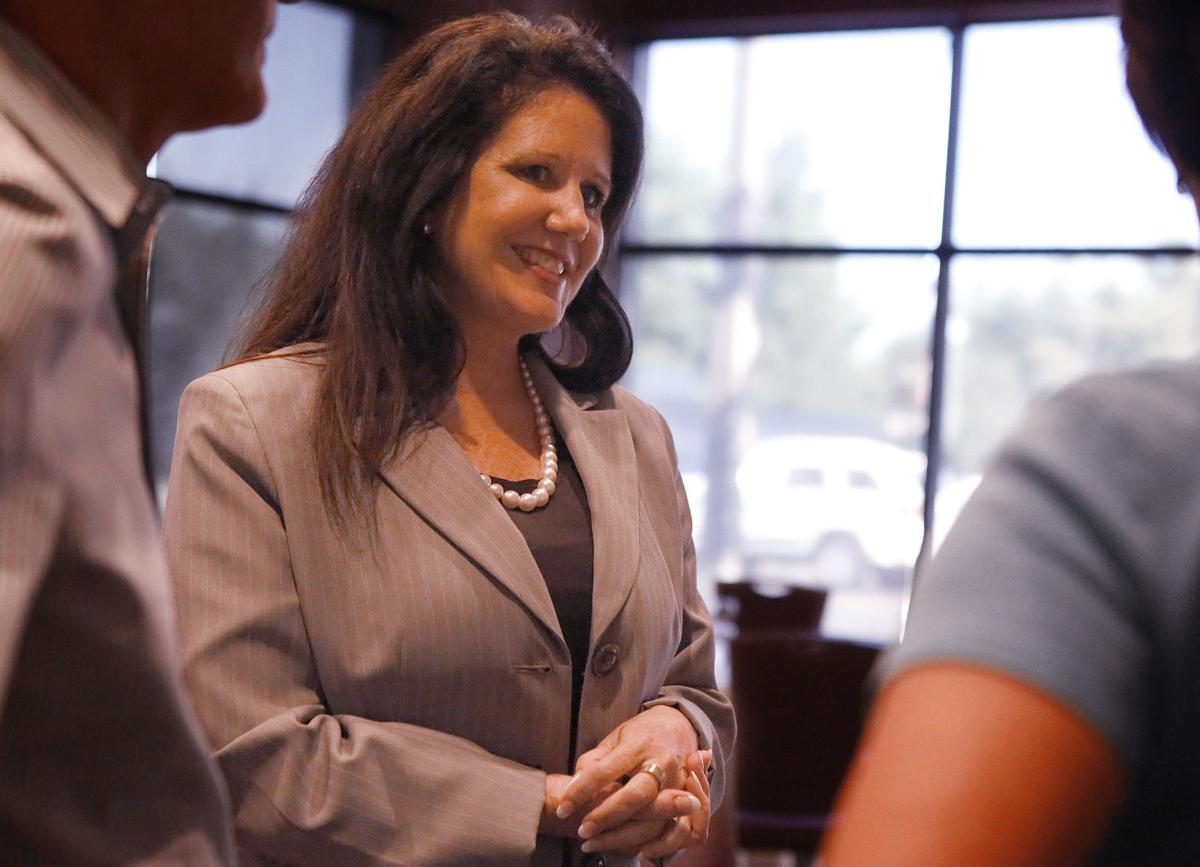 Gina McCabe chats with attendants at a fundraiser for her campaign in 2014. (Kaitlyn Bernauer/Yakima Herald-Republic file)

Gina McCabe chats with attendants at a fundraiser for her campaign in 2014. (Kaitlyn Bernauer/Yakima Herald-Republic file)

The Yakima City Council gained several new Latino members in a historic election earlier this month thanks to a redistricting plan created after a federal judge ruling on a lawsuit by the American Civil Liberties Union.

But another piece of history was also achieved during that election: The first female majority in the history of the Yakima City Council.

A woman was elected in all but one of the seven newly created districts: Incumbents Kathy Coffey and Maureen Adkison were re-elected in District 5 and 6, and four new women candidates — Dulce Gutierrez, Avina Gutierrez, Carmen Mendez and Holly Cousens — won the District 1, 2, 3 and 7 races, respectively.

“Anytime anything happens that shakes up the status quo, there’s an opportunity,” said Jean Sinzdak, associate director for the Center for American Women and Politics at the Eagleton Institute of Politics at Rutgers University. For Dulce Gutierrez, having a female majority in the Yakima City Council is an opportunity to break stereotypes regarding women in public office. One such stereotype is that

the women members on the council will serve as a monolith.

“We just share the same gender,” she said. “We come from different socio-economic backgrounds and with different political views from one another.”

Perhaps it should not be a surprise that success for women candidates locally occurred in  Washington state, which has fared better than the rest of the U.S. when it comes to women representation in state and national politics.

Since the Center for American Women and Politics started tracking figures in 1975, Washington state has ranked in the top 10 in women representation in state legislatures every year except 1983 — when it ranked 11th. Currently, the state ranks fourth at 33.3 percent — well above the 24.3 percent national average.

Women make up 42 percent of congressional representation in Washington state, compared to around 20 percent nationwide.

And “the fact you have two U.S. Senators (Maria Cantwell and Patty Murray) who are women are impressive,” Sinzdak said.

“You have had so many women visible in public leadership for a sustained period of time,” she said. “It’s easy to imagine (women in office) when you’ve had a number of women before you.”

During her first legislative session earlier this year, state Rep. Gina McCabe met with a group of freshman women representatives weekly to trade ideas and help each other maneuver the legislature process.

And that relationship has led to opportunities for McCabe: Most recently, she was chosen to co-chair a legislative task force that will explore best practice models for managing sexual assault  examinations.

The task force was part of House Bill 1068, a bill co-sponsored by Orwall. McCabe, 52, also found a mentor in staff member Wanda Brosey, who has worked as a legislative assistant for two decades. She had served under former Rep. Charles Ross before he left the seat in 2014.

“I felt like I had a lead because of her expertise and longevity,” she said.

While a female majority in the Yakima City Council is historic, there has always been a steady stream of women involved in local politics.

Kathy Coffey said she looked up to women like Betty Edmondson who served in several local city councils and served in the state House, and Lynn Carmichael, who was mayor of Yakima from 1982 to 1984.

“We’ve had a tremendous amount of local and state women (politicians) as role models,” said Coffey, 68.

But she only ran for office in 2007 after she was approached by state Rep. Norm Johnson and the late state Sen. Alex Deccio. At the time she had just retired as president of the Yakima Valley Visitors and Convention Bureau (now Yakima Valley Tourism).

While Coffey spent most of her career in tourism, she often met with representatives in Olympia to advocate for the local and state tourism industry.

“I was pretty familiar with how all that worked,” she said.

The biggest block for women in politics isn’t electability but that there hasn’t been as much encouragement for them to run, said Sinzdak of the Center for American Women and Politics. “The No. 1 reason women don’t run — (according to) surveys — is that nobody asks them.”

Women often struggle with constant questioning on why they would want to juggle politics with traditional roles such as raising a family.

“I’ve been asked several times, ‘Can you handle it?’” said Carmen Mendez, who recently won the District 3 Yakima City Council race. “‘Are you going to have enough time? How are you going to prioritize?’”

Even the 28-year-old’s own mother has expressed skepticism: “I have to explain to her, very simply, that I do put my family first, but I also have career goals that I want to be able to achieve. Those are priorities too.”

Sinzdak said such questions reflect people’s tendency to fall back on traditional views regarding women’s roles in society, but women shouldn’t feel discouraged by them.

Women candidates who are successful “just handled the situation and learned to answer the question,” she said. “It didn’t prevent them from getting elected.”

And now that women have been elected to various city councils, those members can let their actions speak for themselves, said Dulce Gutierrez.

“We will be able to change the narrative little by little,” she said. “I think that respect will come with time.”

Betty Edmondson was a force to be reckoned with.