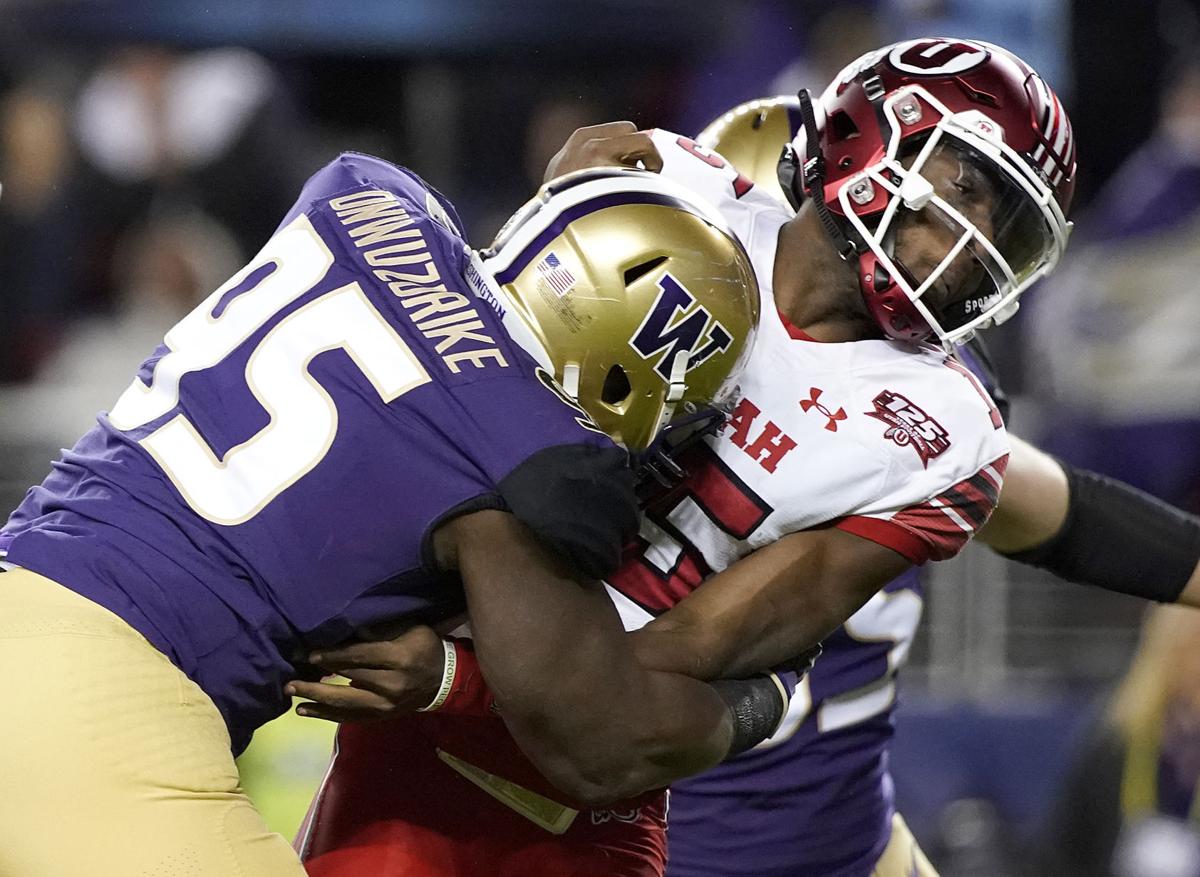 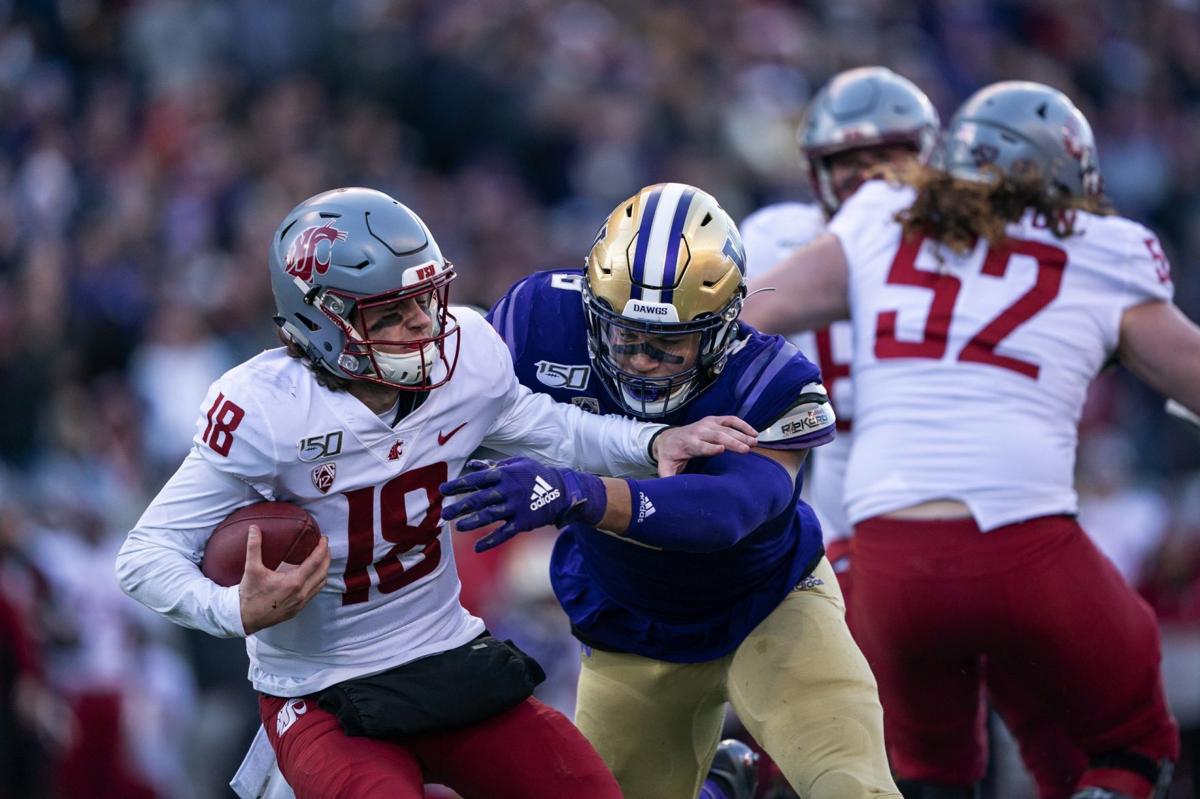 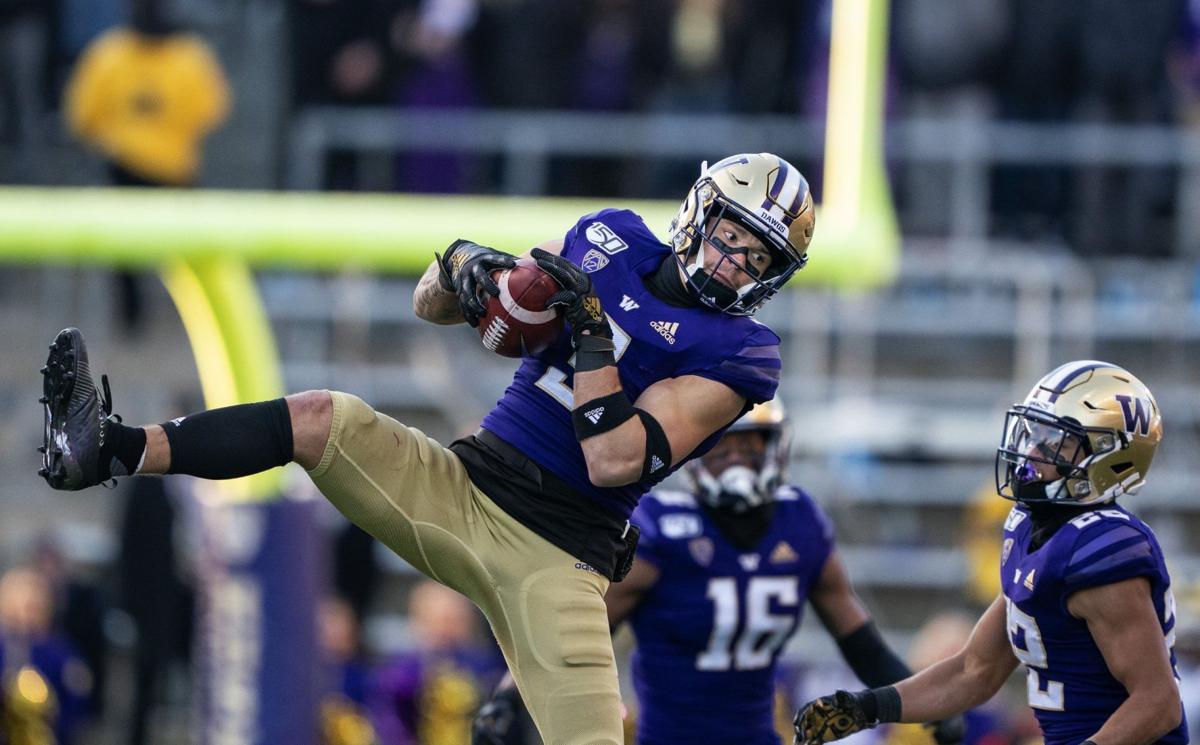 Washington's Elijah Molden comes down with the interception of WSU quarterback Anthony Gordon in the first quarter. (Dean Rutz / The Seattle Times)

Washington's Elijah Molden comes down with the interception of WSU quarterback Anthony Gordon in the first quarter. (Dean Rutz / The Seattle Times)

SEATTLE — Levi Onwuzurike did not want to settle for second.

At his pro day last month, the former UW standout stated a desire to be the first defensive tackle taken in the first round of the 2021 NFL Draft.

And while he didn’t accomplish his goal, Onwuzurike was selected by the Lions with the 41st pick in the second round on Friday — three picks after New England made Alabama’s Christian Barmore the first defensive tackle off the board. He’s the second Husky to be taken, after outside linebacker Joe Tryon went to the reigning Super Bowl champion Tampa Bay Buccaneers with the final pick of the first round on Thursday.

Elijah Molden joined the duo later Friday when the two-time Pro Football Focus second-team All-American cornerback was taken by the Tennessee Titans with the 100th overall pick in the third round.

ESPN NFL Draft analyst Mel Kiper Jr. said of Onwuzurike: “He’s disruptive. Not the sack guy, but a disruptive force. He commands that double team, shows good explosiveness at the snap, strong hands. Immediate leverage advantage for Onwuzurike. He was disruptive, I thought, against the run at the point (of attack) and in lateral pursuit. He never really posted the sack numbers that you’d prefer to see with someone with his size and his overall physicality and ability, but he showed flashes in that area with the Huskies. His motor is good.

“I think if he’s coached up properly, instead of just being disruptive, he can finish and get more sacks along the interior.”

Onwuzurike — a 6-foot-3, 290-pound defensive tackle — earned first-team All-Pac-12 honors in 2019, then opting out of his fifth season in Seattle last fall. In 39 career games at UW, the Allen, Texas, product and former four-star recruit racked up 95 career tackles with 16 tackles for loss and seven sacks.

When Tryon, a 6-foot-5, 259-pound pass-rusher from Renton, was selected by the Bucs, he kept it simple on an Instagram ive story immediately after the:

“Y’all getting the best edge in the draft,” he said.

Tryon also opted out of the 2020 season, though he added last month that “watching my teammates play, it wasn’t a lot of fun. I missed being out on the field. I wish we could have had a normal season. But with what the circumstances were, I made the decision I had to make and ran with it.”

Molden’s unassuming size (5-10, 192) and 40-yard dash time (4.58 seconds) didn’t matter quite as much as four straight seasons of transcendent tape.

“One of the better picks in round three,” Kiper Jr. said of Tennessee’s selection. “Here’s a guy, forget workout numbers, height, weight, speed, all of that stuff. For a pure football player, he could be on the top of your list.”

He certainly was that at UW, where the West Linn, Ore., product and former four-star recruit was a three-time All-Pac-12 selection who contributed 153 career tackles with 25 passes defended, seven tackles for loss, five interceptions, four forced fumbles and two fumble recoveries.

Copyright 2021 The Associated Press. All rights reserved. This material may not be published, broadcast, rewritten or redistributed without permission.