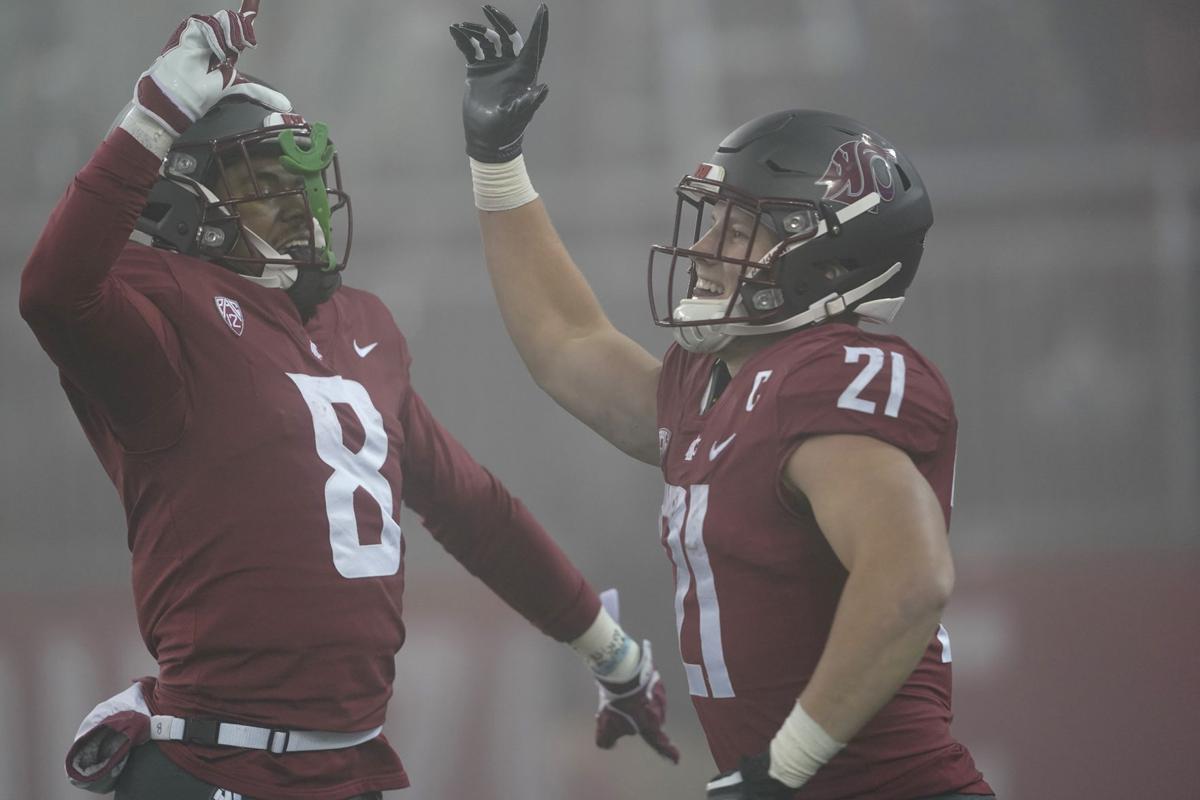 SEATTLE — Jake Dickert understands the passion and the history of the Apple Cup.

Washington State’s interim football coach knows what it would mean to WSU fans to end the seven-game losing streak to Washington, and he knows that the Cougars have a chance to play in the Pac-12 title game if they do that.

But he didn’t want his players thinking about any of that as they prepared for the rivalry game Friday at Husky Stadium.

“There is a history and a passion for this game that Coug fans all over the country have, and we respect that, and we understand that, and we are excited about representing our team and our university and every player that has ever come through here,” said Dickert, who is 2-2 since taking over for Nick Rolovich. “We’re excited about that opportunity, but at the same time I think you can put unneeded pressure on (yourself) by understanding the pressures of the past or what has happened in the past.

“This is our moment, the 2021 team, and we’re trying to be 1-0 (in the Apple Cup). … We love that this is a passionate game for our state and our alumni base, and our players are fired up to play in it. But at the end of the day, let’s focus on what we can control to be 1-0. It isn’t about the past record, it’s about our team being 1-0 after Friday night.”

Washington State became bowl eligible with a win over Arizona last week, and the possible prize with a victory this Friday could be even bigger.

That’s because if Washington State wins and Oregon State pulls off an upset against Oregon on Saturday, that would make it a three-way tie at the top of the Pac-12 North standings. WSU would win the tiebreaker over Oregon and Oregon State — with the best record in North Division games at 4-1 — and play in the Pac-12 title game.

Not that Dickert wants to discuss it much.

“The biggest message I had to the guys — their heads aren’t in the sand and they hear it and they understand it — but we need to control what we can control,” Dickert said. “So we understand (the situation), but we’re not going to talk about it much … It’s exciting, but we don’t control those things.”

Dickert doesn’t want this year’s team burdened by its recent history in the Apple Cup, but there is a large group of departing seniors — at least 14 — who have never won one and dearly want to.

Symbolic of the game’s importance are the Apple Cup countdown clocks that Rolovich had installed last year when he was hired; they remain in place.

“We have one by the offices of our staff for us to look at and one in the locker room that our players get to look at,” Dickert said Tuesday of the countdown clocks. “If you want to win rivalry games, there has got to be a greater commitment. And I think that’s what the clocks represent. We’ve got to be committed daily to what are we trying to do to win this game and not just game week. What are we doing 365 days a year to compete and that’s what those (clocks) represent for our program.”

Game week started the second after the 44-18 win over Arizona, when Dickert said he saw a different vibe as the players walked off the field.

“It was just guys understanding what is in front of us, the passion of this game and how we want to finish,” Dickert said. “It’s not just the Apple Cup, but we want to finish the season on a high note and prepare ourselves for what could potentially be next.”

Linebacker Jahad Woods, a sixth-year senior, talked to reporters last Friday night about what a victory in the Apple Cup would mean to him.

“I’m thinking about it right now,” he said after the win over Arizona. “I’m thinking about it immediately. I want to win this game so bad, not only for the teammates that I have now and the coaches I have now, but for my teammates that didn’t win it these past five years that I’ve been a part of playing in the Apple Cup. It’s something that’s super important to me and I’m not going to take this week lightly.”

The Cougars are a 1 1/2-point favorite to win, but Dickert knows the Cougars face a big challenge.

“We know it’s going to be a tough environment, we know it’s on the road, and we know it’s probably going to be raining,” he said. “But we’ve got to control the things we can control — and that is our attitude, our focus and our technique. That is the mindset of the week.”

Note: Dickert said Tuesday that safety Daniel Isom and cornerback Chau Smith-Wade, who suffered undisclosed injuries against Arizona, are doubtful to play in the Apple Cup.

Copyright 2021 The Associated Press. All rights reserved. This material may not be published, broadcast, rewritten or redistributed without permission.